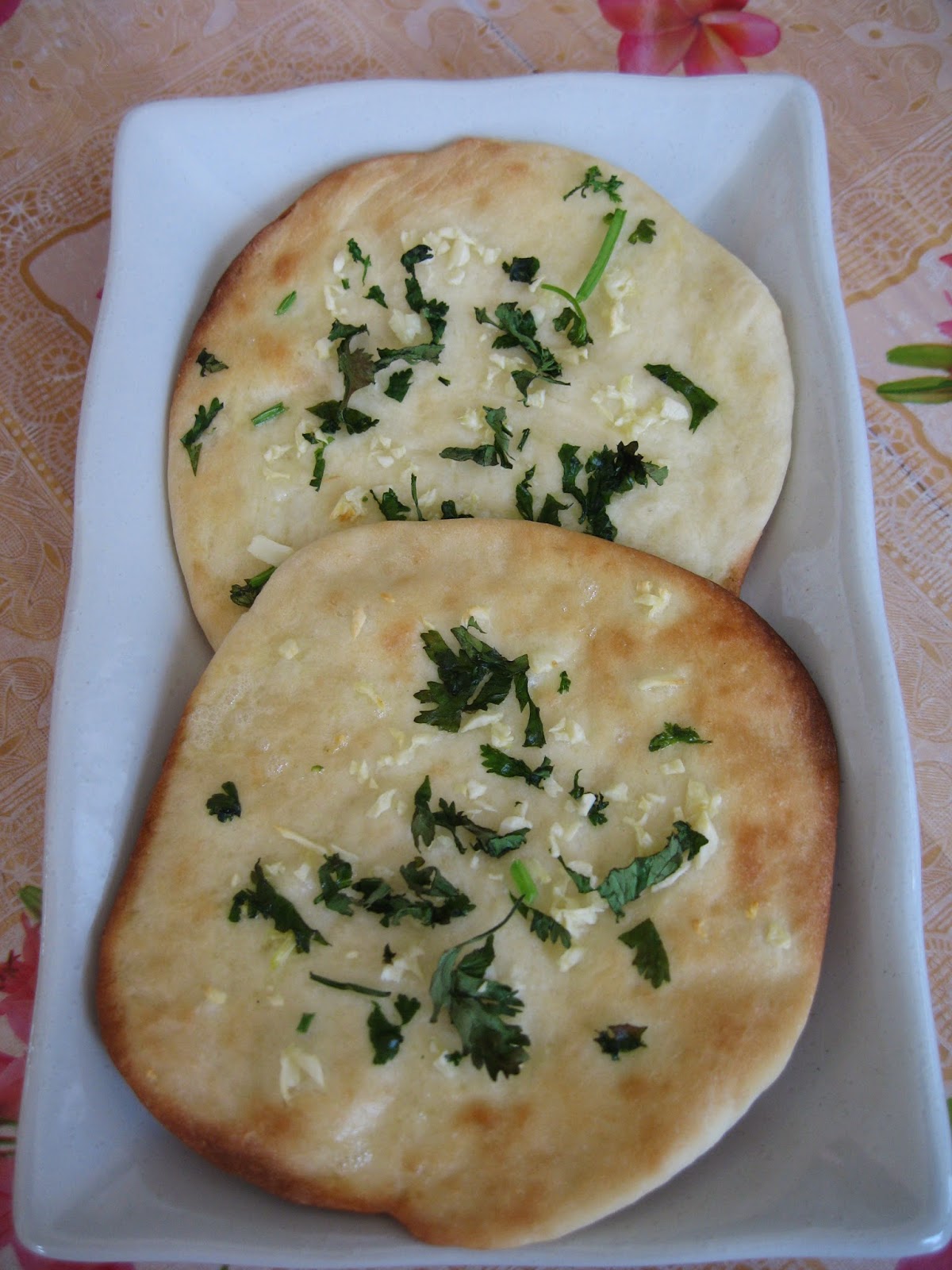 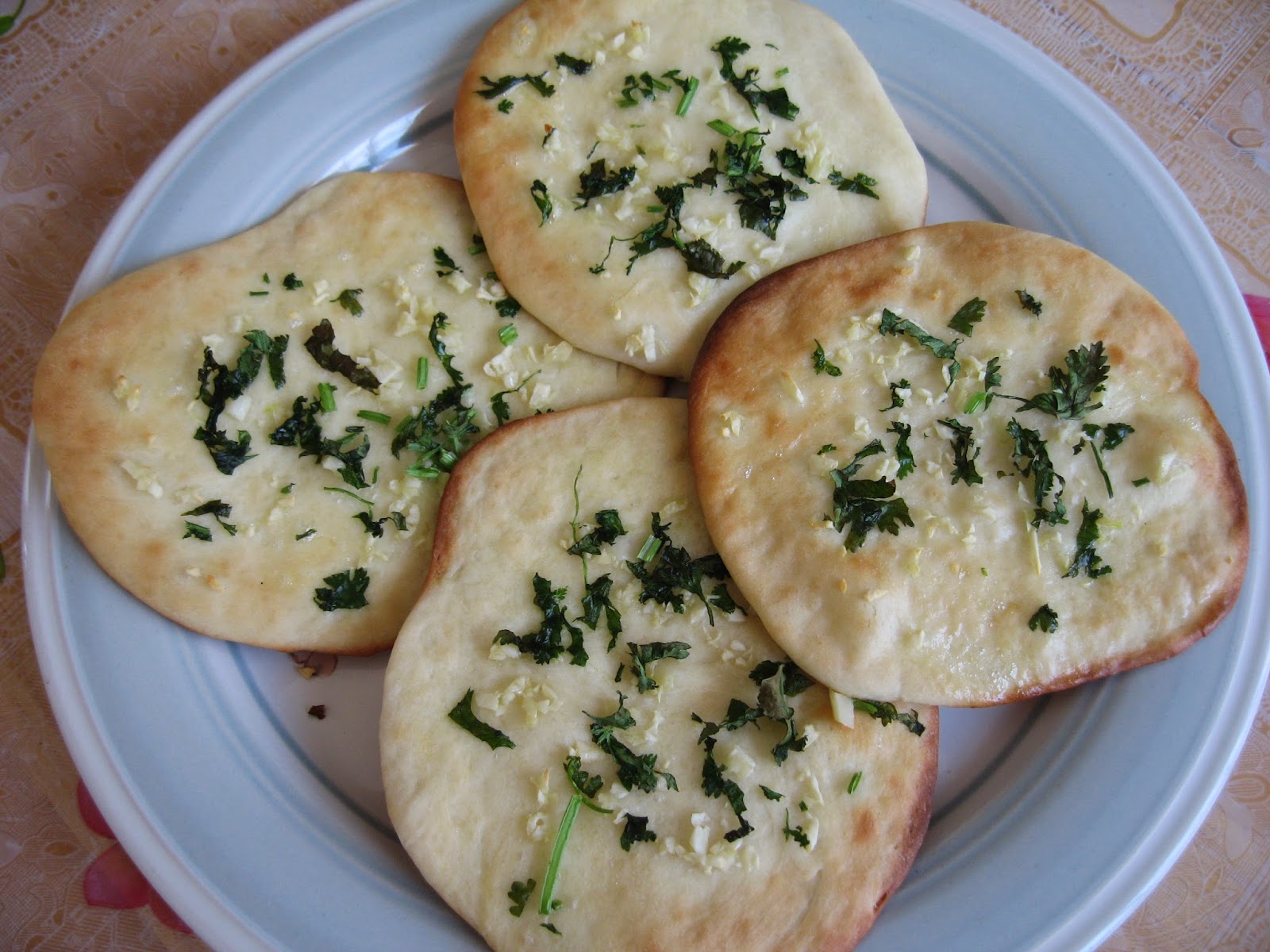 My perception of naan are those which I ate from Indian restaurants with an assortment of  curries and tandoori chicken. Those naan are thick and large and you must dip them in curries because they are rather bland by itself.

This recipe which I had just tried out instructed that the naan be made into small discs which are thin and crispy. The slight tinge of saltiness and the flavour from the chopped garlic and parsley made these naan very tasty and fragrant. You do not need to dip them in curries. They tasted great as they were. According to the recipe source, they are meant to be finger food.

I made them for our weekend brunch. We washed down these naan with Indian Masala Chai. They were great! In fact, these naan tasted better than those I had eaten at restaurants around my neighbourhood!

Ingredients for the dough

1.  Dissolve sugar in warm water.
2.  Add yeast, salt and baking soda to the flour. Also mix in the yoghurt and melted butter.
3.  Pour in the sugar solution. Mix into a soft dough and knead until the dough becomes smooth and elastic. About 15 minutes.
4.  Place dough into a large oiled bowl and cover with cling film. Leave it in a warm place and let it rest until double in size. About 1 1/2 hours in our hot Malaysian weather.
5.  Punch down the dough and knead it again. I divided the dough into 12 pieces. ( It depends on the desired size of the naan ).
6.  Roll out the naan into small circular disk. Brush with melted butter and sprinkle generously with chopped garlic and chopped parsley.
7.  Bake in preheated oven at 180 degree for about 8 minutes. 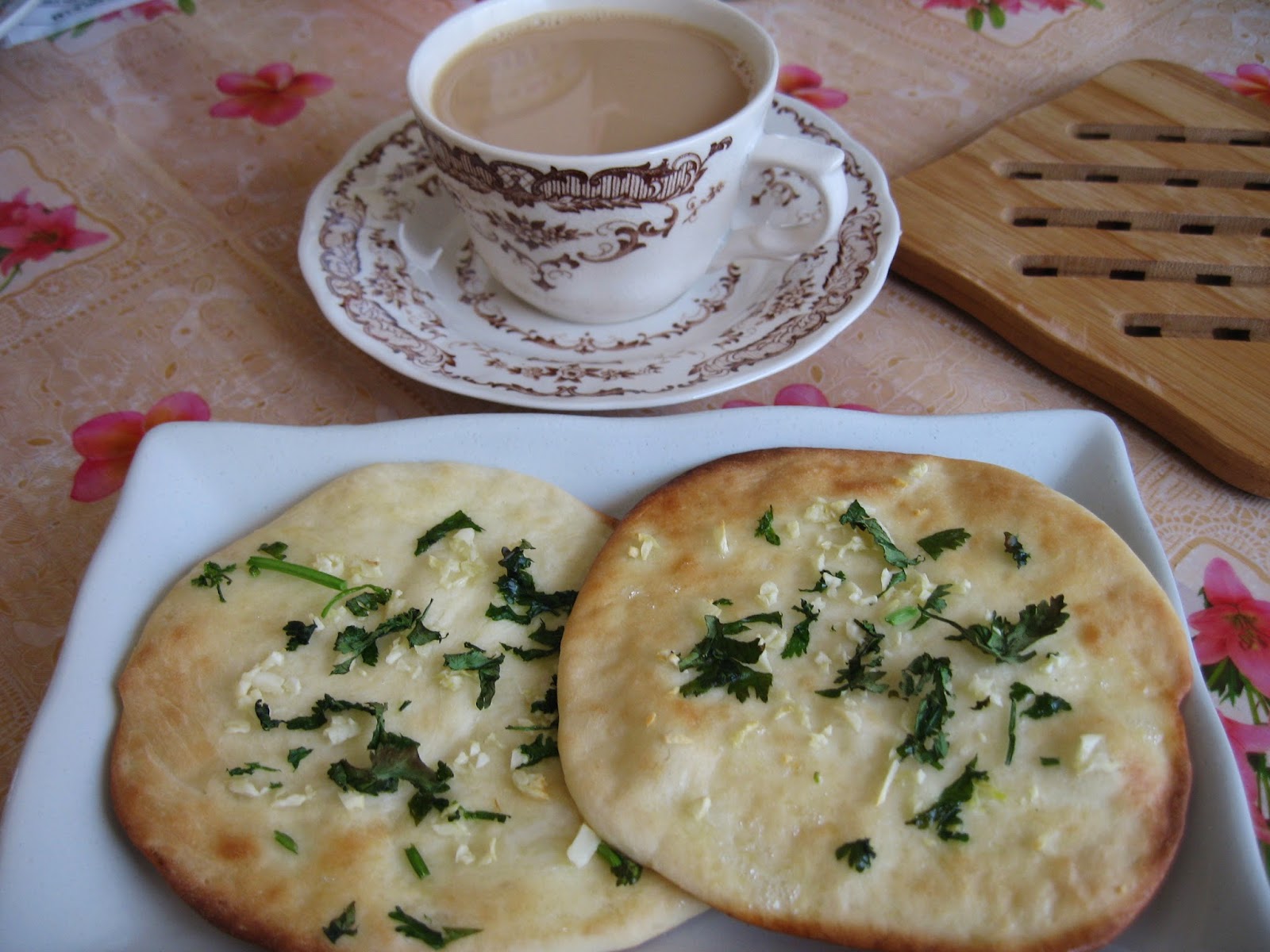 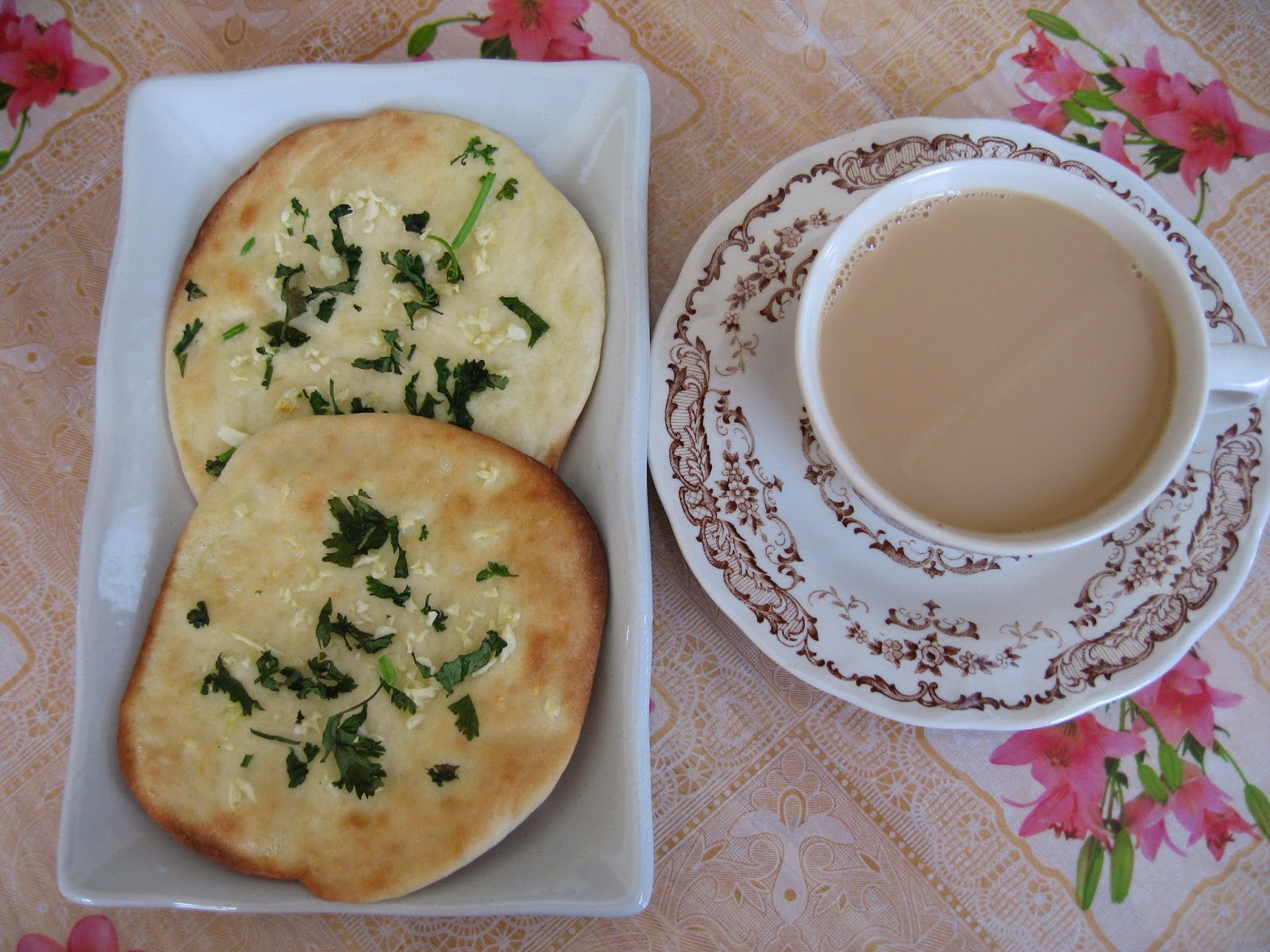 I am submitting this post to Asian Food Fest  : Indian Subcontinent
Hosted by Alvin of Chef and Sommelier