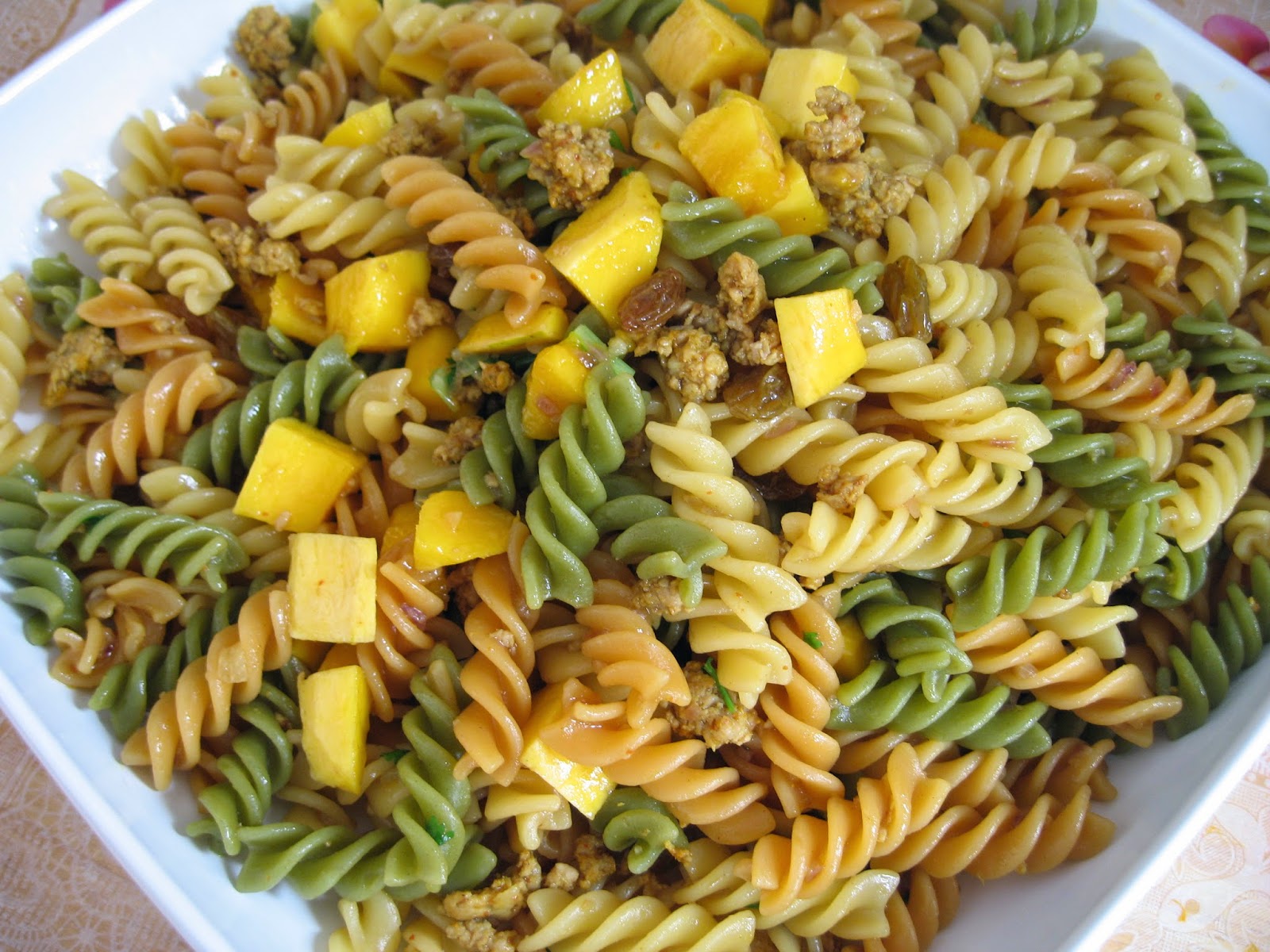 I saw this interesting recipe from the above-mentioned cookbook and I was inspired by its concept of using mango and raisins to cook pasta. However,  I had made several adjustment to suit my family's taste preference. I cut down on the amount of meat and therefore I had to reduce the corresponding amount of spices which were used to marinate the meat. The seasoning ingredients were my own addition.

My son commented that it was the weirdest pasta dish he has ever eaten. This was because he does not like fruits to be cooked in any way whatsoever. He prefers fruits to be eaten fresh. But for this pasta dish, he gave the thumbs-up sign because his mouth was too full of this delicious fruity fusilli to give praise!

Despite his praises, he maintains that this is weird! Oh boy!


1.  Marinate the minced pork/chicken with turmeric powder, cinnamon, cumin, chilli flakes and pepper for 30 minutes.
2.  Boil fusilli according to package instructions until al dente. Drain and set aside. Retain 150ml of the liquid from boiling the fusilli.
3.  Heat a frying pan until hot. Add 2 tbsp oil and saute chopped garlic and shallot until fragrant.
4.  Add in the marinated pork/chicken and stir to loosen the minced meat. Pour in the liquid retained from boiling the fusilli. Allow to simmer for a few minutes. Add in pasta and seasoning ingredients. Stir to mix well. Fry until almost dry.
5.  Add in the mango cubes, raisins and chopped Chinese parsley.
6.  Dish up and serve. 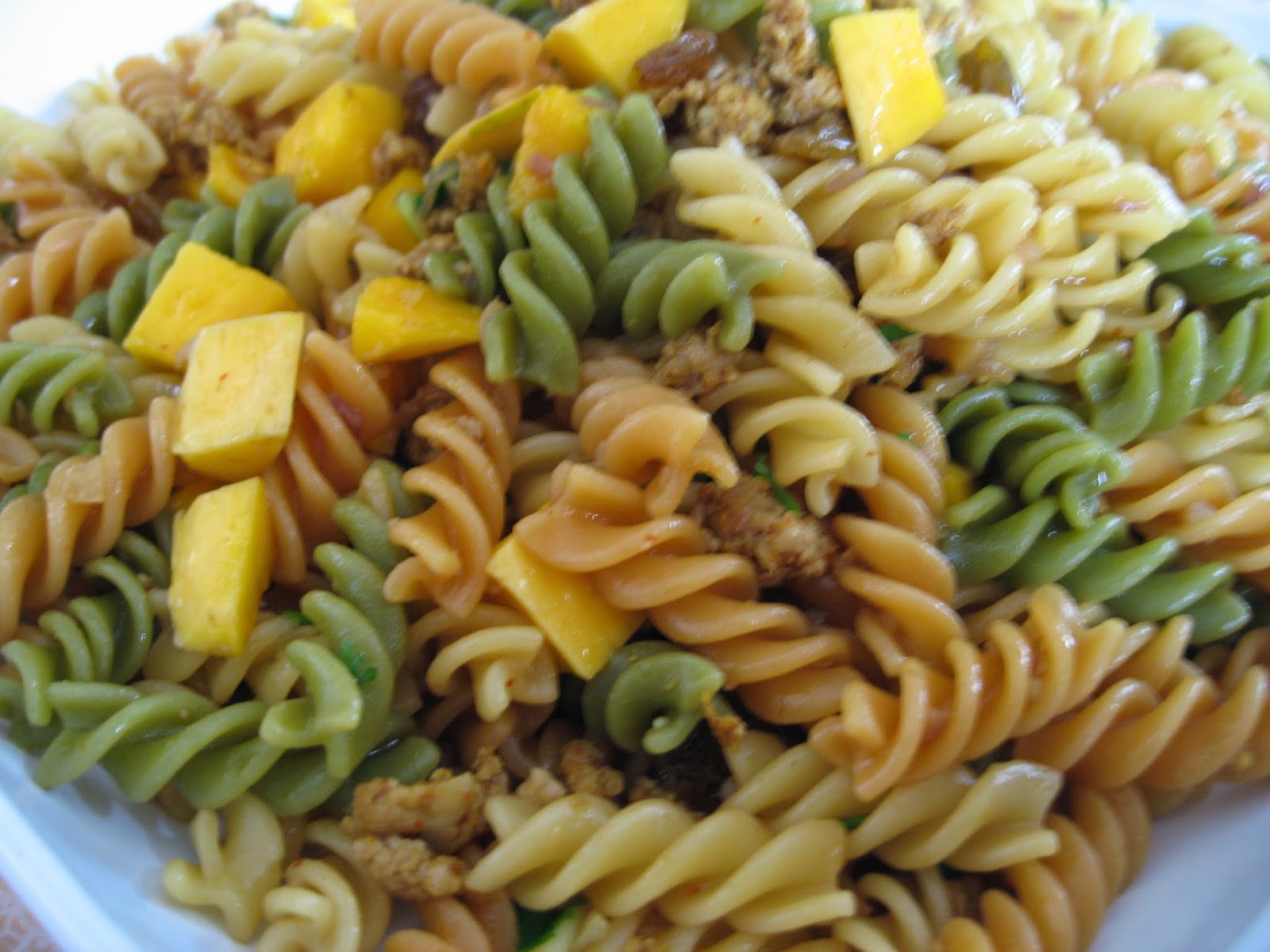 I am linking this post to Little Thumbs Up