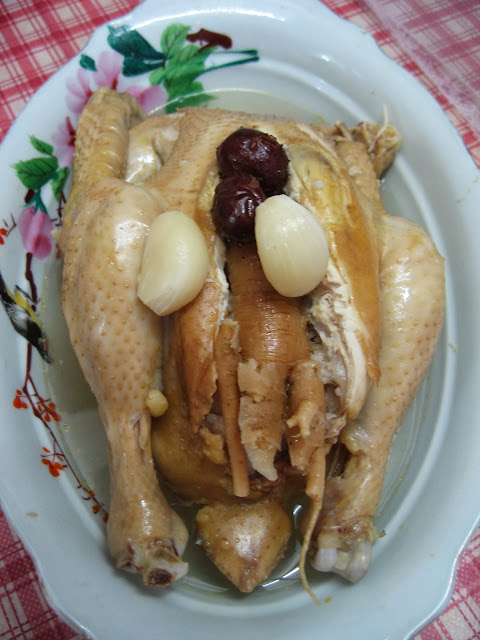 The aroma of ginseng was rather strong during the cooking process and there was an instance where the flavour of garlic was strong as well. But it was only for a short while.

The end result? The soup was richly  flavoured by the ginseng root and the chicken. 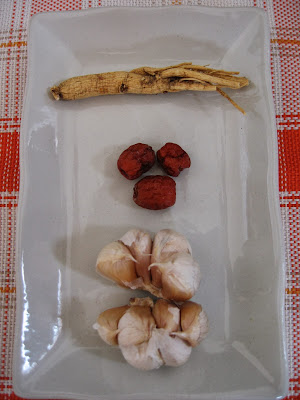 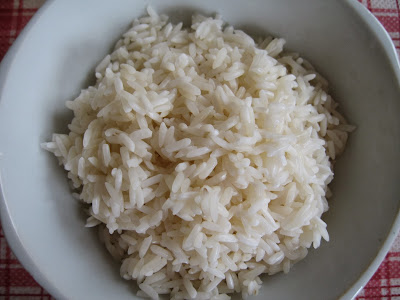 
1.  Soak 1/4 cup of glutinous rice for a few hours.
2.  Place ginseng root in a pot, add water to boil until the root turns soft.
3.  Stuff chicken with glutinous rice, red dates, garlic and the softened ginseng root.
4.  Place the stuffed chicken into the ginseng soup and throw in the remaining garlic into the soup and boil over rapid fire for 45 minutes or until the chicken is tender.
5.  Serve with salt and pepper. 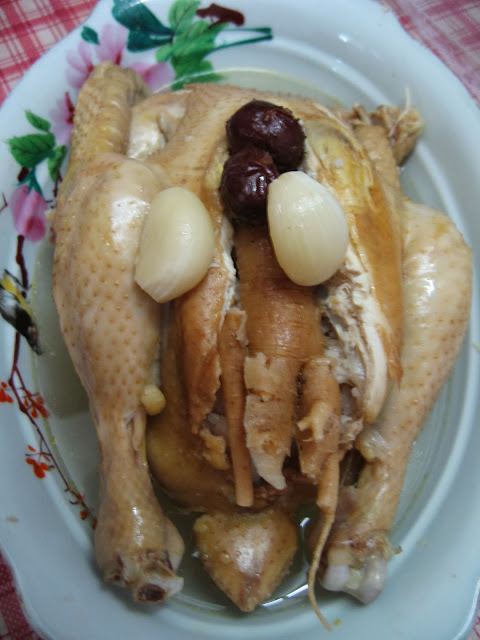 I am submitting this post to Asian Food Fest  : Korea
Hosted by Sharon of Feats of Feast