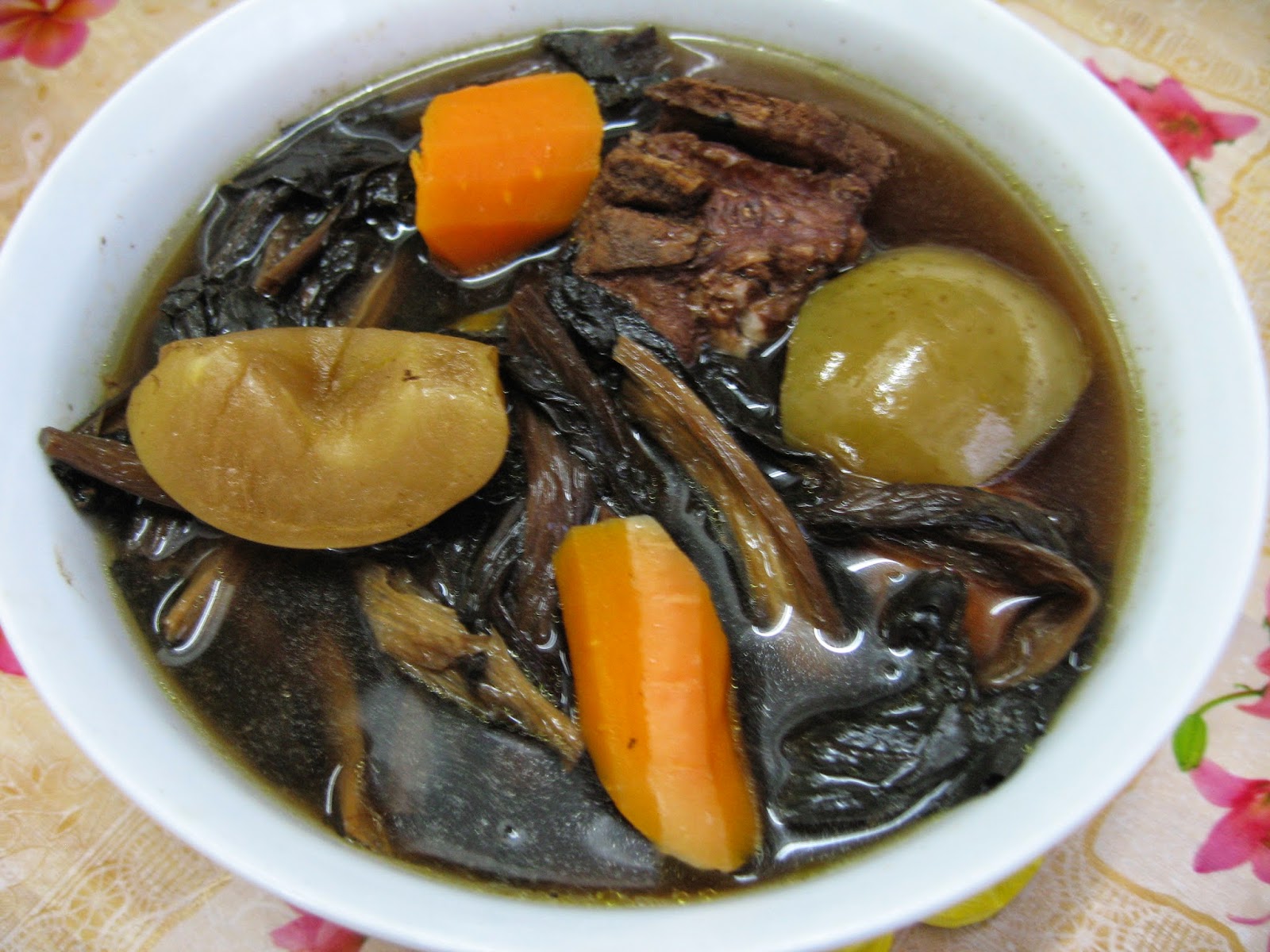 I often boil dried Chinese cabbage soup but this is the first time I added apple and carrot to it. The soup is appetising with a very slight tinge of sourish flavour, brought about by the addition of apple. I find it rather refreshing.

1.  Bring a pot of water to boil.
2.  Add in the dried Chinese cabbage and switch off flame.
3.  Allow to cool before cleaning the leaves.
4.  Change water several times and open up the leaves carefully to remove grit and dirt.
5.  Rinse several times and cut into 4cm lengths. 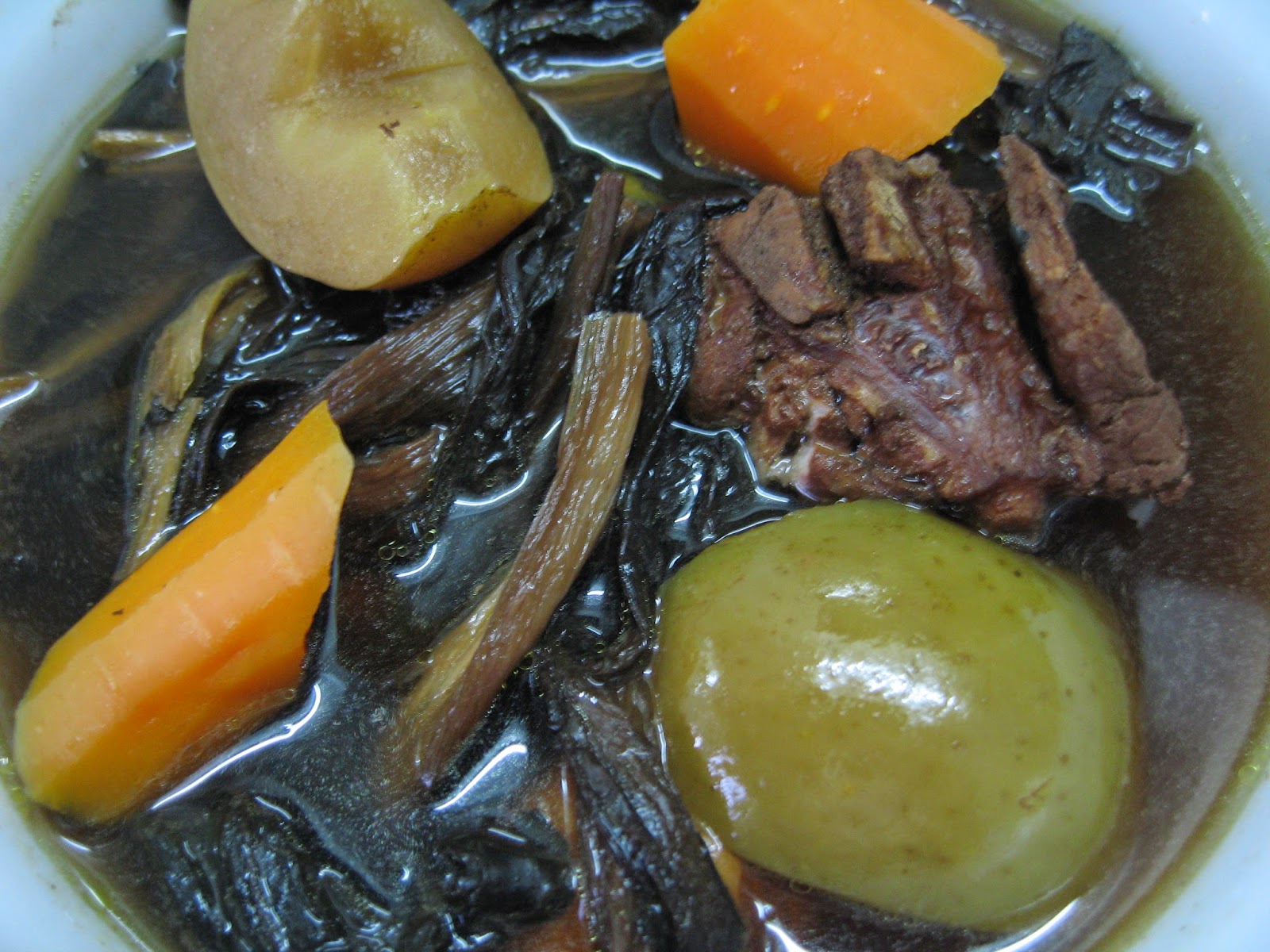 The theme for September 2014 is Apple

Hosted by Kit @ I-Lost In Austen