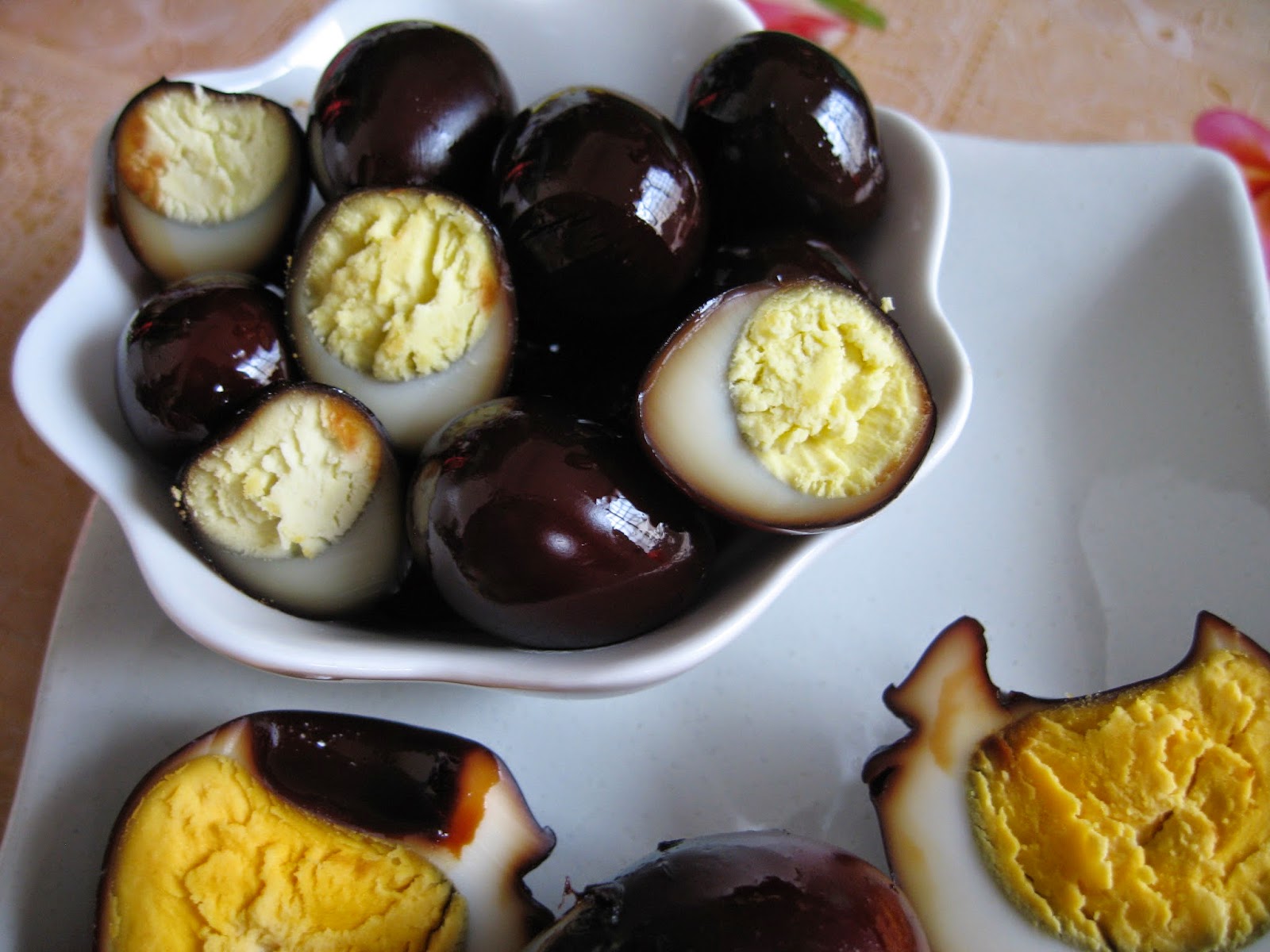 According to Wikipedia, iron eggs were created by a restaurateur who served snacks to the dock hands in a seaside town in Taiwan. It was discovered by chance on one rainy day when business was slow. Because of the slow business, she had to continually recook the eggs to keep them warm after taking them out of the stew. The recooking and drying process eventually resulted in eggs that were dark, flavourful, and chewy. They were extremely popular with the locals in Taiwan. The restaurateur eventually founded a new business based on her iron egg recipe, selling them under the brand Apotiedan : 阿婆鐵蛋; literally: "Grandma's iron eggs").

Iron eggs are a specialty of Danshui, a town situated to the north-eastern part of Taipei, Taiwan. They are usually made from chicken or quail eggs. This popular snack is easily available along the streets and stalls which lined the roads of Danshui. It is so popular that iron eggs are now among the top rated national snacks of Taiwan.

The making of iron eggs is a very tedious process. It involves boiling, cooling down the eggs and reboiling again to achieve the desired dark colour and chewiness. All in, we repeated this tedious process eleven times.  But of course, the result was well worth all the effort we put in.

My youngest son was really excited when he knew I was making iron eggs. In fact he was hovering around me to watch the work-in-progress for he wanted to observe first-hand how the eggs changed in colour and texture as I boiled and reboiled the eggs over and over again. He actually helped to set up an extra fan to expedite the cooling-down process of the eggs.

My son and I, do not eat egg yolks but for these iron eggs, we made an exception because the whole egg was so chewy and bursting with flavours! And I especially like the quail eggs because I can easily pop the whole tiny egg into my mouth! Mmmmm, delicious!

N.B. -  A point to note is that the eggs tend to crack due to the repeated boiling and handling. So do be very careful and gentle in handling the eggs. 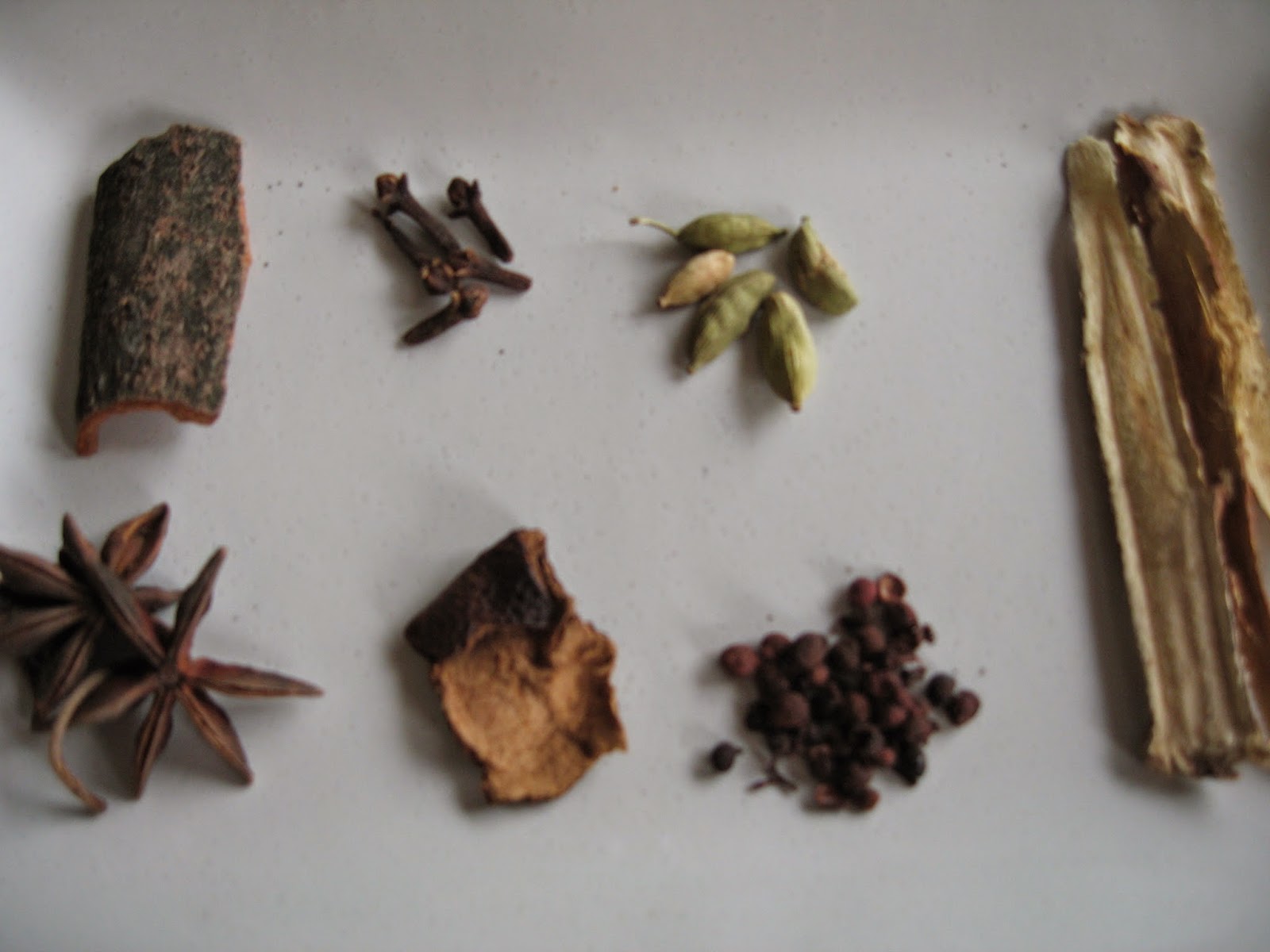 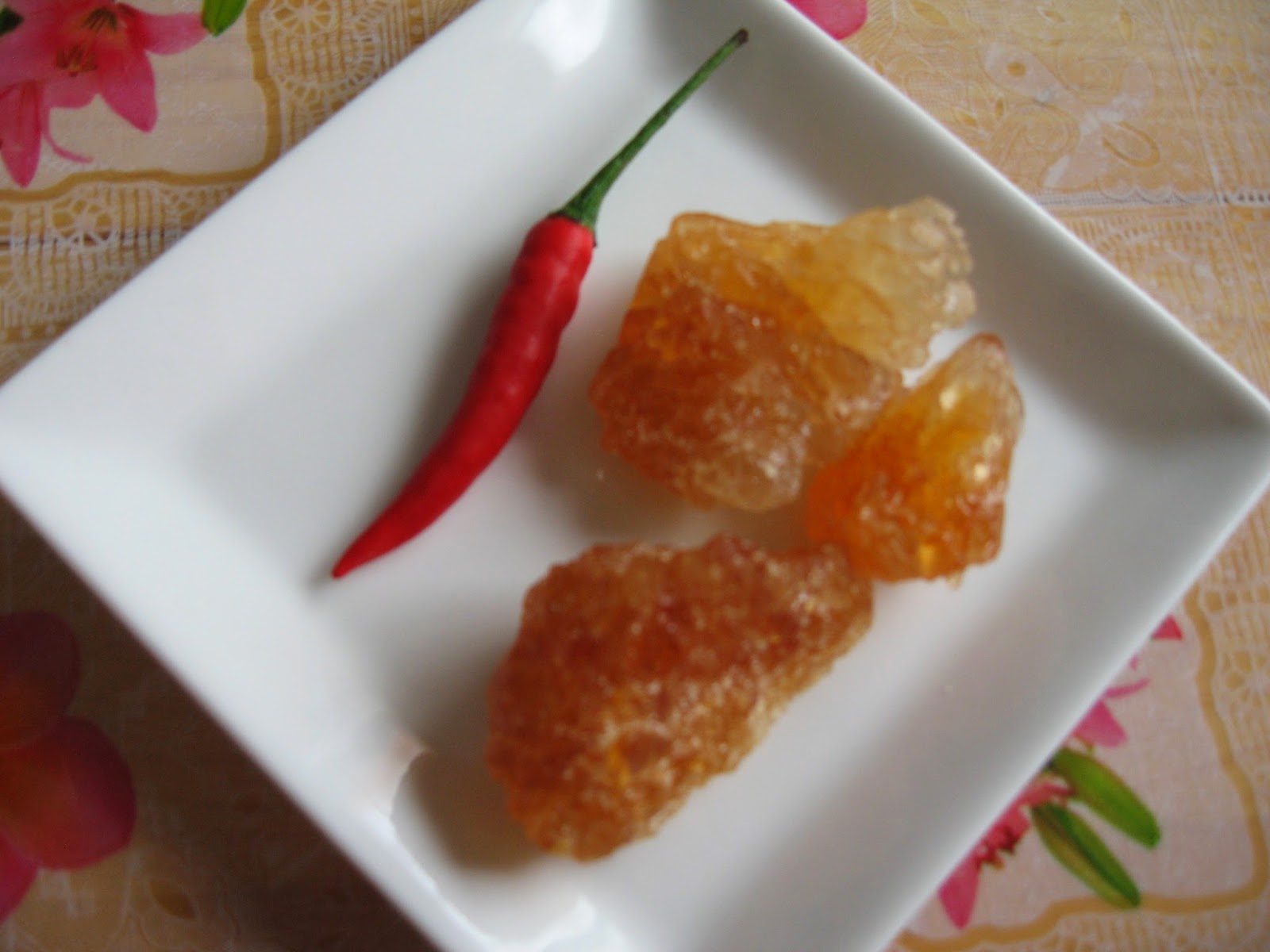 
1.  Place 6 cups of black tea, hard boiled eggs and the mixed spices into a medium-sized pot. Bring to the boil, then reduce heat to medium and simmer for 10 minutes. Turn off heat. Remove the eggs from pot.
2.  Air-dry the eggs by using an electric fan. Once eggs has cooled down, place the eggs back into the pot to boil again for 10 minutes.
3.  Repeat the process for 10 times until the eggs are dark brown. 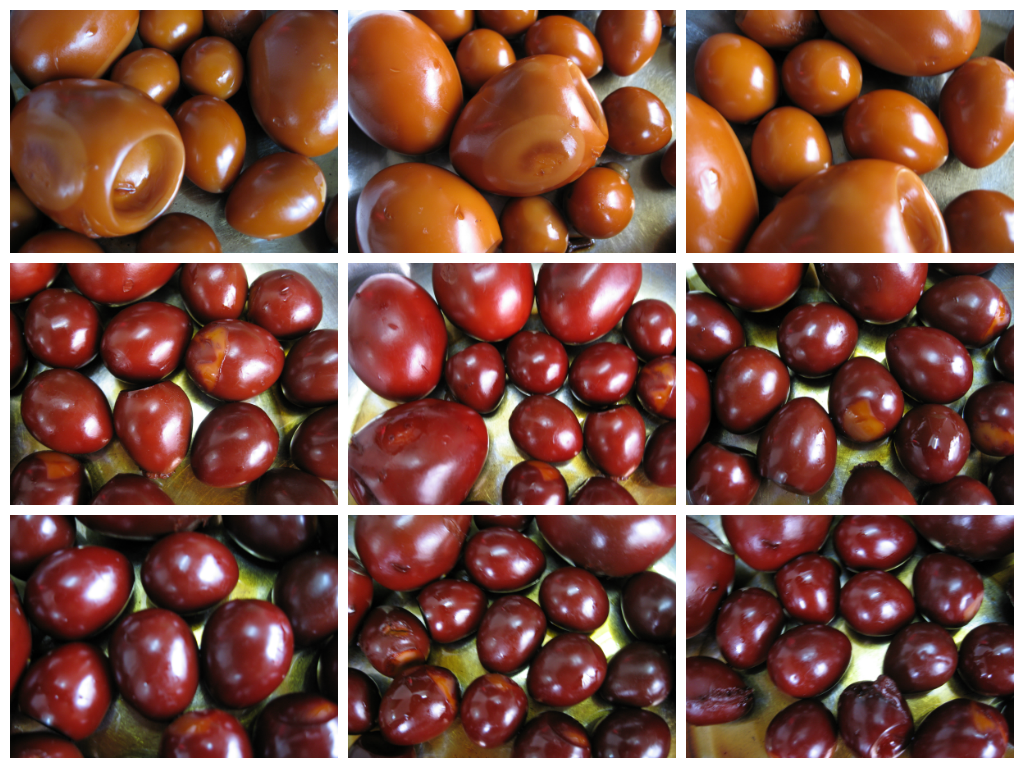 These pictures are to be viewed from left to right and from top down -
You can see the interesting changes in hue of these eggs
from light to darker brown as they were being boiled and air-dried repeatedly. 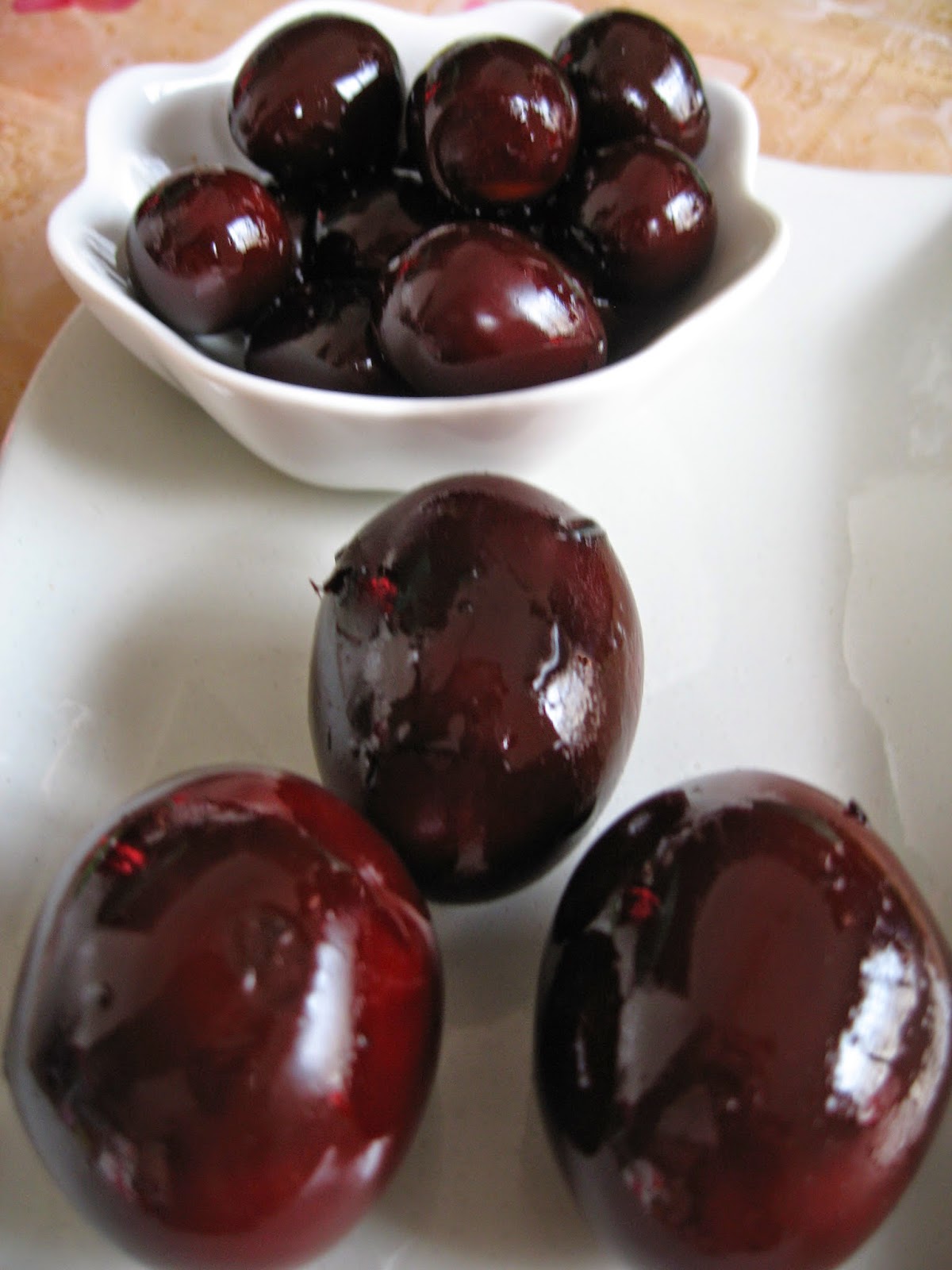 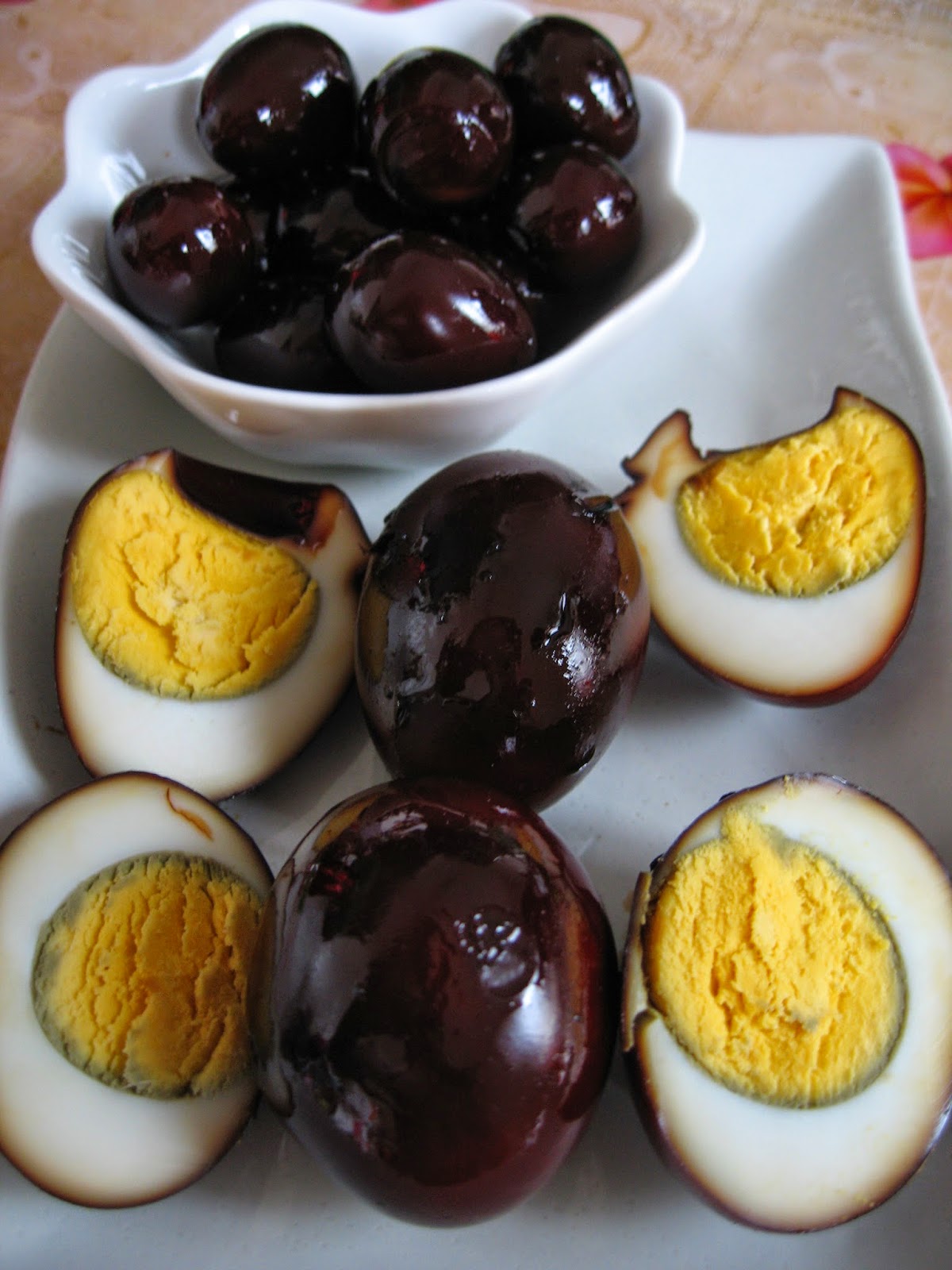 I am submitting this post to Asian Food Fest #10 August 2014  : Taiwan
Hosted by Alan Goh of Travelling Foodies