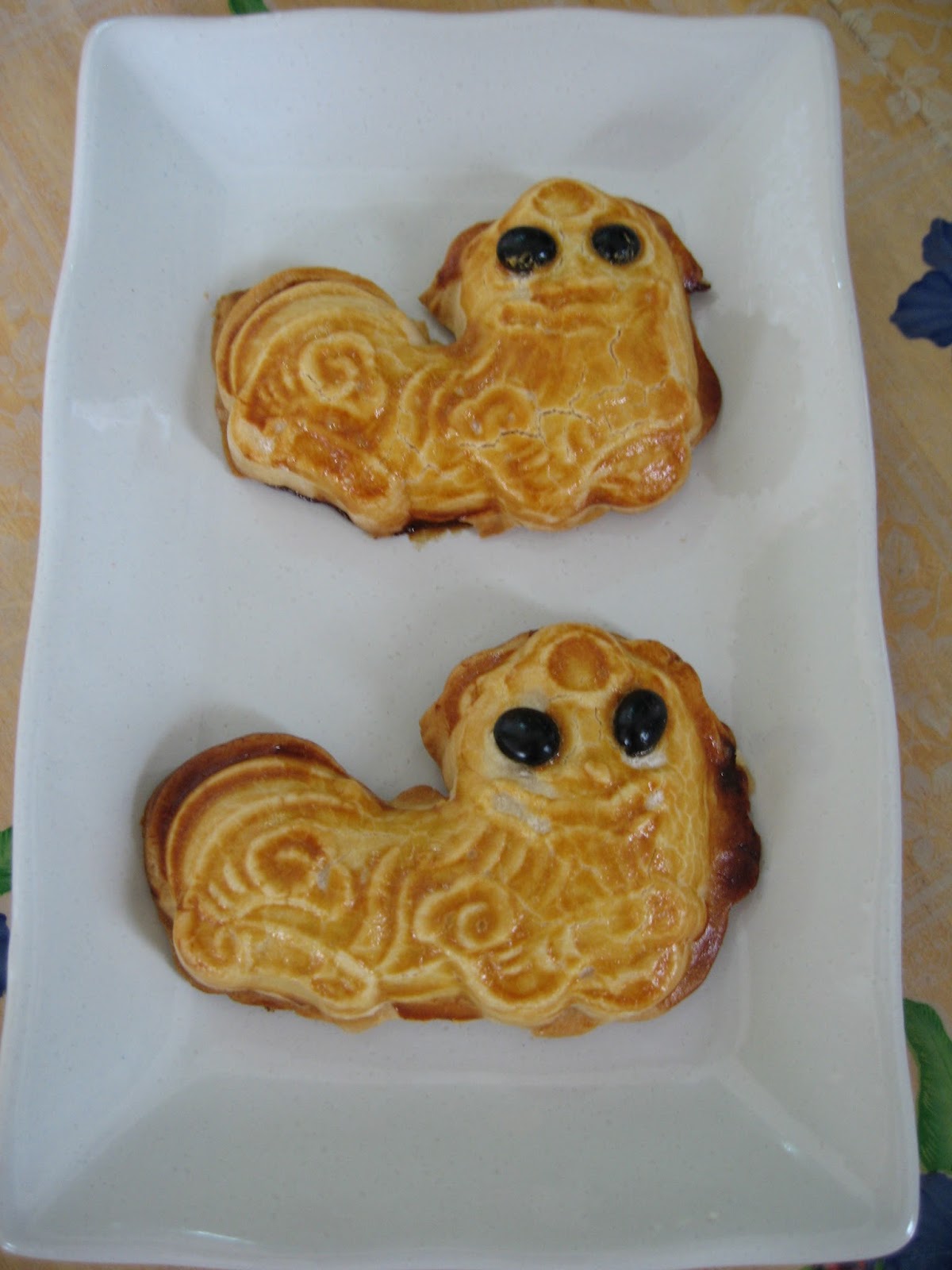 
I made these figurines because of nostalgia more than anything else. Seeing wheat figurines being sold around town in anticipation of the coming Mid-Autumn Festival brought back childhood memories. When my siblings and I were young, our maternal grandmother would buy for each of us,  beautiful lanterns. In addition, she would be visiting us bearing boxes of mooncakes. I was attracted more to the wheat flour figurines than the round mooncakes. I still remember some of the figurines which were in the form of piglets with accompanying tiny red plastic baskets encasing them.

I remember all of us siblings coveted the figurines possessively to admire and to play with rather than eating them! But of course, eventually all those biscuits ended up in our tummies!

Once YS discovered that there is no filling inside this "mooncake", he did not bother to taste it! I guess one needs to acquire a taste for this to fully appreciate this old-time biscuit from a different generation. But then again, if no one passes over the baton, cultural values and tradition will be lost! 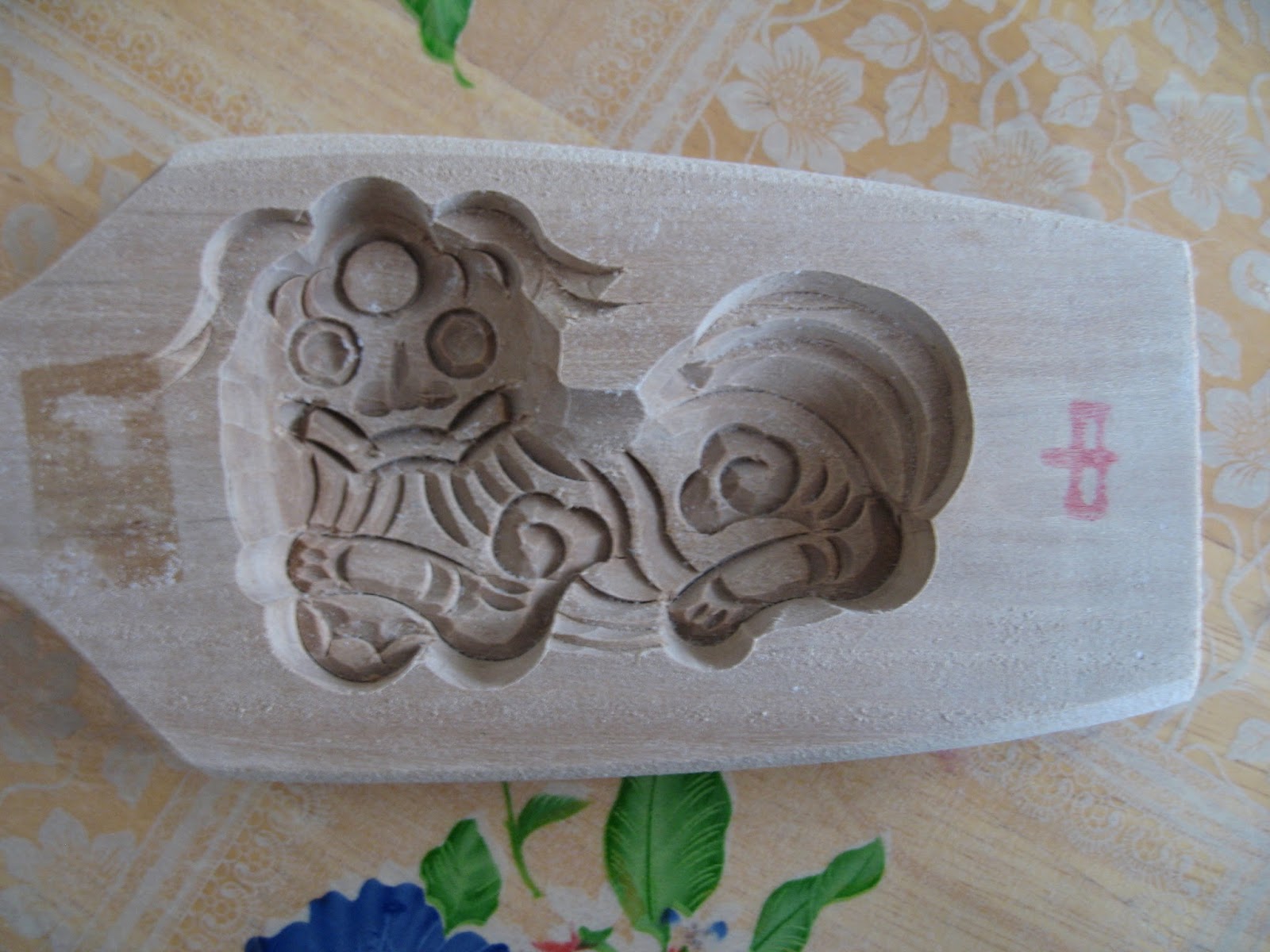 The wooden mould that I used The lion-shaped mooncakes just knocked out from its mould 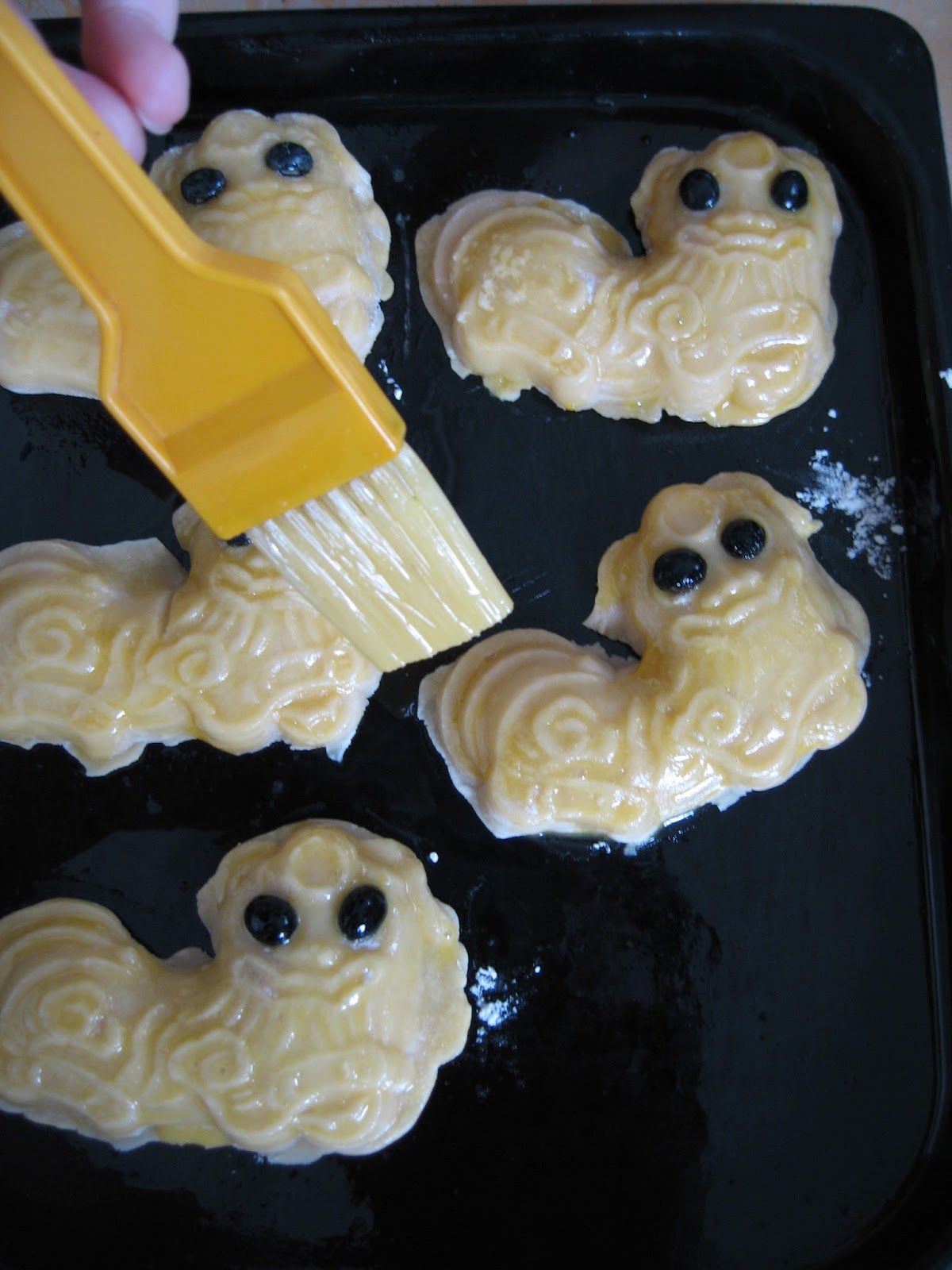 
1.  Mix flour, syrup and oil thoroughly. Cover with a cloth and set aside for 3 hours.
2.  Sprinkle the mould with flour. Press dough into the mould and shape it accordingly.
3.  Put in baking tray and bake about 30 minutes at 180 degree C or until slightly browned.
4.  Remove from oven and brush with egg wash.
5.  Bake for another 10 minutes. 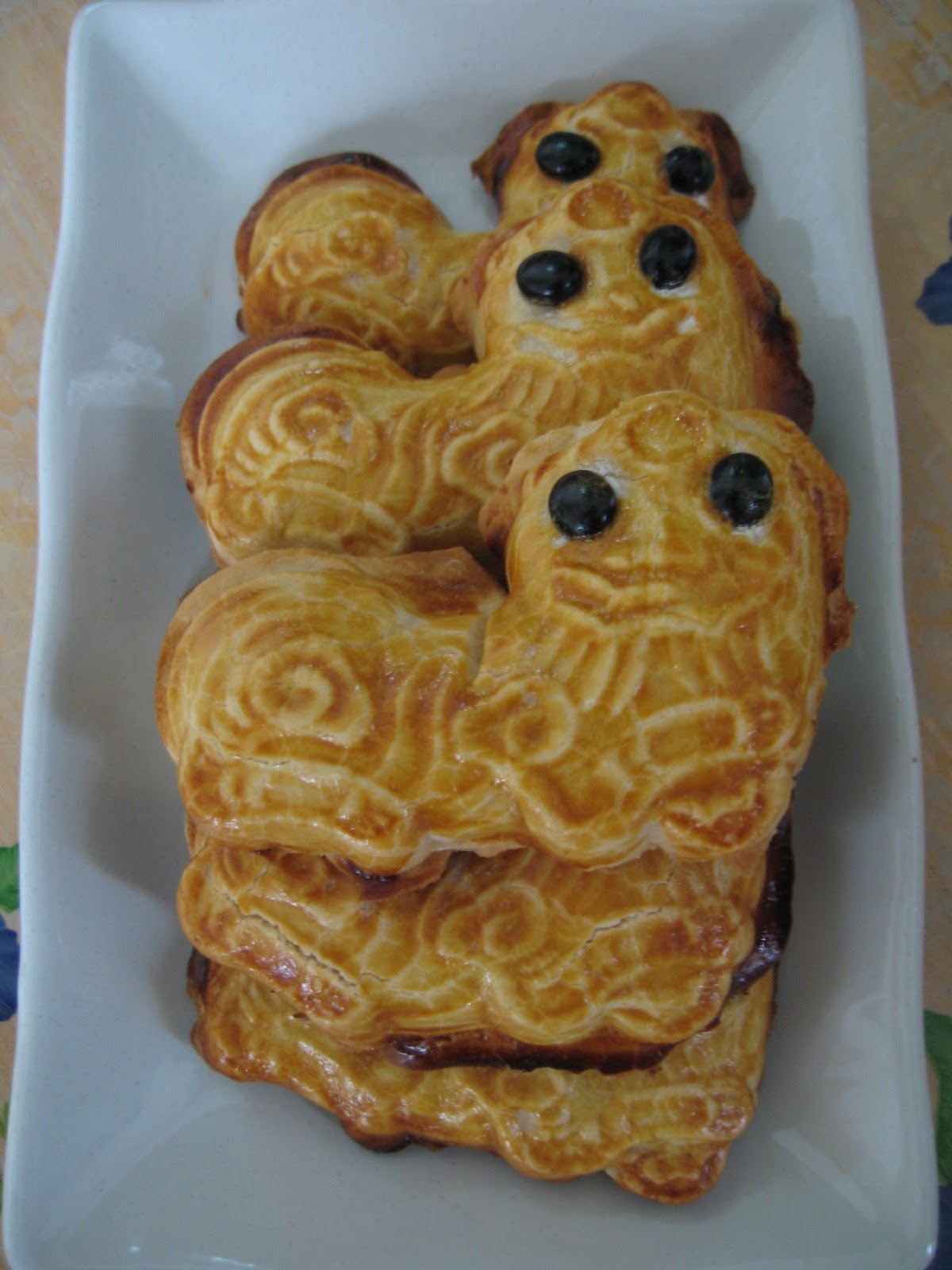 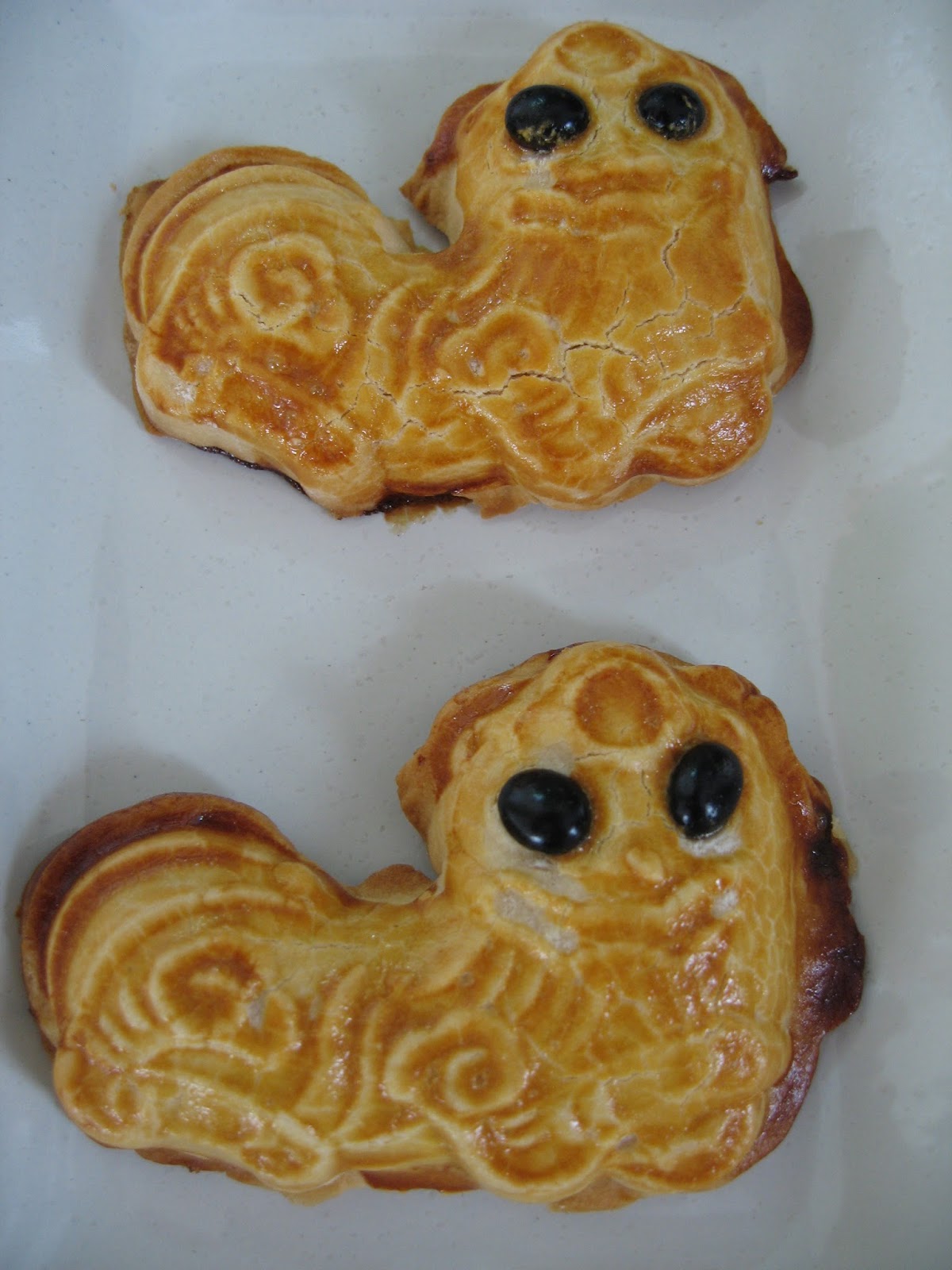 I think they look cute instead of fierce-looking

Organised by Joyce of Kitchen Flavours