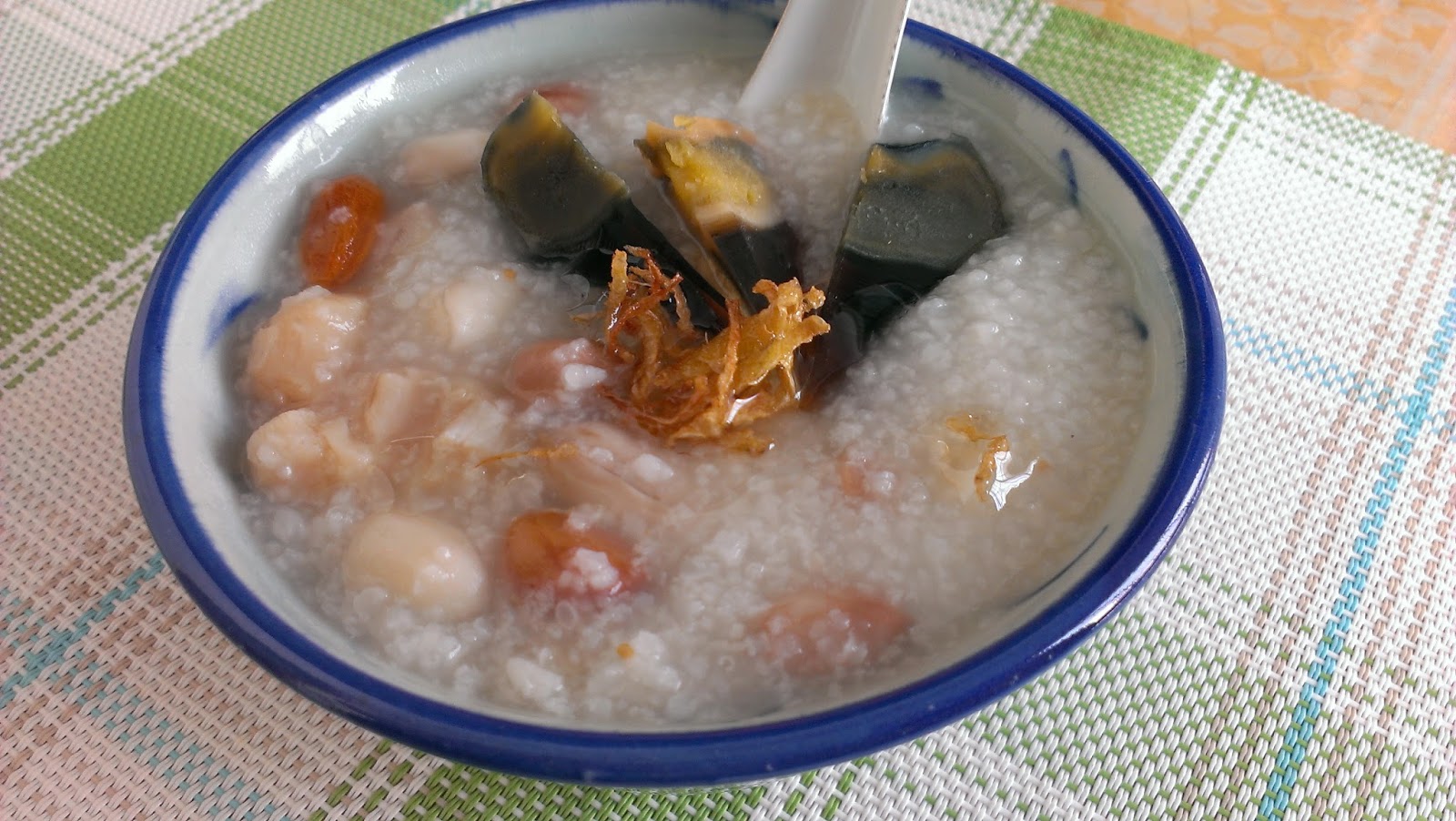 
We had this great tasting porridge for Sunday brunch. The night before, I overheard my daughter and son talking about  porridge. Apparently, my daughter read somewhere that freezing rice which had been washed and soaked overnight before boiling them, cuts down on the cooking time. I think it was my son who said that Hong kong-style porridge uses chicken stock for the extra oomph!

Out of curiosity, I wanted to try out what I heard. I checked out my pantry and noted that I have the essential ingredients to try out the theories. I am happy to share that both theories are very true! The frozen rice turned to porridge pretty fast but because I used Chinese herbs in my porridge, I had to boil it for a longer period of time in order for the flavours from the herbs to be released and be infused into the porridge.

My family likes to have century eggs in our savoury porridge. Since I have some in my pantry, well, I added in the century eggs for the extra flavour.  And that's when it occurred to me that I can link this porridge to Little Thumbs Up's egg event ! 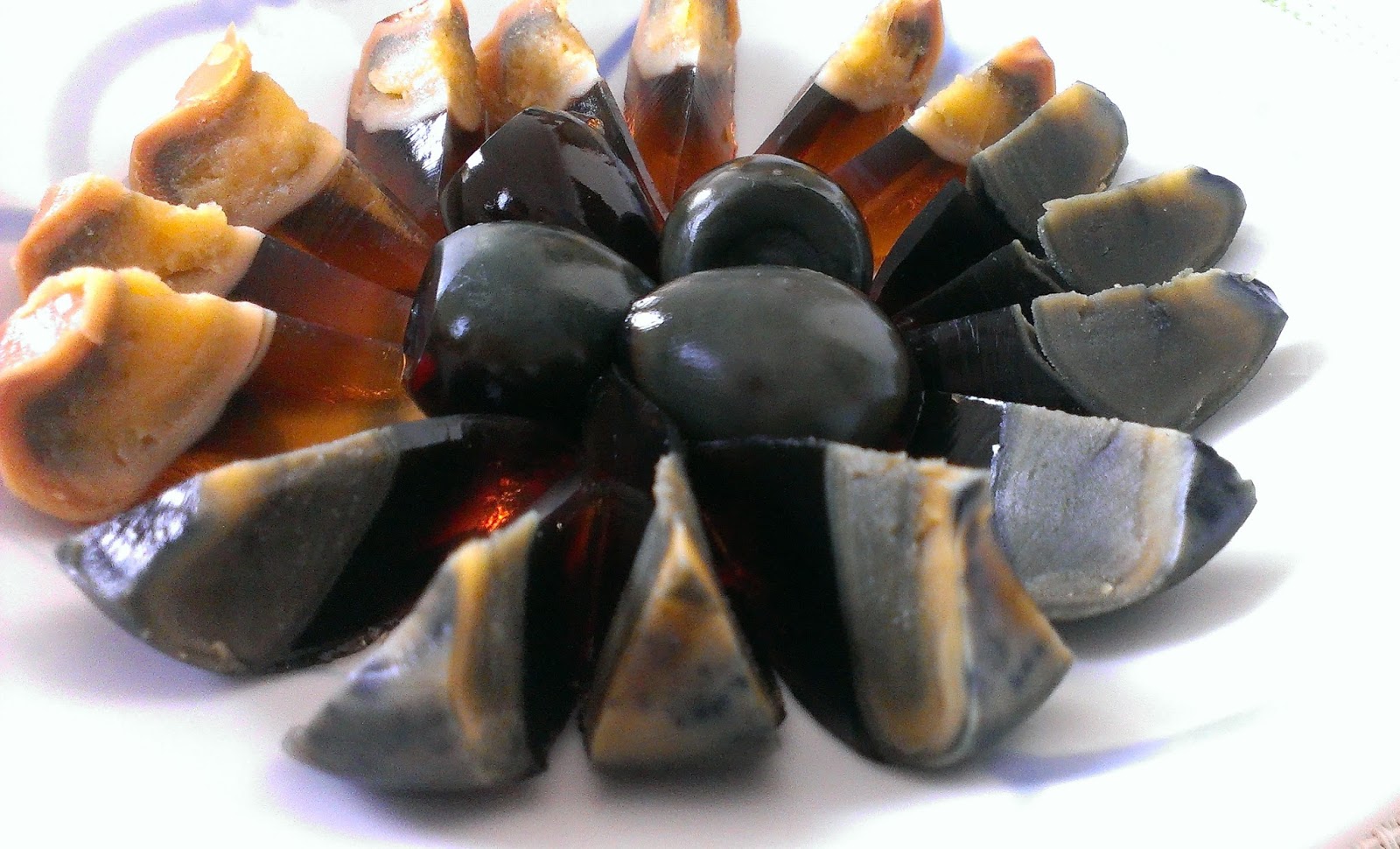 
1.  Pour 1 litre of water together with the chicken stock into a medium-sized pot.
2.  Add the frozen rice and water into the pot.
3.  Add wai san, wolfberries, partially soften peanuts and dried scallops into the pot.
4.  Boil until the wai san and wolf berry are softened and the rice grains are broken.
5.  Add salt to taste
6.  Add ginger oil and ginger crisps.
7.  Add in the century eggs. 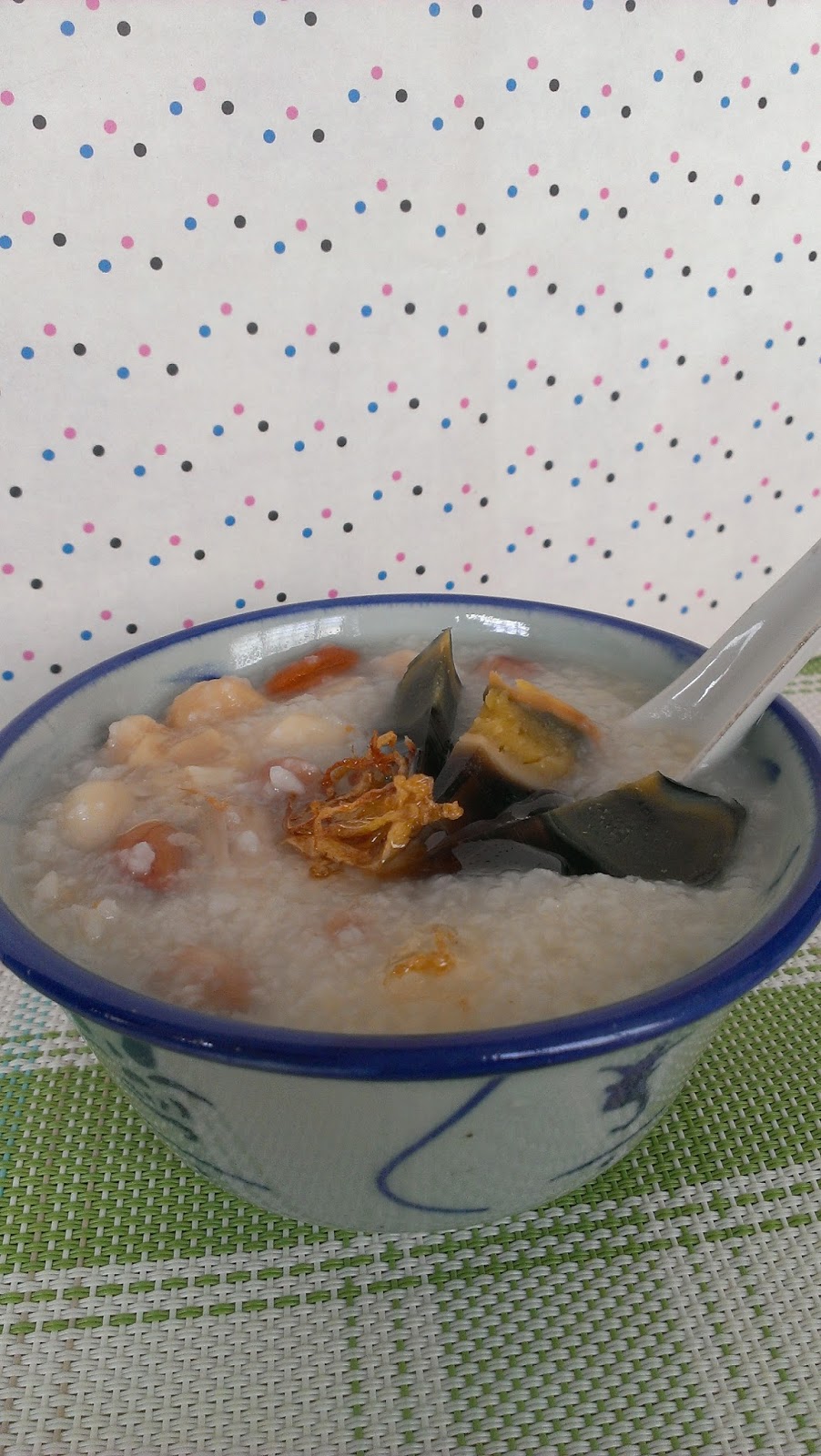 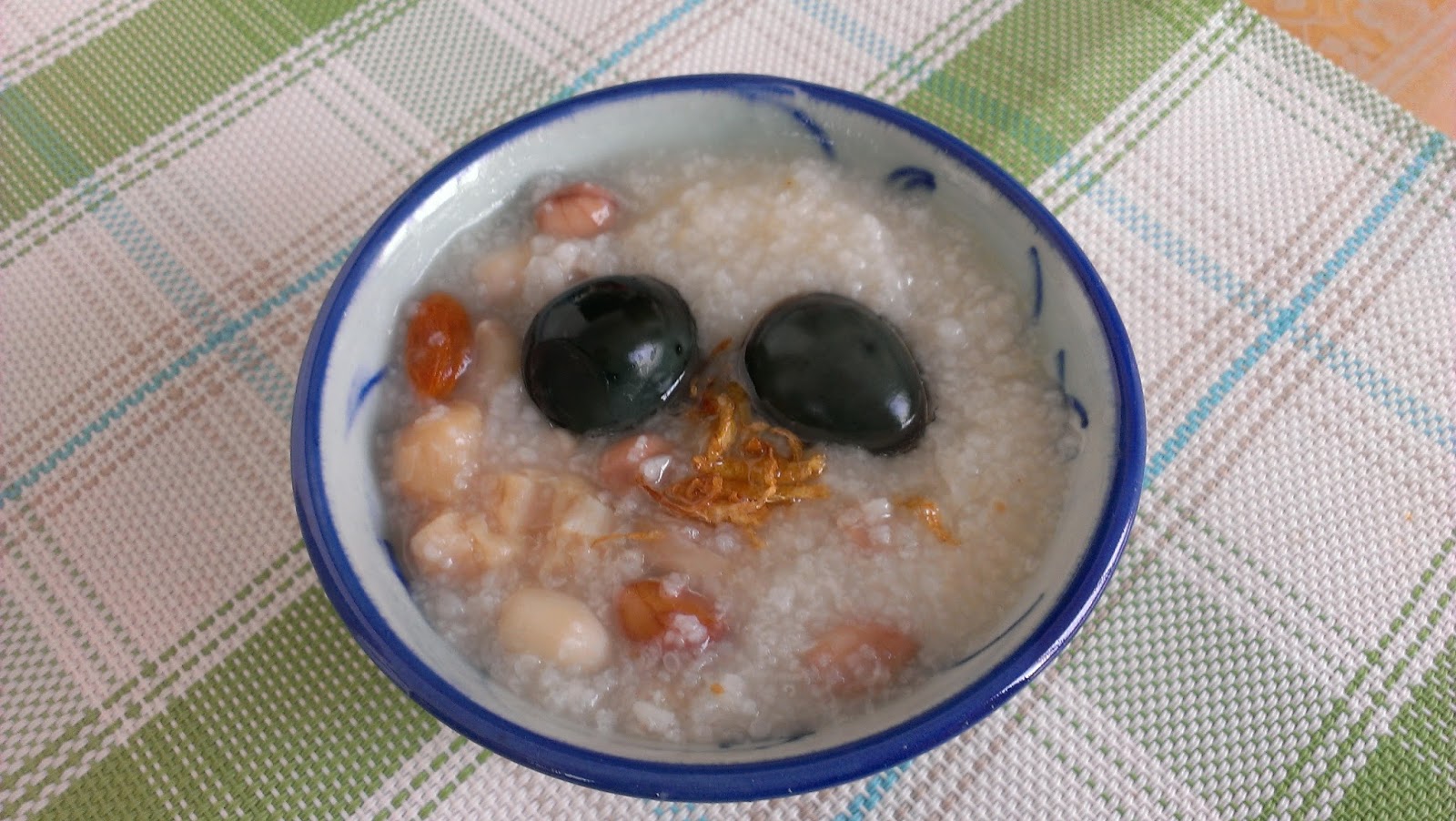 This event is linked to Little Thumbs Up

The ingredient for August is 'egg'