The dumpling festival is just round the corner and falls on June 12th this year. So instead of making the traditional dumplings with only alkaline water we decided to add red bean paste to it. My late mother-in-law used to make alkaline dumplings and dipped them into sugar. I didn't like it and here is the new improved version. I am planning to make two more varieties. The traditional 'bak chang' (or pork dumpling) and the home-grown Malaysian 'sambal belacan chang' 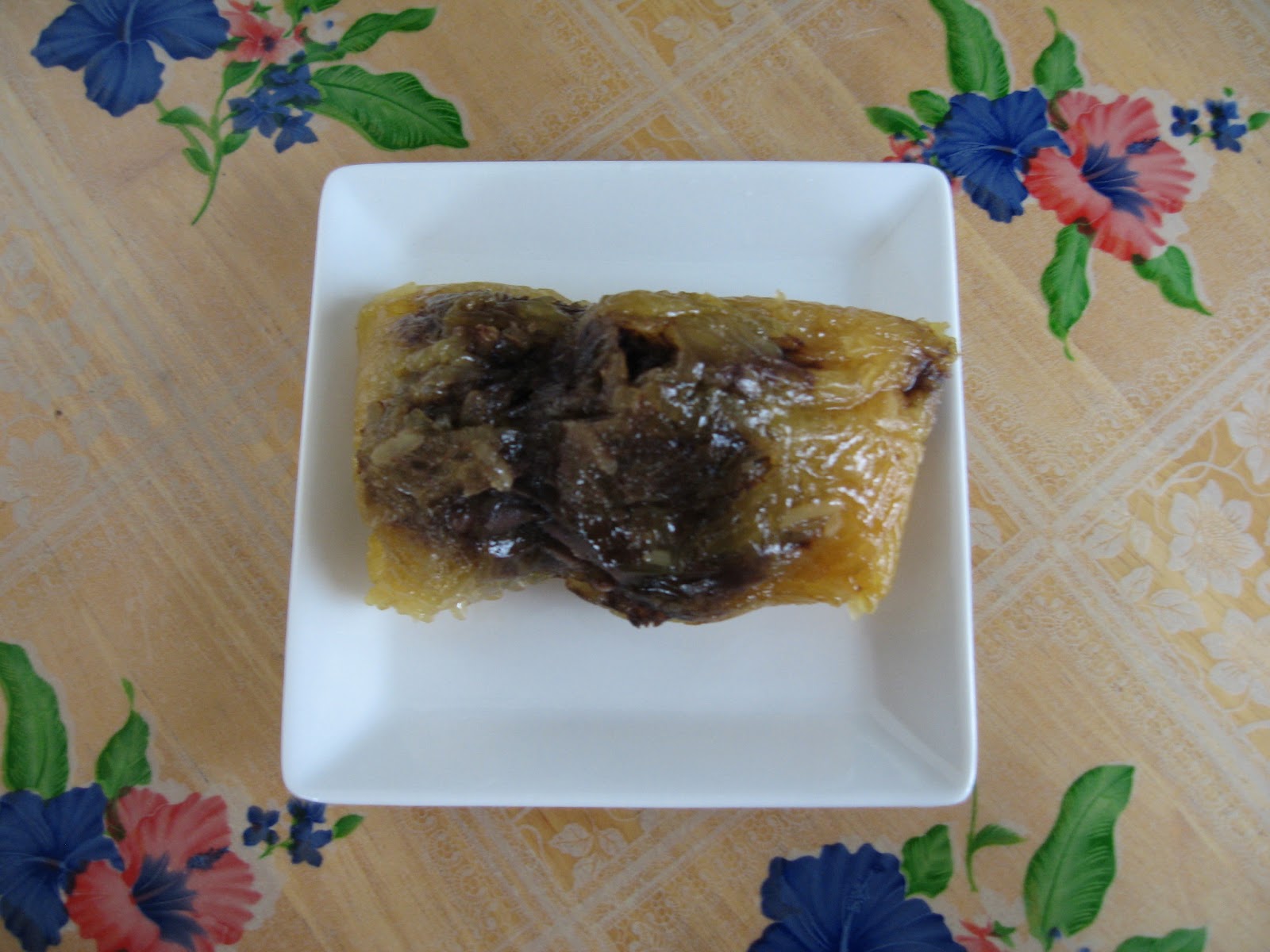 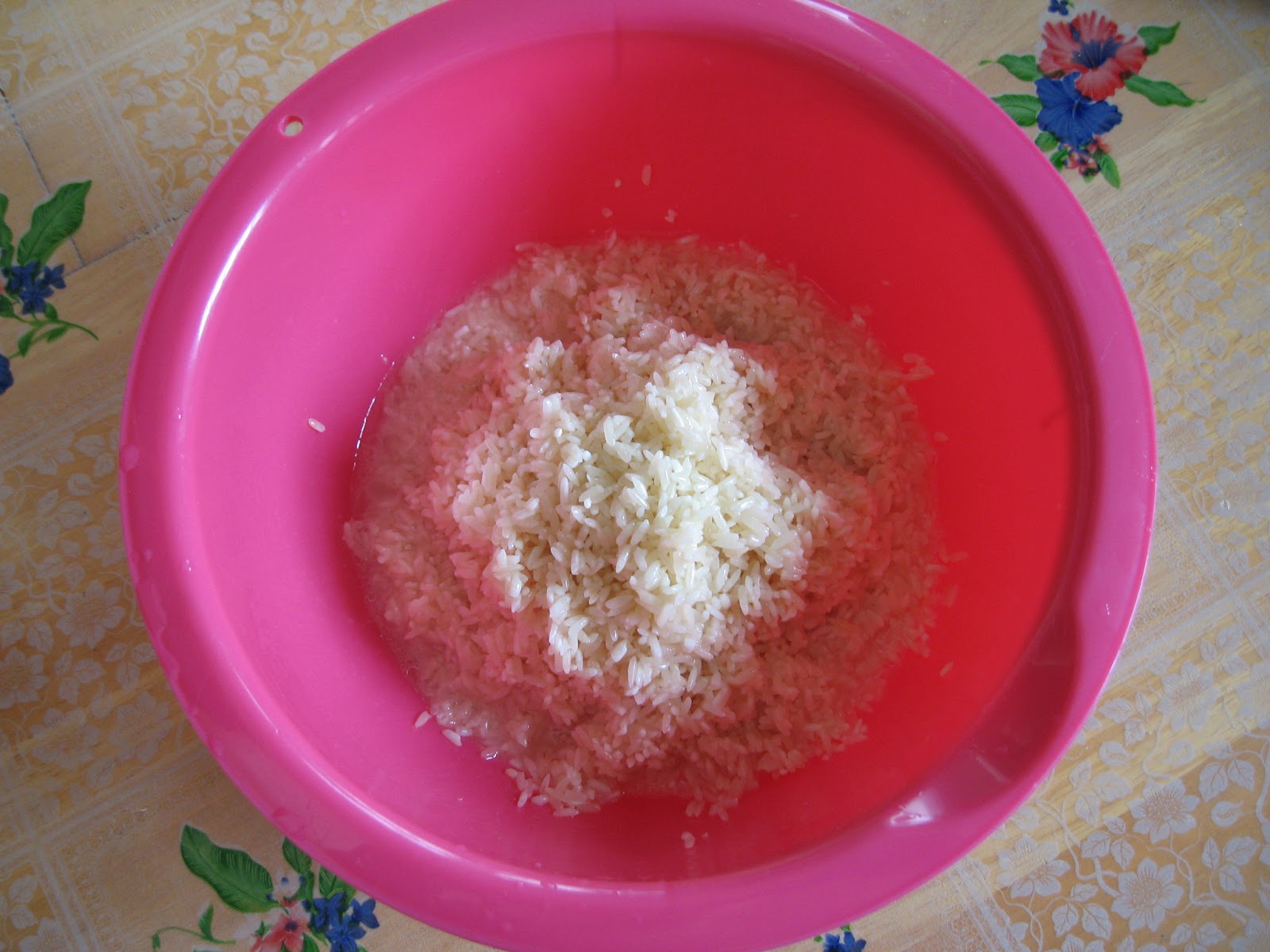 Glutinous rice which has been soaked overnight, well drained and mixed with lye water, oil and salt. Ready for wrapping 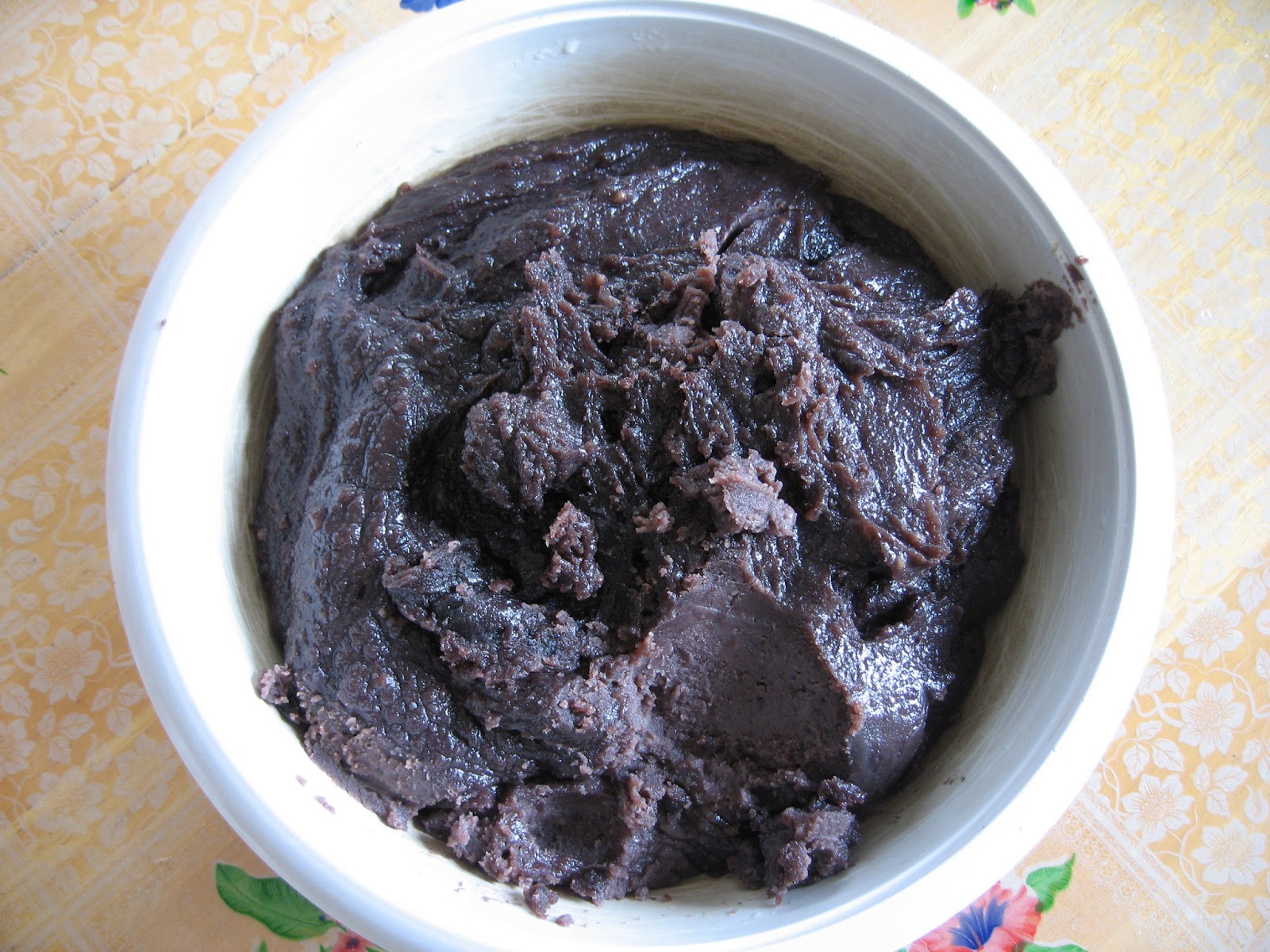 Strings to tie up the dumplings


Some called this "Hong Kong" style wrapping, while others called this "nasi lemak" style.
My family call this method of wrapping the dumplings the "pillow" style! Wipe clean 2 pieces of bamboo leaves and place them parallel to each other.
Let the two pieces of leaves over-lap slightly as seen in the picture.
Cut off the stems and the ends of the bamboo leaves. 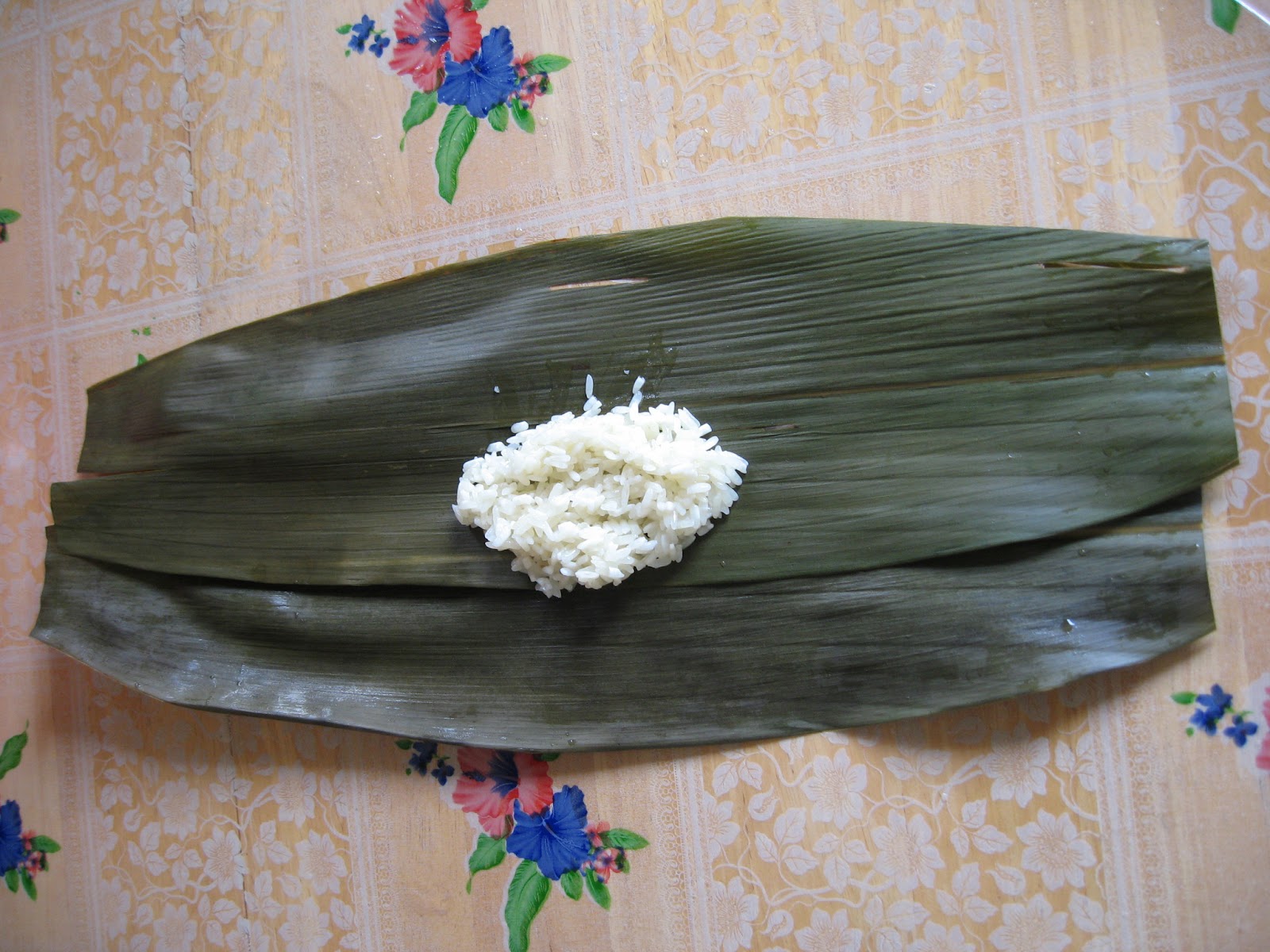 Place one tbsp of glutinous rice on the bamboo leaves 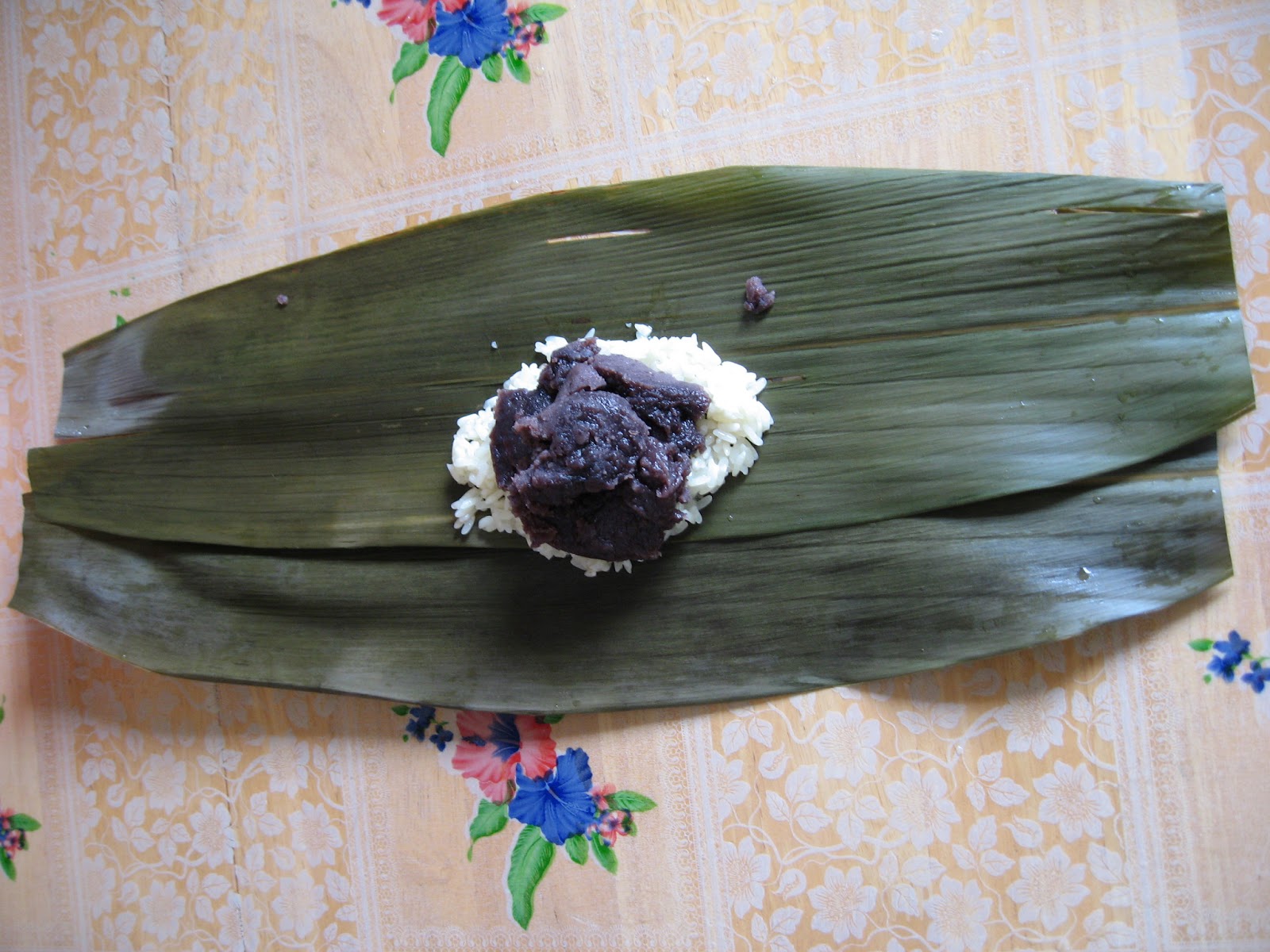 Add in about 50g of red bean paste 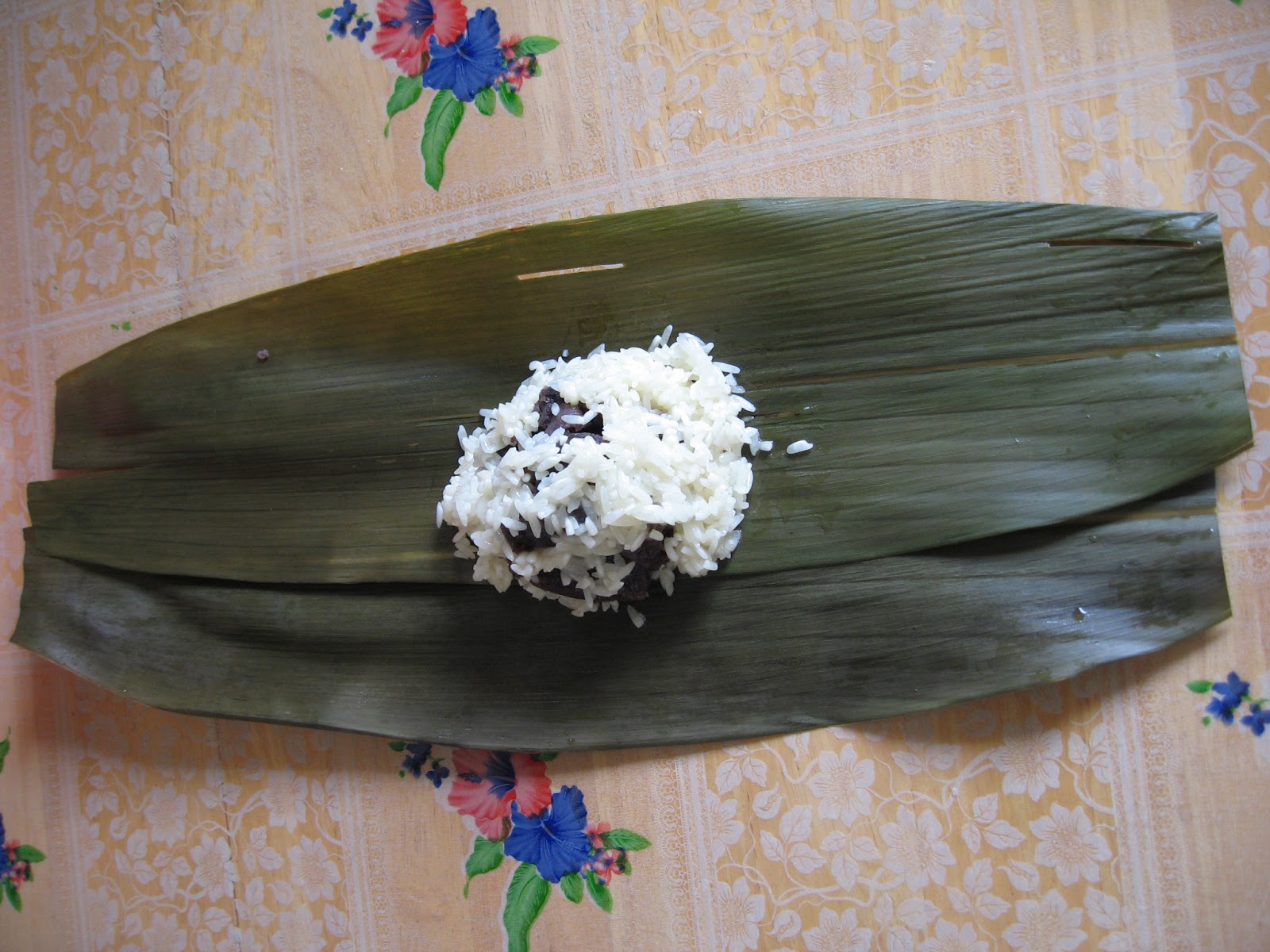 Top up with another tbsp of glutinous rice 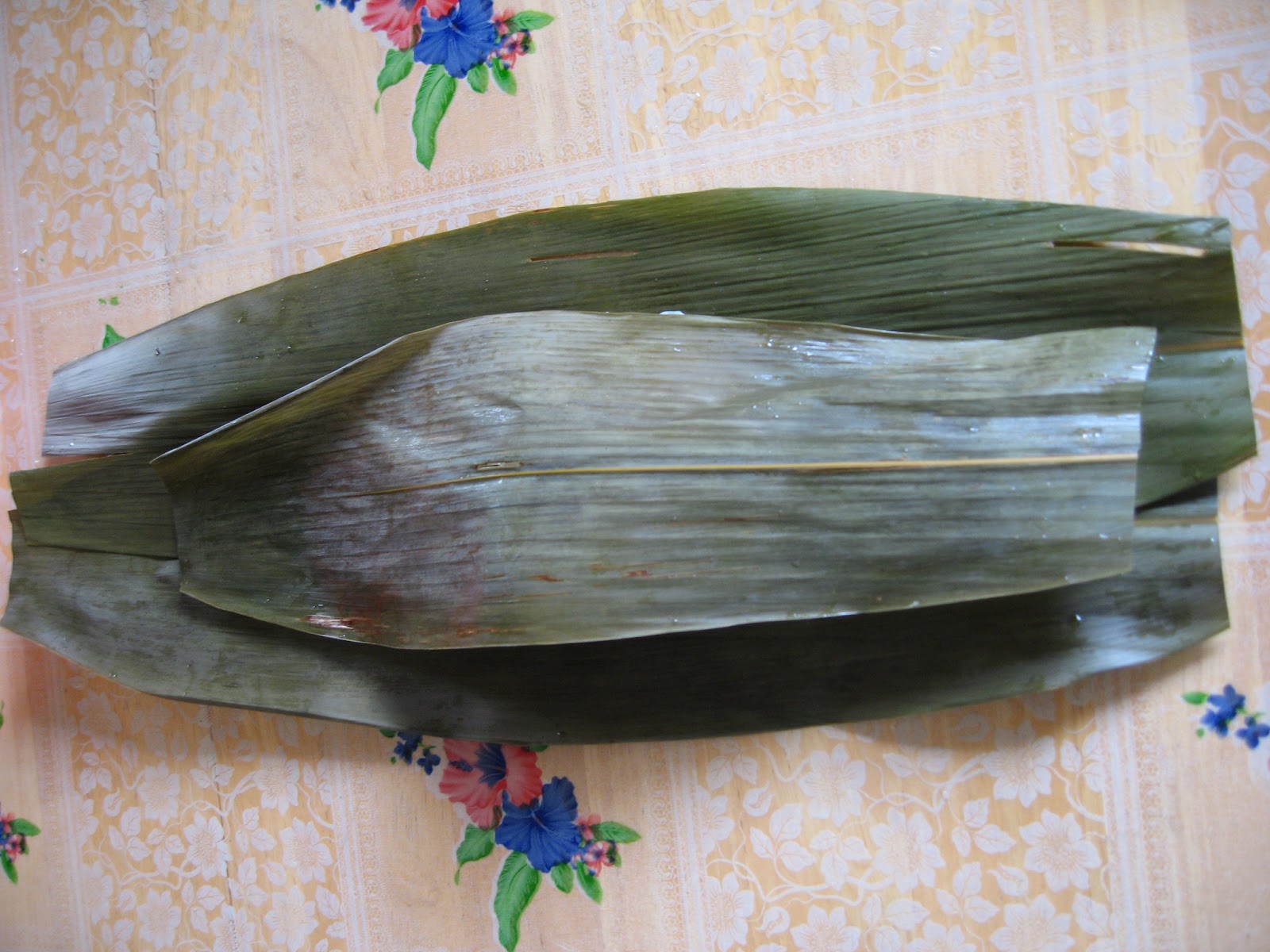 Cover the glutinous rice with another piece of bamboo leaf 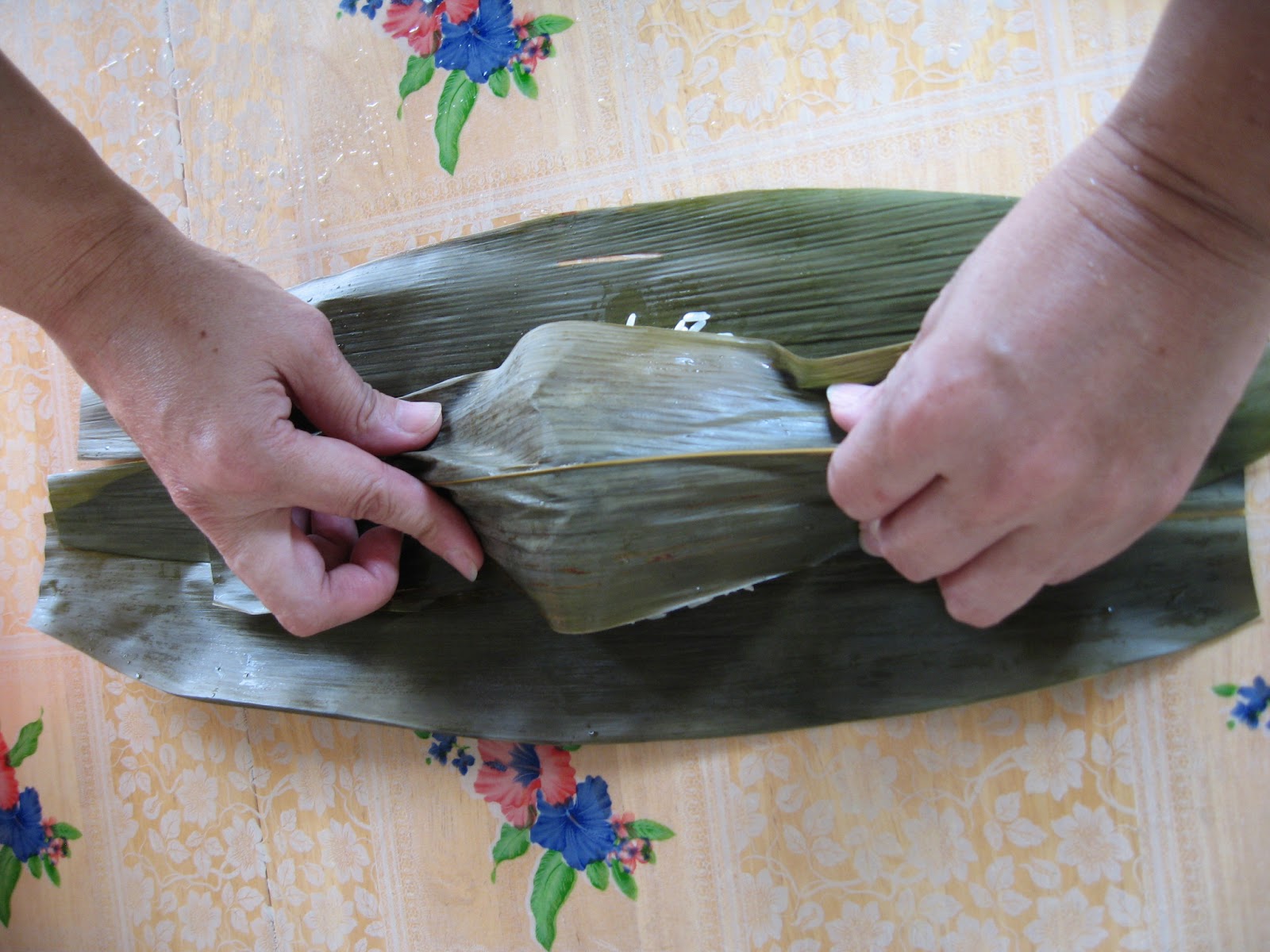 Using both hands, press down on the top piece of  bamboo leaf to cover the glutinous rice before wrapping it up 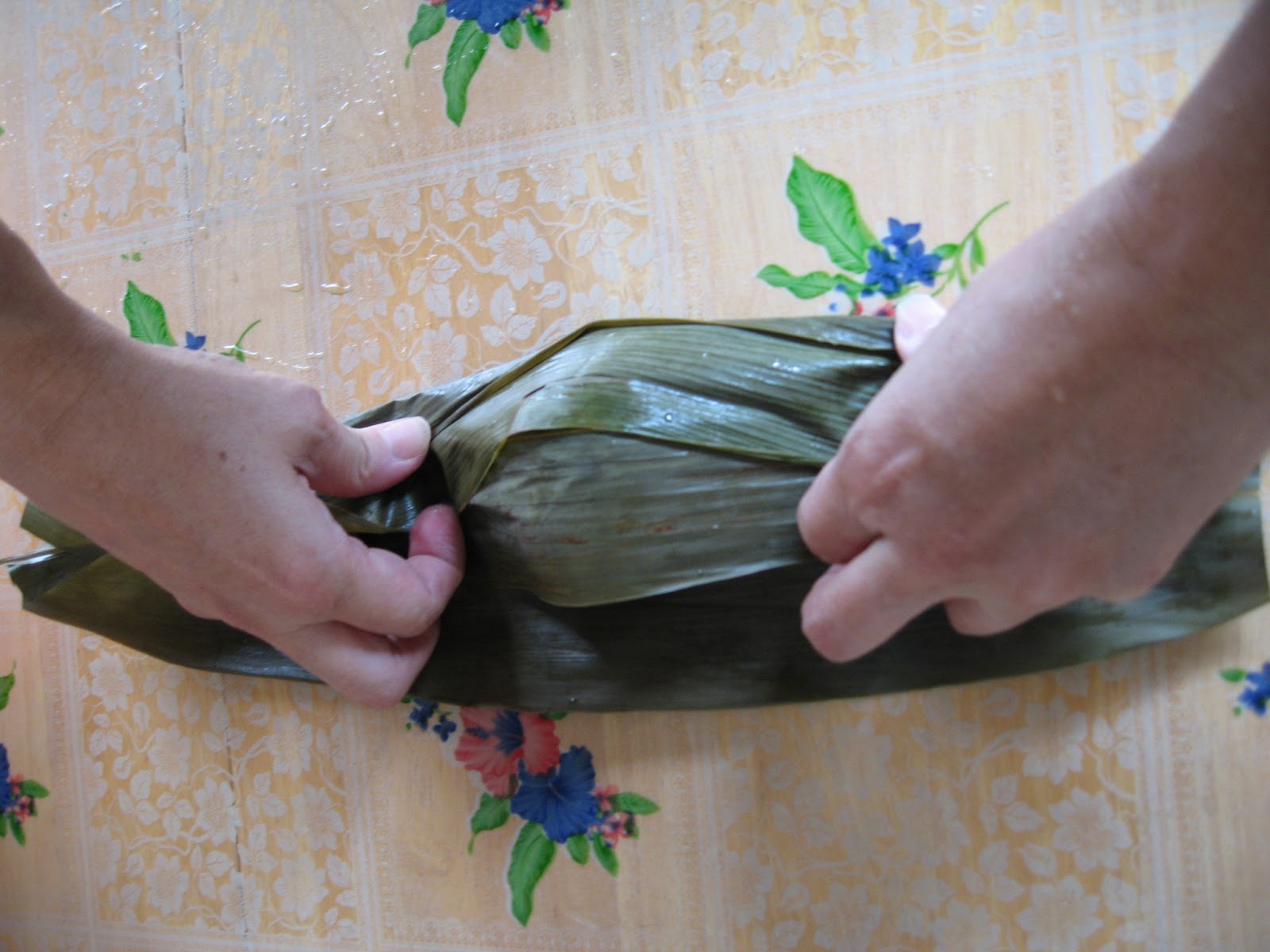 Using both hands, hold the parcel and turn one end of the edges to place it under the parcel Secure the parcel by tying it up with a string 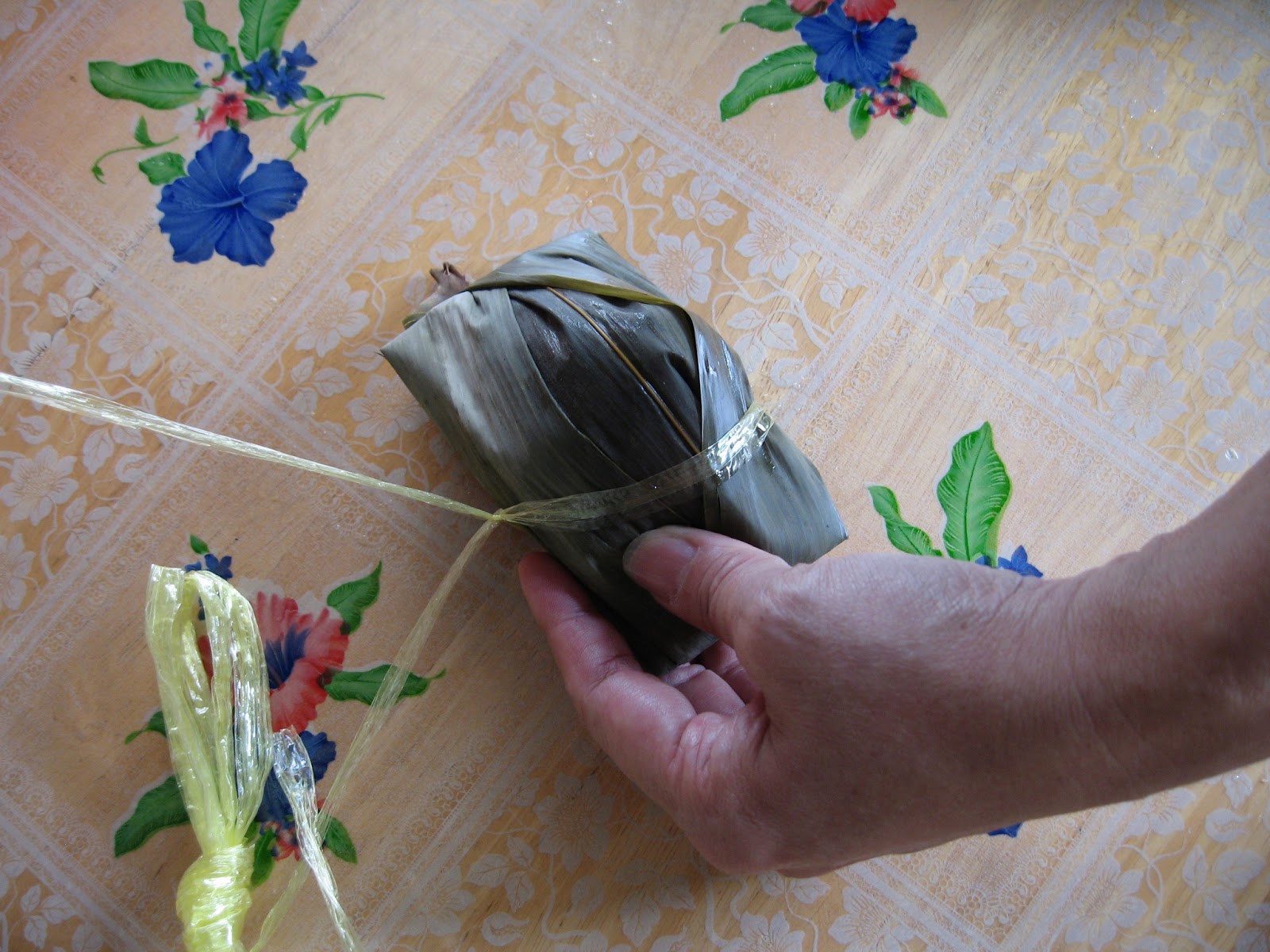 Using the top as the pivot point, circle the string another round on the other side of the parcel like a "V"-shape Tie a knot to secure it 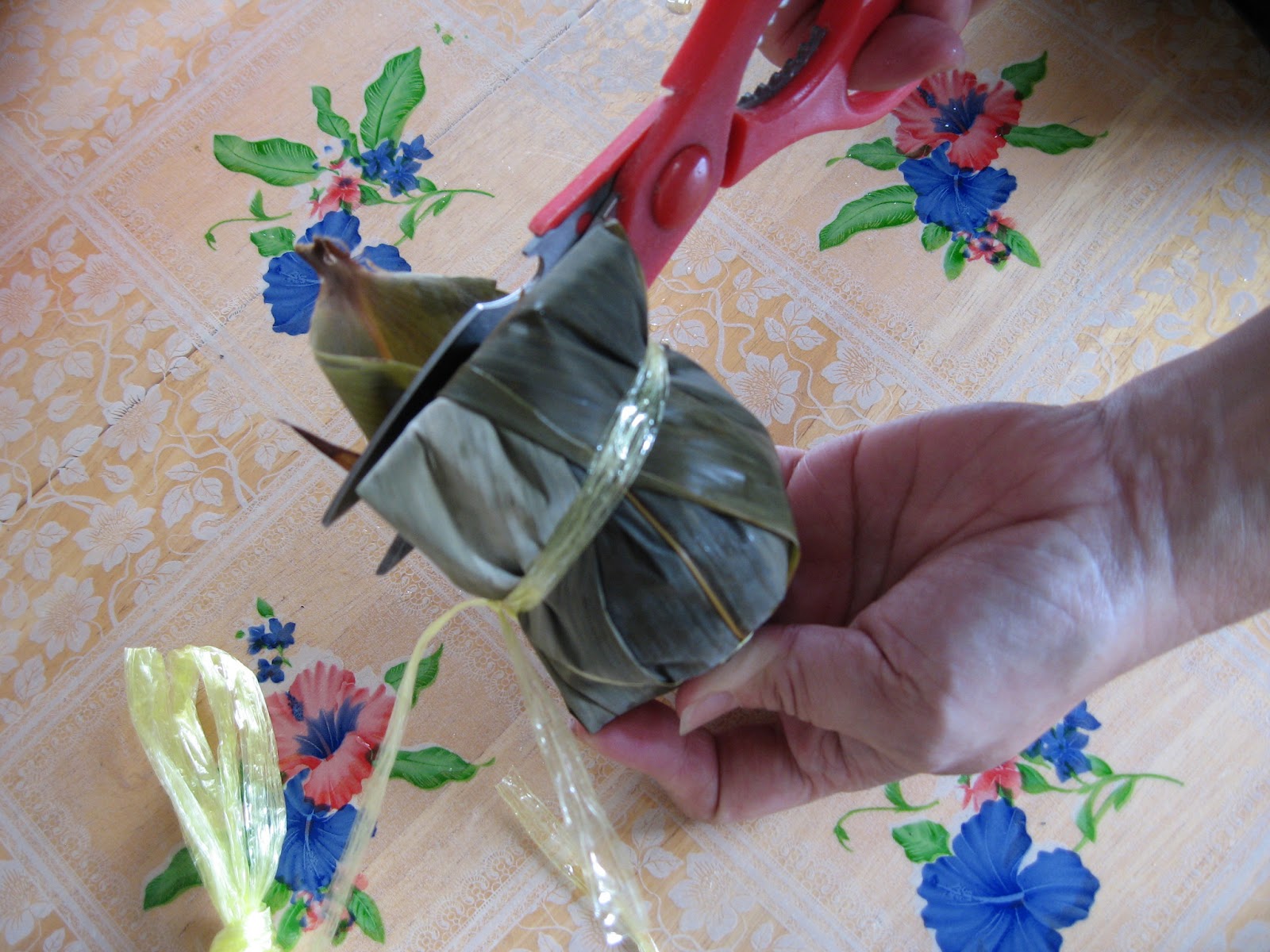 Snip off the odd ends of the bamboo leaves