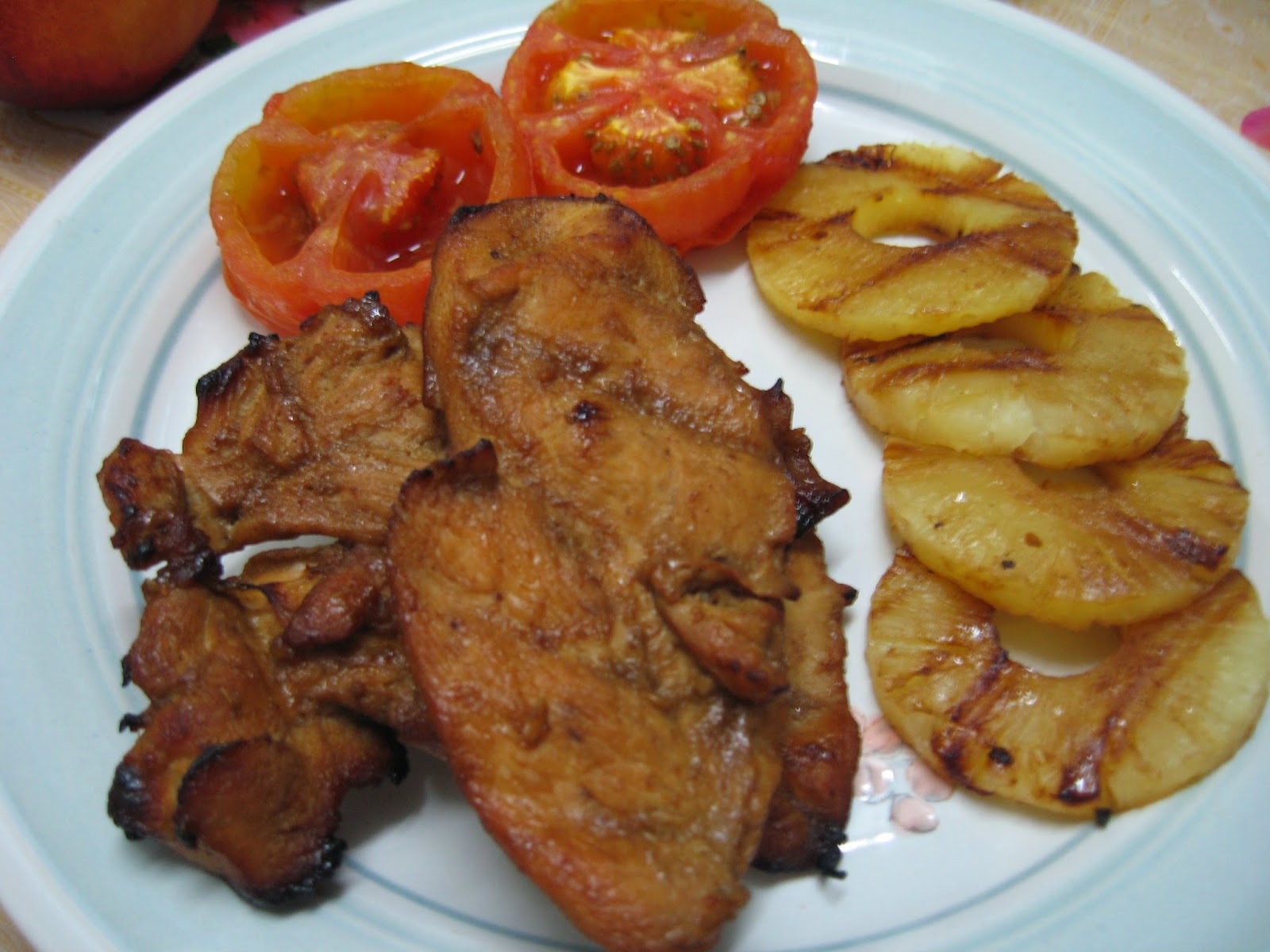 Given a choice, I would not choose chicken white meat as I had been "conditioned" to think white meat is tough and coarse, even though the health conscious would most certainly opt for white meat rather than drumsticks which are considered "fatty". However, during one of our office lunches, I asked my friends to order on my behalf as I would be joining them later. When my order arrived, I was served a plate of grilled white meat with an assortment of vegetables and fries. That platter looked very appetising and very soon I forgot all about my misconception about white meat because the chicken was not tough at all and very tasty.

Well, that platter of white meat certainly changed my view! So, when I browsed through my scrap book of recipes and came across this lovely recipe on grilled honey chicken, I wanted to try it out.

This is great! Everything tastes wonderful! 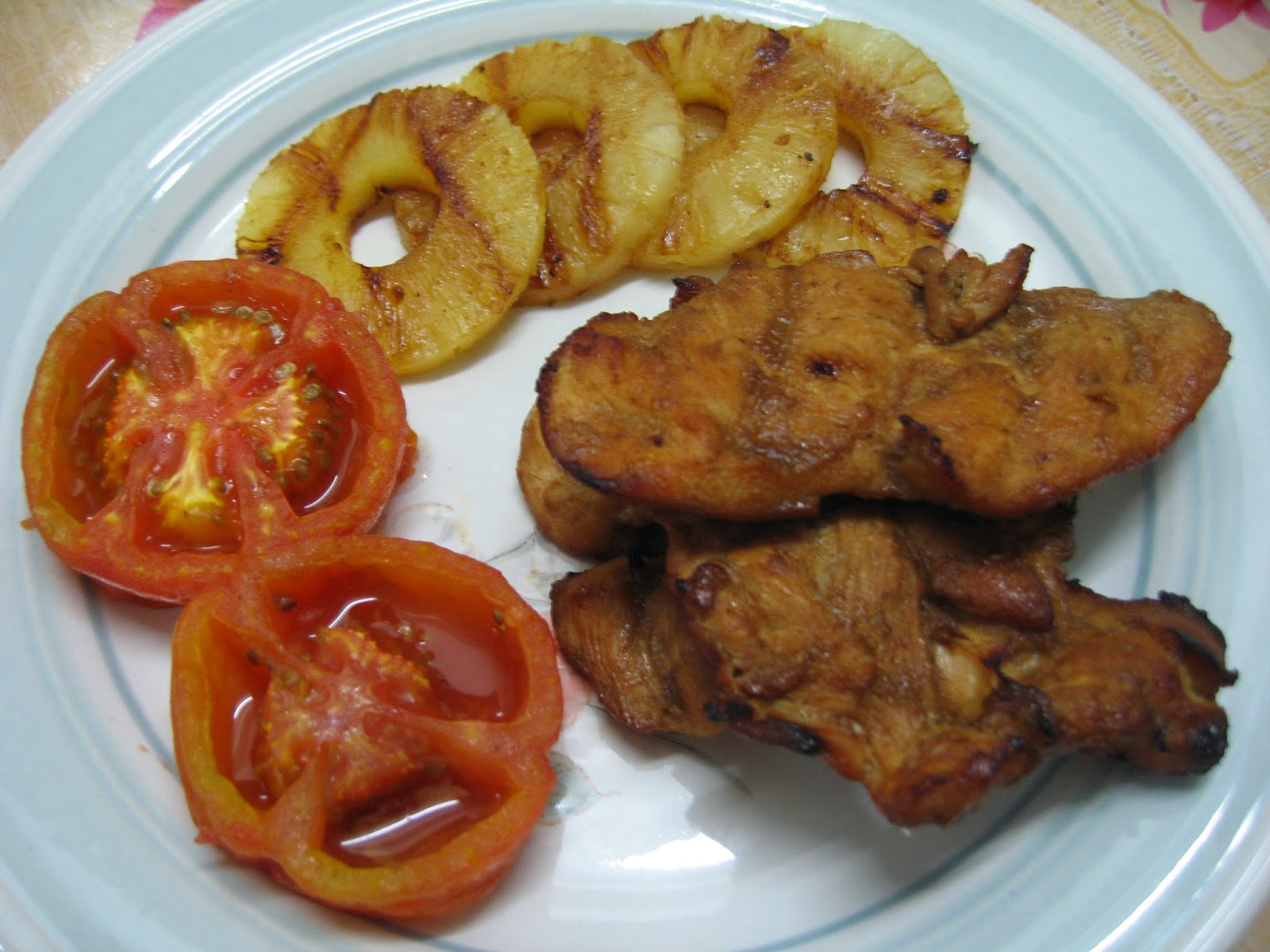