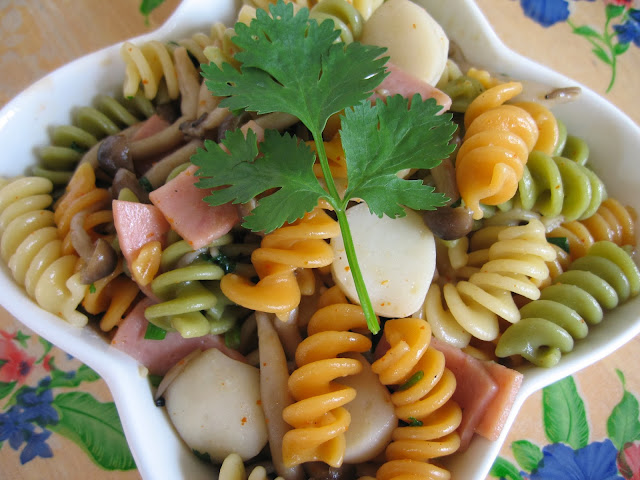 My youngest son loves to eat pasta. I used to cook pasta with either tomato sauce or cheese. But today,  I wanted to cook it differently. Part of the reason was because my fridge was too congested. I needed to finish off  the many bottles of sauces, Japanese mirin and chilli flakes that were taking up space in my fridge.

Personally, I would have opted for shrimps or seafood for pasta. However, my youngest son prefers ham and bacon. So we comprised by having ham and fish balls, together with some fresh buna shimeji mushrooms and parsley.

Well, I am pleased to share the end result which was delicious! 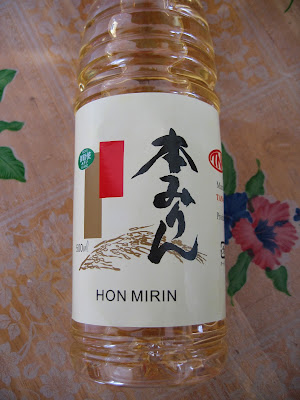 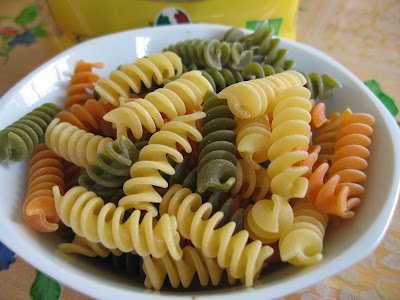 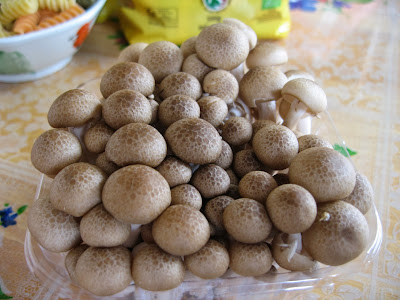 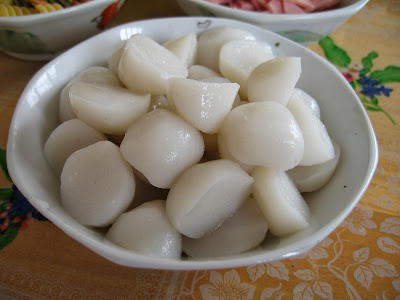 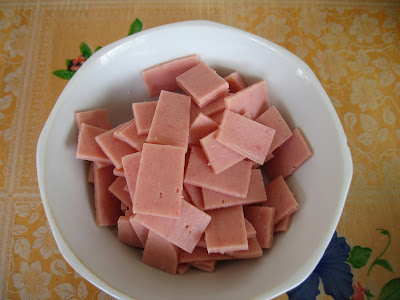 
1. Bring a large pot of salted water to a boil over high heat. Add the fusilli and cook until tender but still firm to the bite, stirring occasionally, for about 8 to 11 minutes. Drain pasta reserving 1/2 cup of the cooking liquid. Alternatively , cook accordingly to the instructions mentioned in the package of pasta.
2.  Heat olive oil in a wok and add in chopped garlic and stir-fry until fragrant.
3.  Add in the buna shimeji mushrooms, fish balls and ham. Stir-fry for about 2 minutes.
4.  Add in mirin, oyster sauce, chilli flakes, salt, pepper, and sesame oil. Stir to mix well.
5.  Toss in the boiled fusilli together with 1/2 cup of the cooking liquid from boiling the fusilli.
6.  Continue to stir until the liquid is almost dry, then add in the chopped parsley.
7.  Toss to mix everything until well combined.
8.  Dish up and serve. 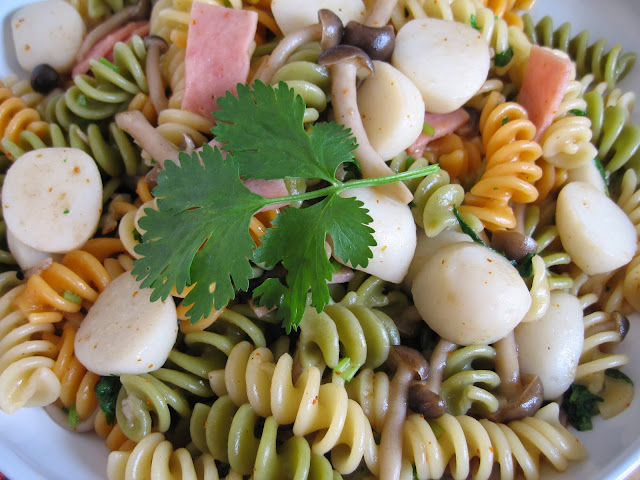 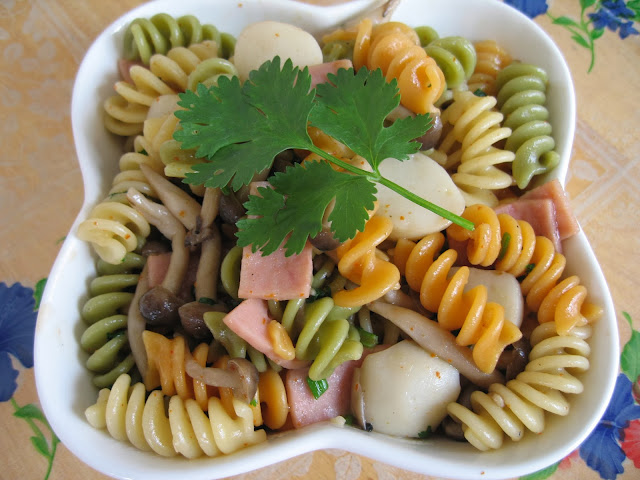 I am submitting this post to Aspiring bakers #38 : Boozy-licious! (December 2013)
hosted by Jasline of Foodie baker