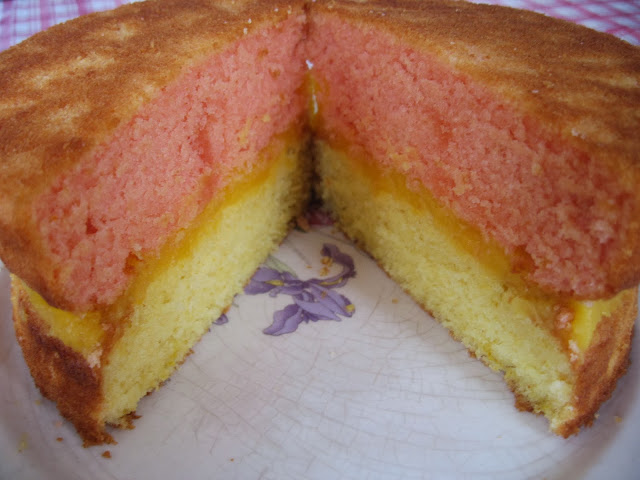 This recipe has been with me since 1976, the year I started collecting recipes and cookbooks.
Back then Ellice Handy's recipes were popularly featured in magazines like Her world and Female. I have a few of her cookbooks and numerous cuttings collected from magazines of that era. All these years I had drooled over her recipes and had bookmarked many more to try out. The problem is finding the time and getting round to do it!

This was among the many recipes I had bookmarked over the years. Well, I know it had taken me an unduly long time but as the saying goes, " It's better late than never".

It is very satisfying for me to finally eat and taste this cake after drooling over it for so many years! The custard is good! I like the tangy and citrus flavour of this cake.


1.  Cream butter and sugar till light and fluffy.
2.  Add eggs, one at a time, beating well into the mixture.
3.  Add orange rind, flour, a little at a time folding in. Add orange juice when the flour is well blended into the mixture.
4.  Grease two cake tin and line them with greaseproof paper.
5.  Pour in half the cake mixture into one tin.
6.  Then add a few drop of red food colouring to the remaining cake mixture.
7.  Bake for about 30 minutes at 180 degree C.
8.  Cool cakes before sealing the two cakes with orange custard filling.


1.  Mix all ingredients except custard powder and butter in a pan and bring to a boil.
2.  Remove pan from heat and pour in custard powder paste, mixing it gently.
3.  Put pan back on heat till mixture boils. Add butter and remove from heat.
4.  Allow to cool a little before using it as filling for the cakes. 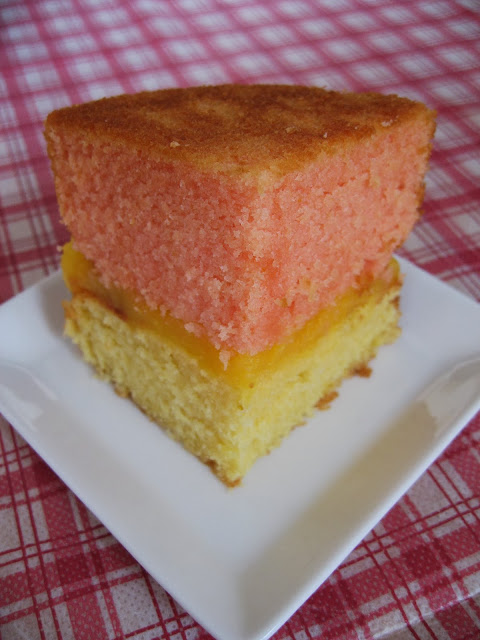 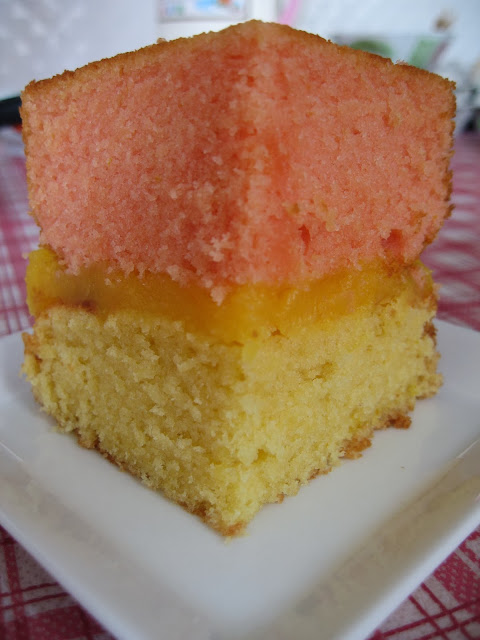 I am also linking this to Cook-Your-Book # 11

Organised by Joyce of  Kitchen Flavours