Armed with a Mass Transit Railway (MTR) map and a map of the bus routes googled from the Internet, we set out to the Ocean park which is the first tourist spot we visited while in Hong Kong. The Ocean Park is located on the southern side of Hong Kong Island. Between bus rides and the MTR, both of which accepted the Octopus Card,  we managed to get to the Ocean park. Some how we had crossed over from Kowloon to Hong Kong Island without even realising that we had crossed the undersea channel.

As you well know, the Ocean Park is a marine life theme park with life exhibits from the seas and oceans of the world. Of course, being a theme park it has all the rides associated with a theme park as well, like roller coasters for thrill seekers and  some rides even have a mini version for kids.

Some of the life sea exhibits from the Aquarium. 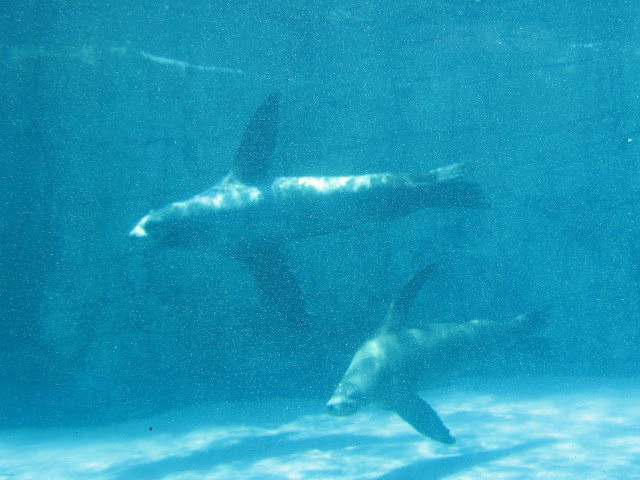 Two seals swimming in a tank 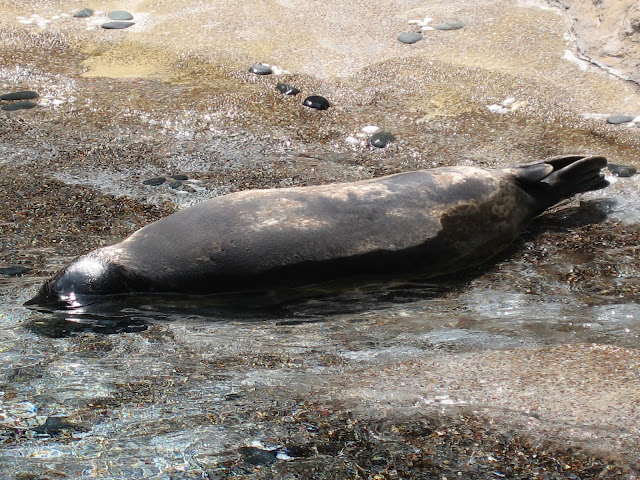 A seal lazing around on the beach 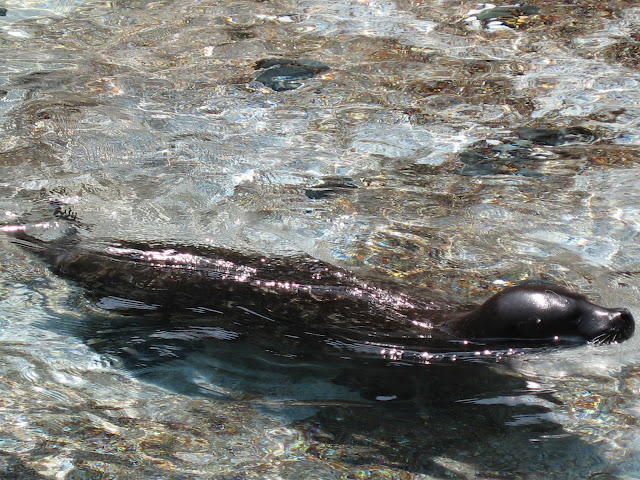 Another seal taking to the water

Part of the Ocean Park's attractions is the cable car ride where one can enjoy a great view of the surrounding sea and mountains and a fantastic view of Hong Kong's sky scrapers ............... 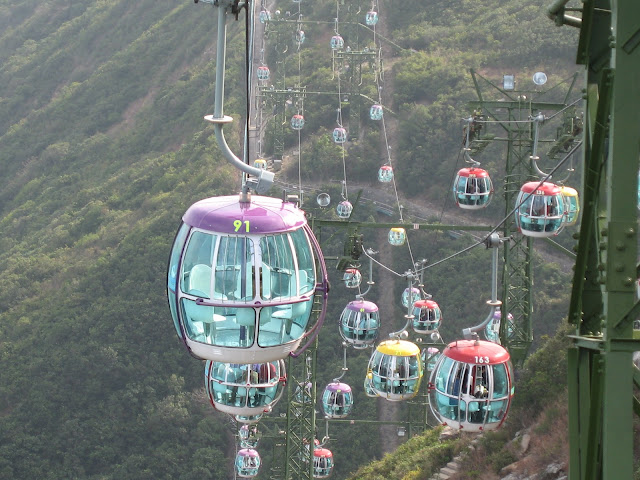 The cable cars of the Ocean Park, a great way to see the entire Ocean Park from the top and the spectacular view of the sea and surrounding areas 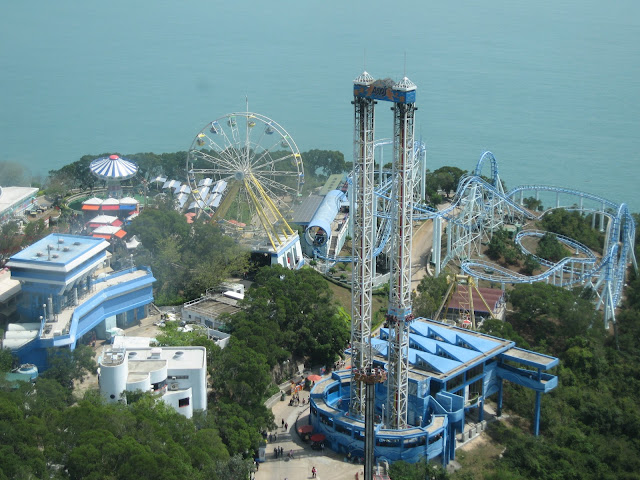 An aerial view of a part of the Ocean Park, taken from the cable car 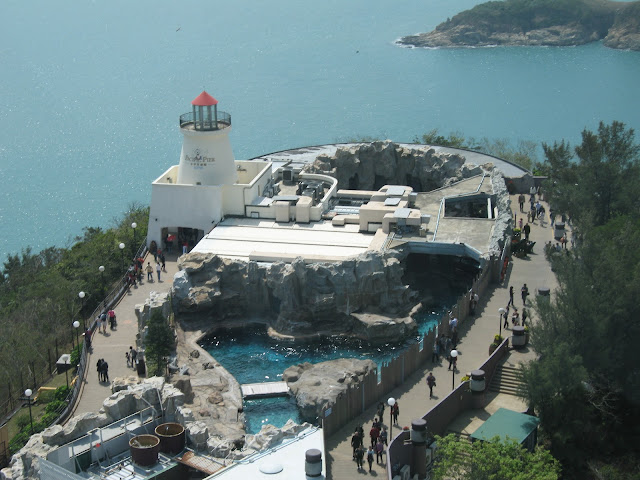 An aerial view of another part of the Ocean Park 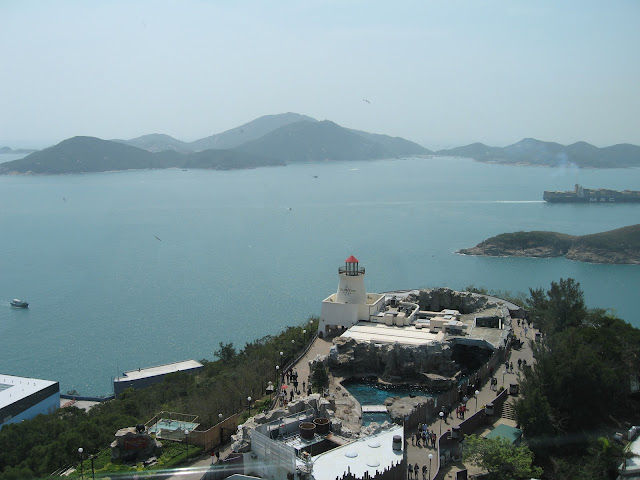 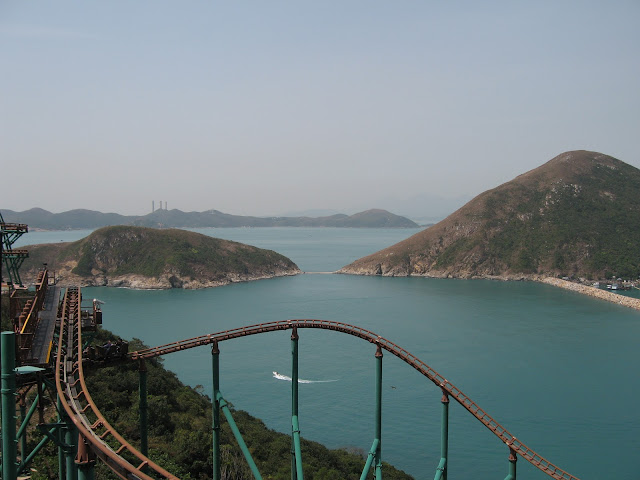 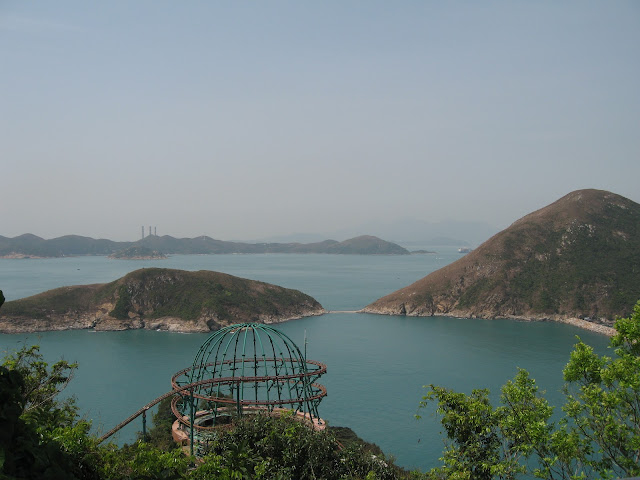 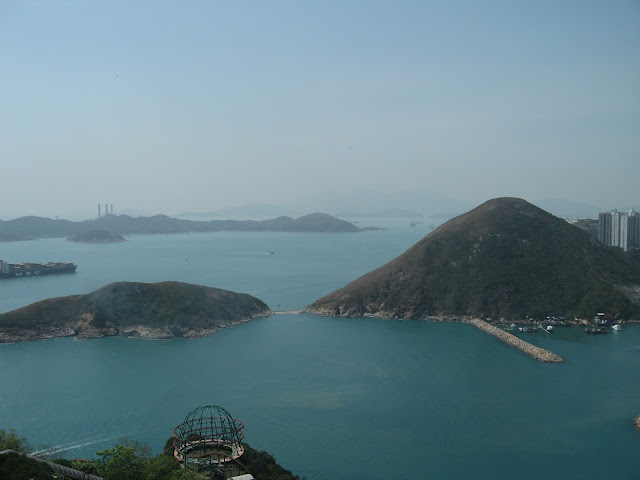 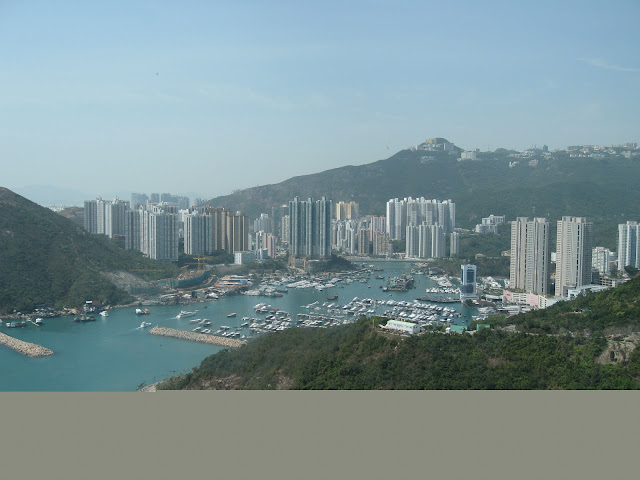 When approaching Hong Kong from the air, I saw the only two things that made up Hong Kong, crystal clear greenish-blue water and rocky islands jutting out from the bottom of the sea 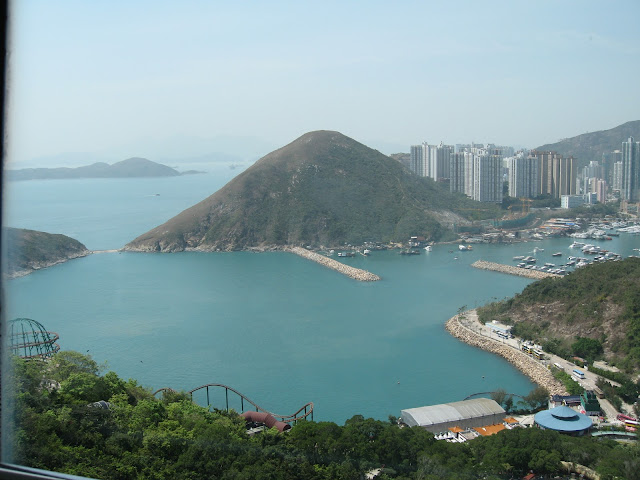 The cable cars of the Ocean park, a great way to see the entire Ocean park from the air and the spectacular view of the sea and surrounding areas 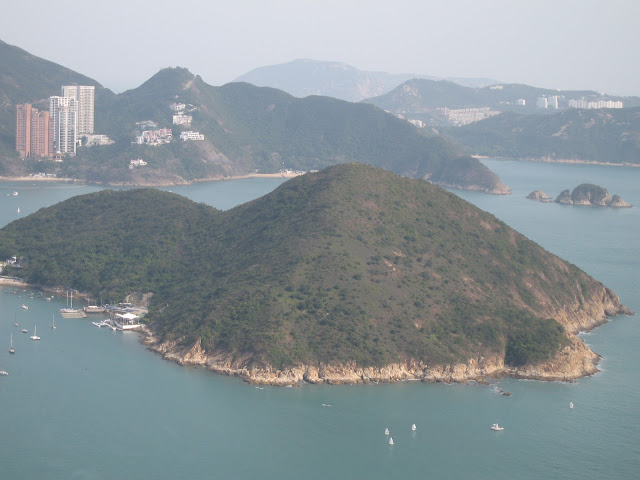 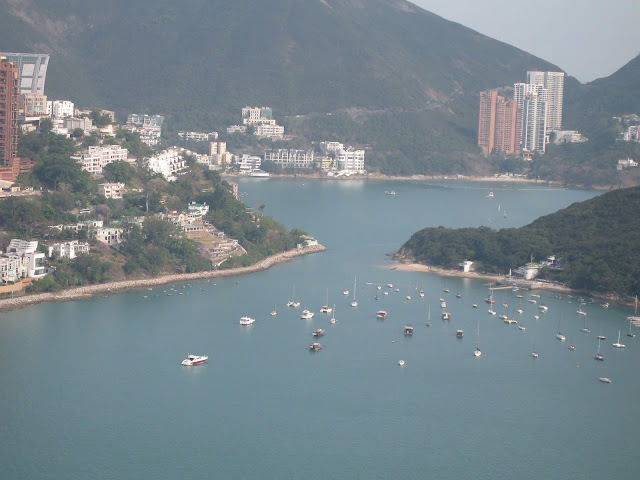 The homes on the left look expensive and with the number of boats dotting the surface of the water I can only surmise that this is not just an ordinary residential area but a rather posh enclave. 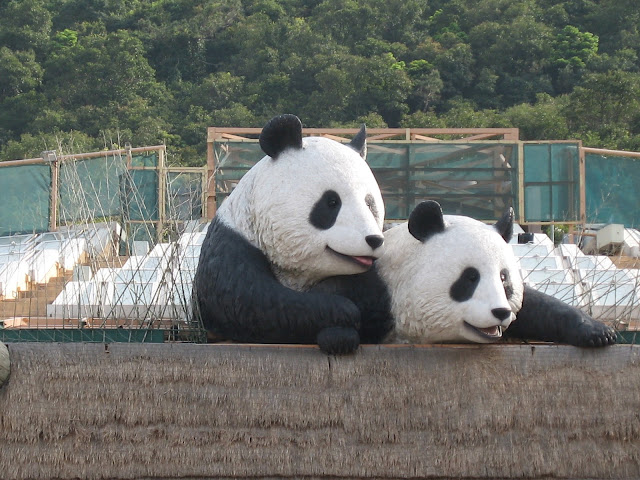 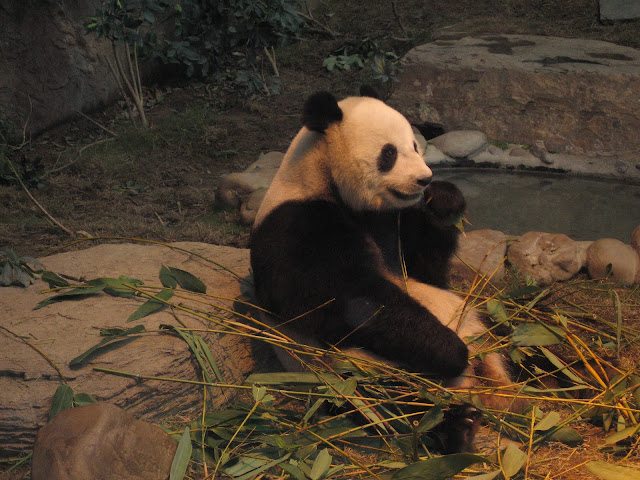 The real thing in its enclosure munching his lunch away without a care in the world, oblivious of the gawking crowd 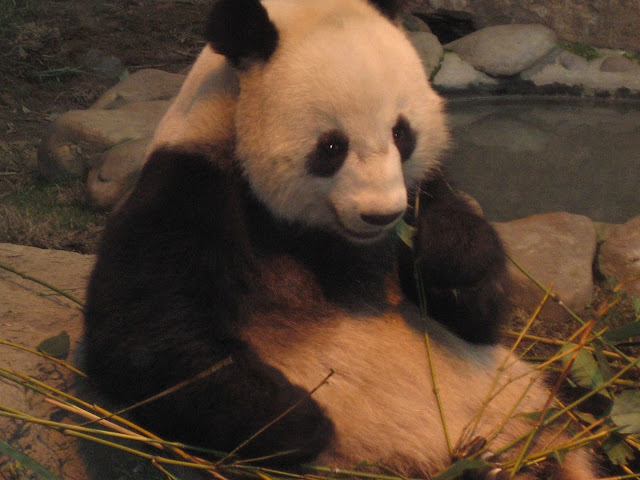 The panda is found only in China, is an endangered species and a pampered lot