Our main destination was Macau but we joined a 5 day 4 night tour package covering Hong Kong, Shenzhen, Guangzhou, Panyu, Zhuhai and finally Macau. It was very hectic and very tiring but the four of us, SK, our daughter, our youngest son and I enjoyed ourselves very much.

We landed in Hong Kong around 5-30 P.M. After a long wait queuing at the immigration the entire tour group consisting of 24 people finally met the tour guide, Ritchie from Hong Kong. After the necessary introductions and pleasantries Ritchie whisked us to dinner which he had ordered in advance in anticipation of our arrival. 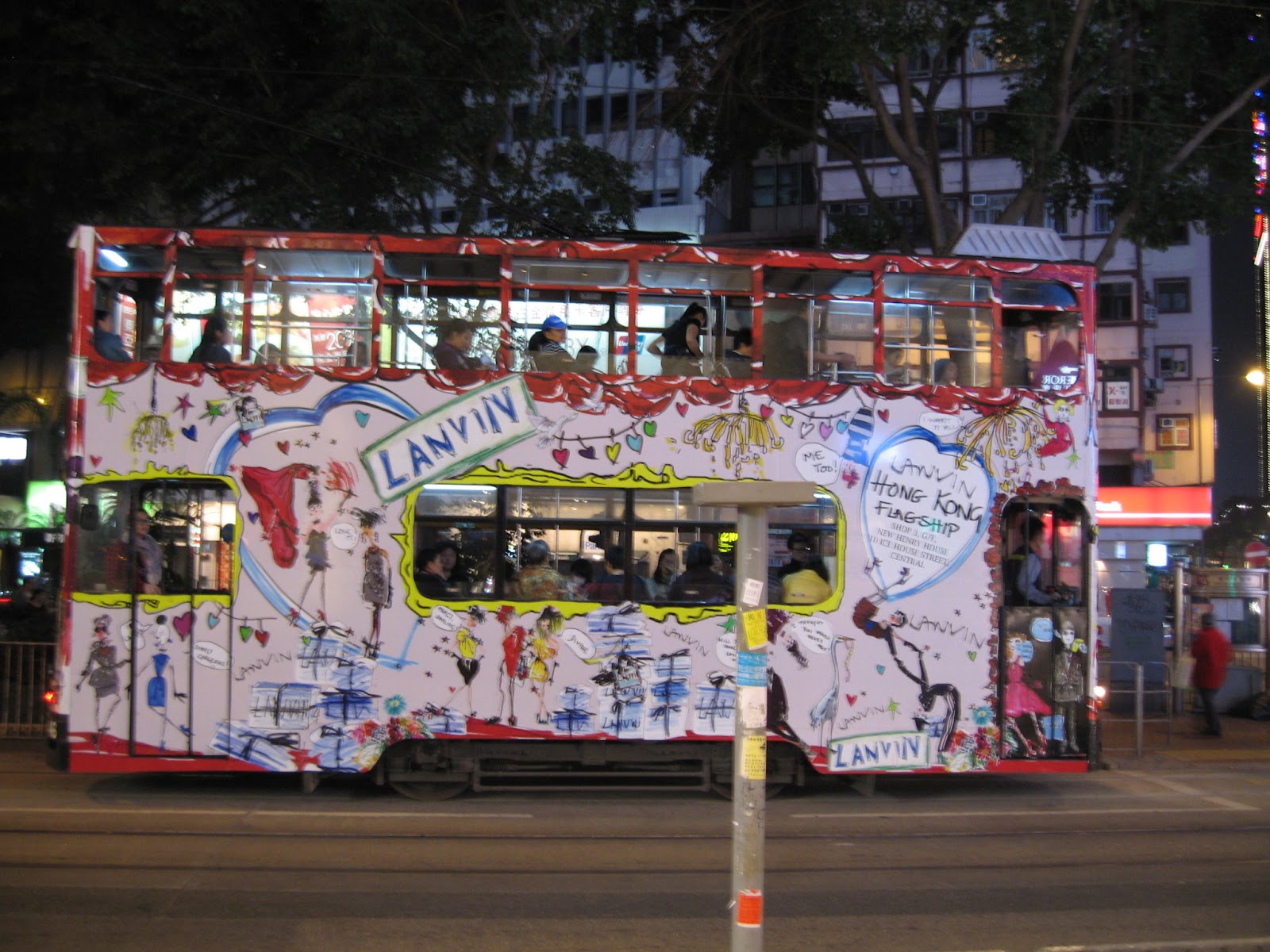 While walking from our tour bus to the restaurant we saw this double-decker tram. Look at the tracks on the road which were made specially for these trams. The tour guide told us there are two opposing camps in Hong Kong, one camp is all for preserving the tram to show-case Hong Kong history and heritage while another camp is proposing to do away with the trams for better roads and communication to ease Hong Kong's notorious traffic jams. Well, I think they are still fighting over it ! 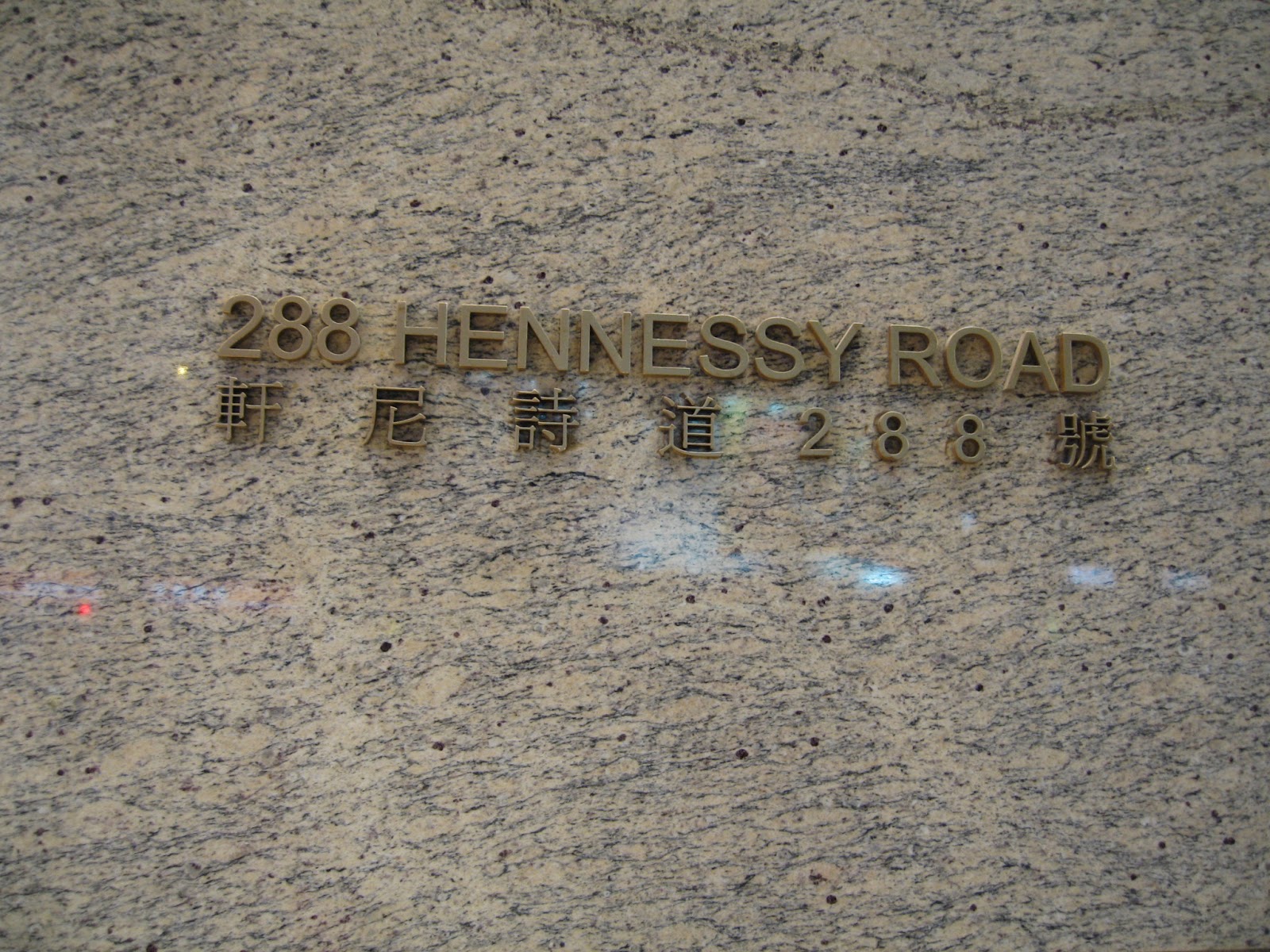 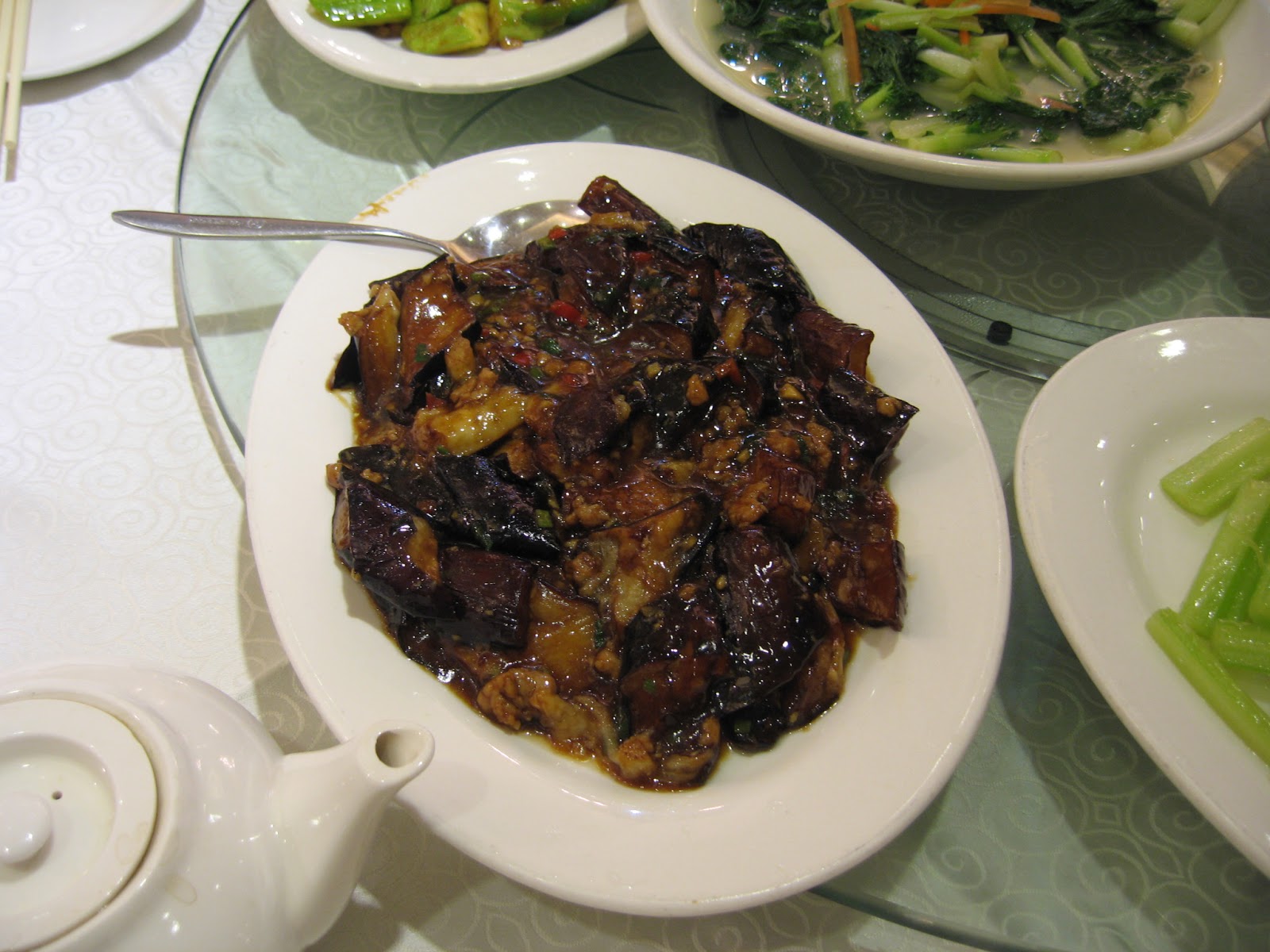 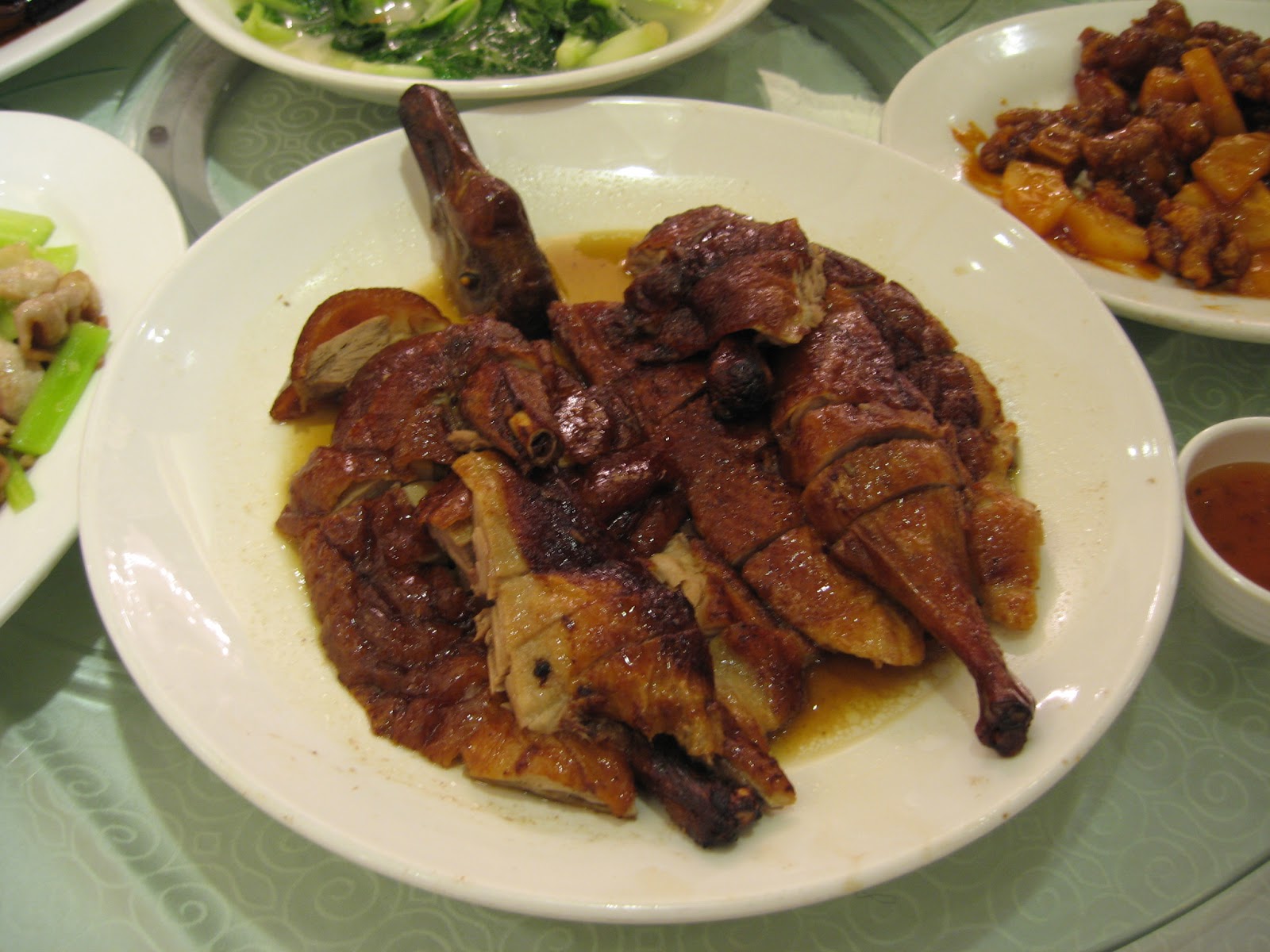 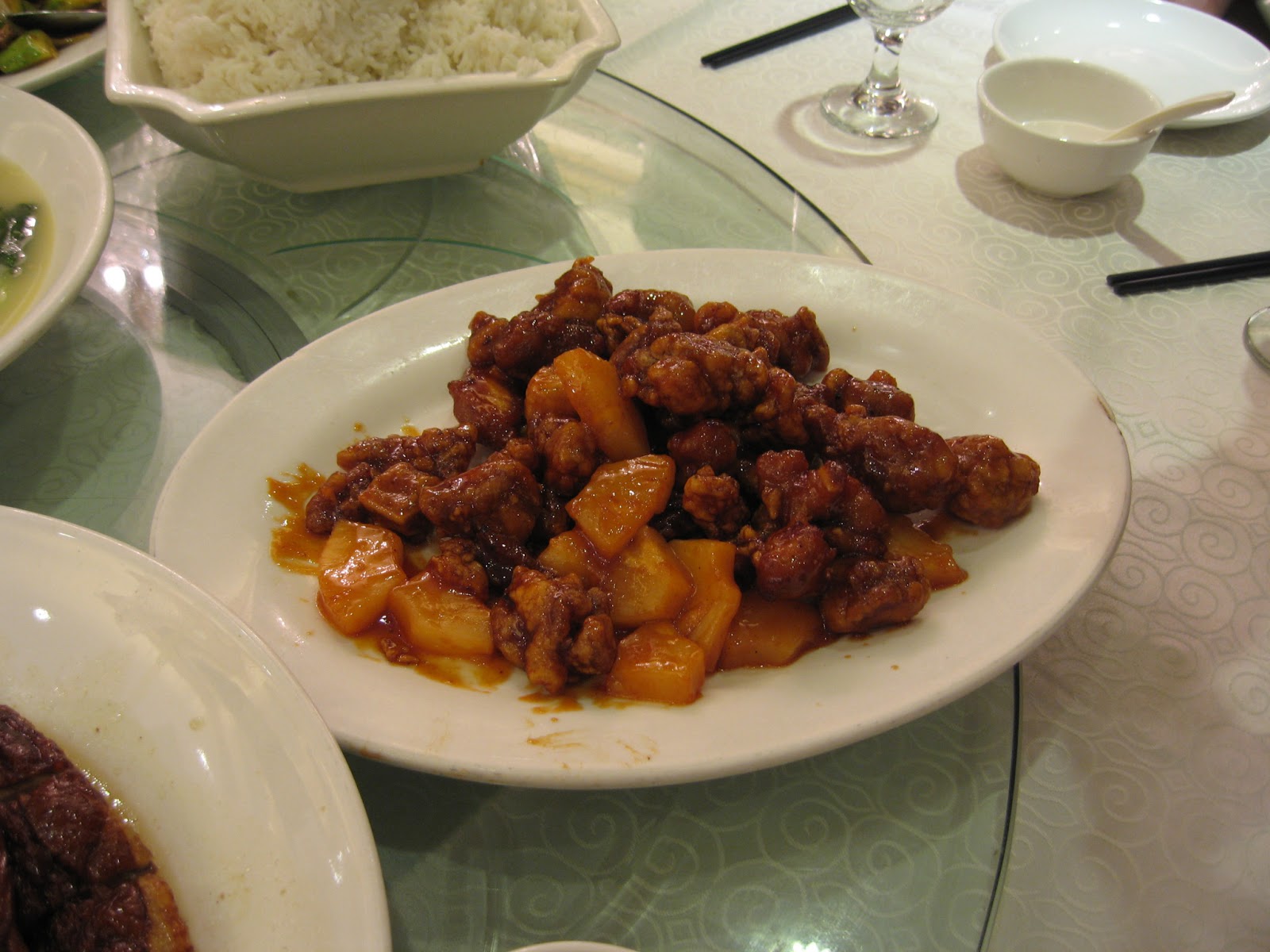 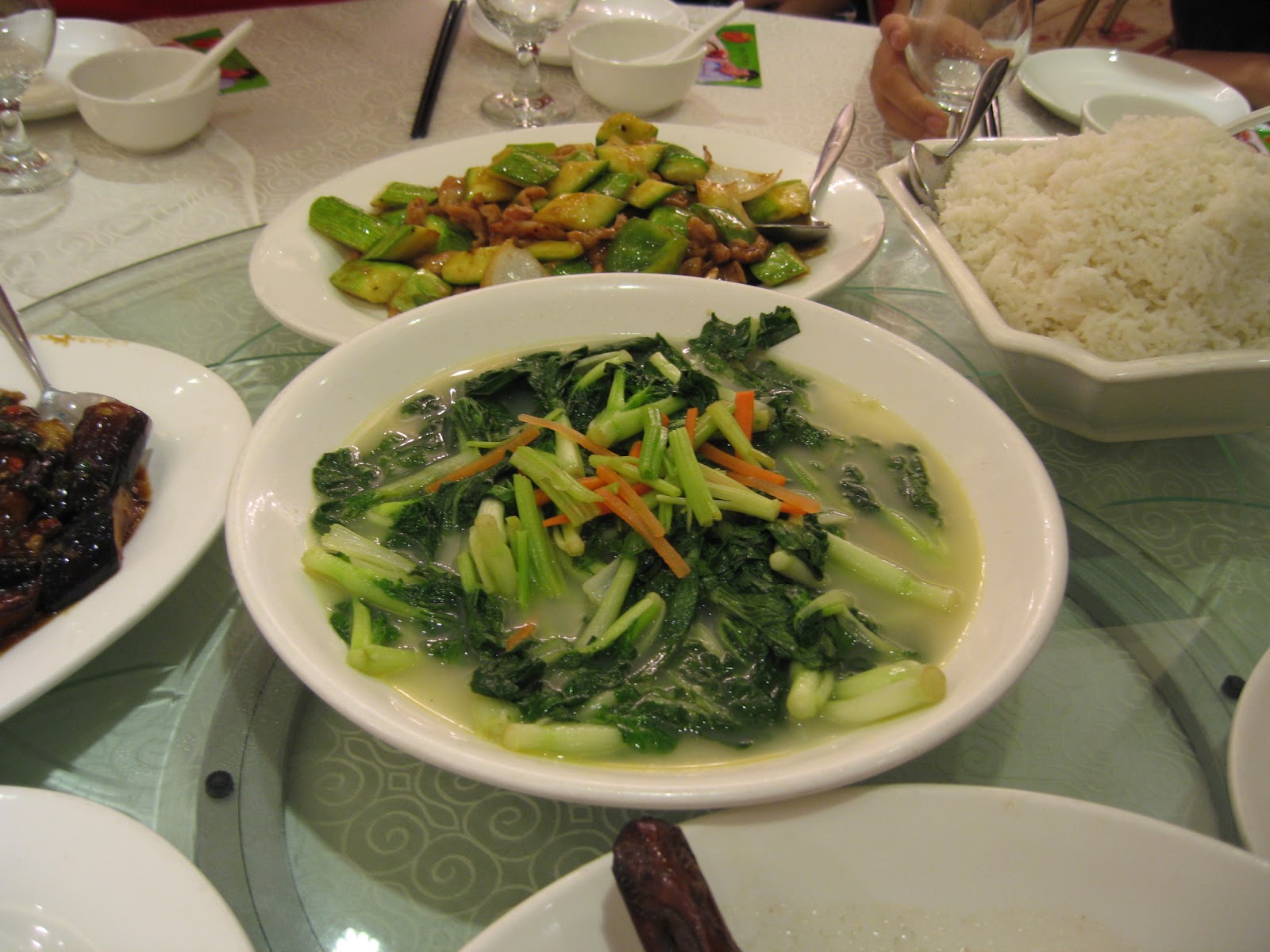 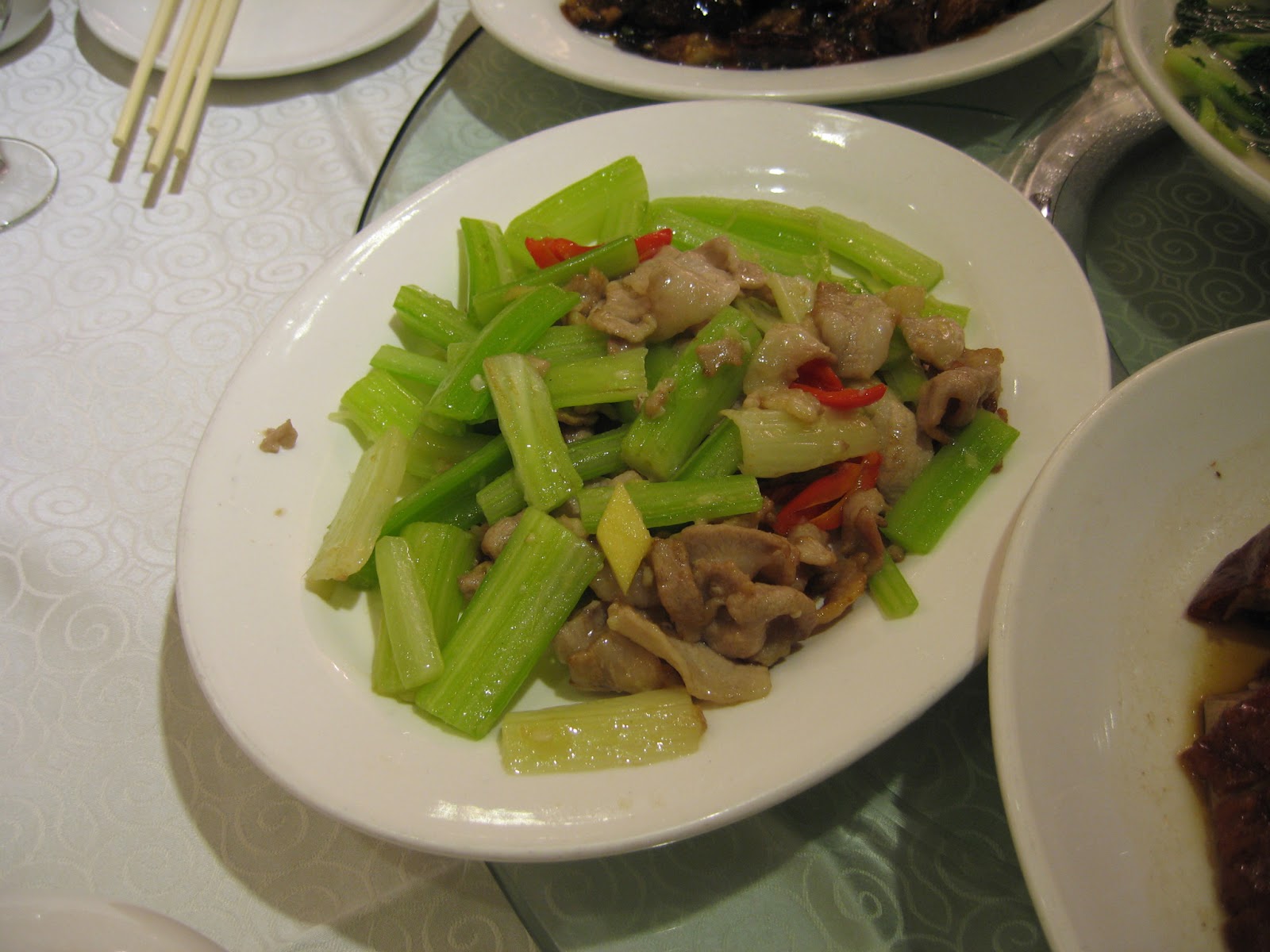 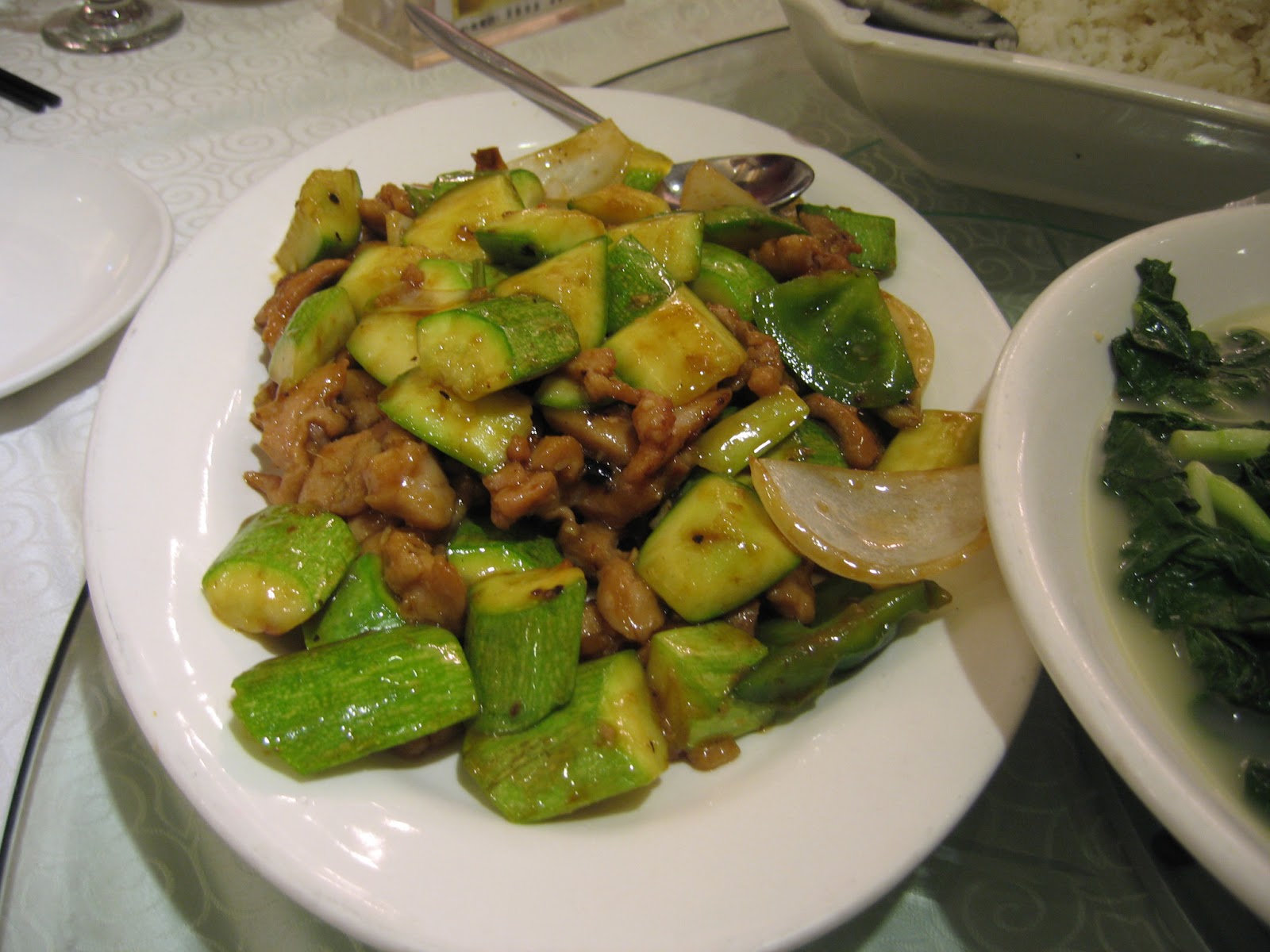 "Seng Kua"cooked with bell peppers and big onions. The "seng kua" looks like a cross between a cucumber and a zucchini. In fact, many in the group thought that it was just cucumber, but it tasted better than cucumber.


Was the dinner good ? Well, I would give a rating of seven out of ten points for taste. I would say the dishes served were ordinary fare, nothing outstanding about them. Perhaps, there are great dishes and dim sum available at this restaurant but as you know, food arranged for tour packages are usually on a shoestring budget.