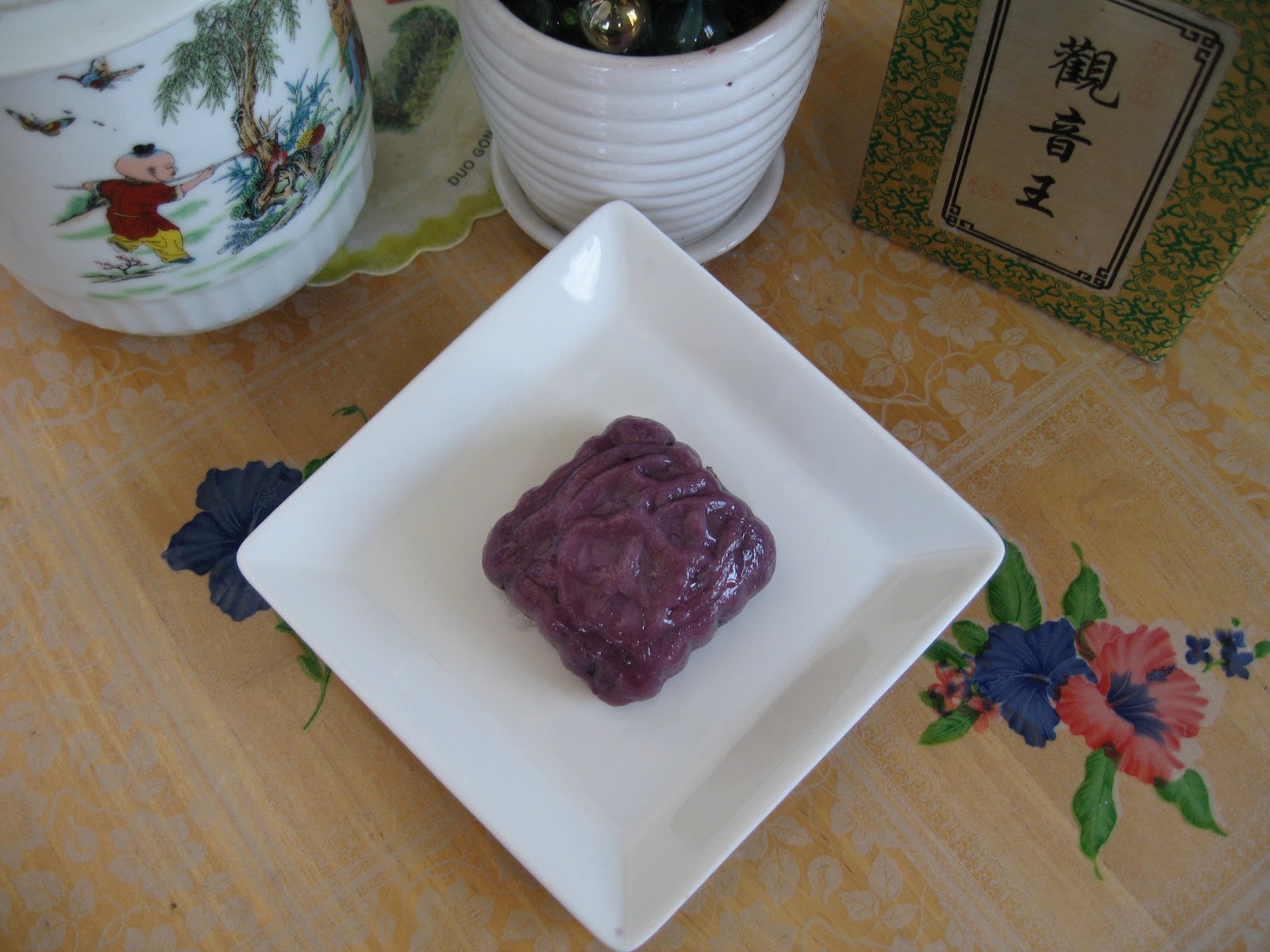 
Again, I was in a bind while making this purple dumpling, the recipe calls for a turtle-shaped mould which I do not have but since I have others I resorted to improvise and used a square one instead. As a result I have to make changes to the Chinese name as well. 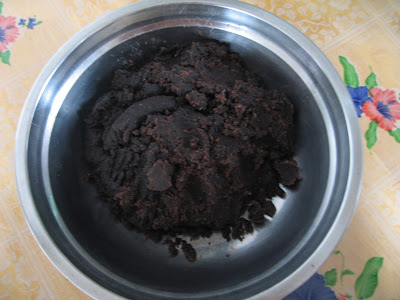 Instructions to make the dumpling


1.  Peel the sweet potato and cut into pieces, steam over boiling water until the sweet potatoes are soft. Dish up and mash them into a smooth paste.
2.  In a mixer, add the glutinous rice flour, sweet potato paste, sugar, cooking oil. Remember to add in boiling water and the extra water at room temperature.
3.  Knead until a soft dough is formed.
4.  Divide the purple dough into small portions, depending on the size of your mould. Cover them with  a wet cloth.
5.  Divide the red bean paste into same equal number of portions as the dough. Roll the red bean paste into small round balls. Set aside for later use.
6.  Roll out a portion of the purple dough and flatten to make a small circle. Wrap a ball of red bean paste. Seal the edges.
7.  Press the small dumpling into a mould which has been sprinkled with flour.
8.  Press gently to make the impression and then knock out the imprinted dumpling.
9.  Place onto a greased steaming tray.
10.  Repeat process until all dough and red bean paste are used up.
11.  Steam over high heat for about 7 minutes.
12.  Brush with oil immediately upon removing from the steamer. 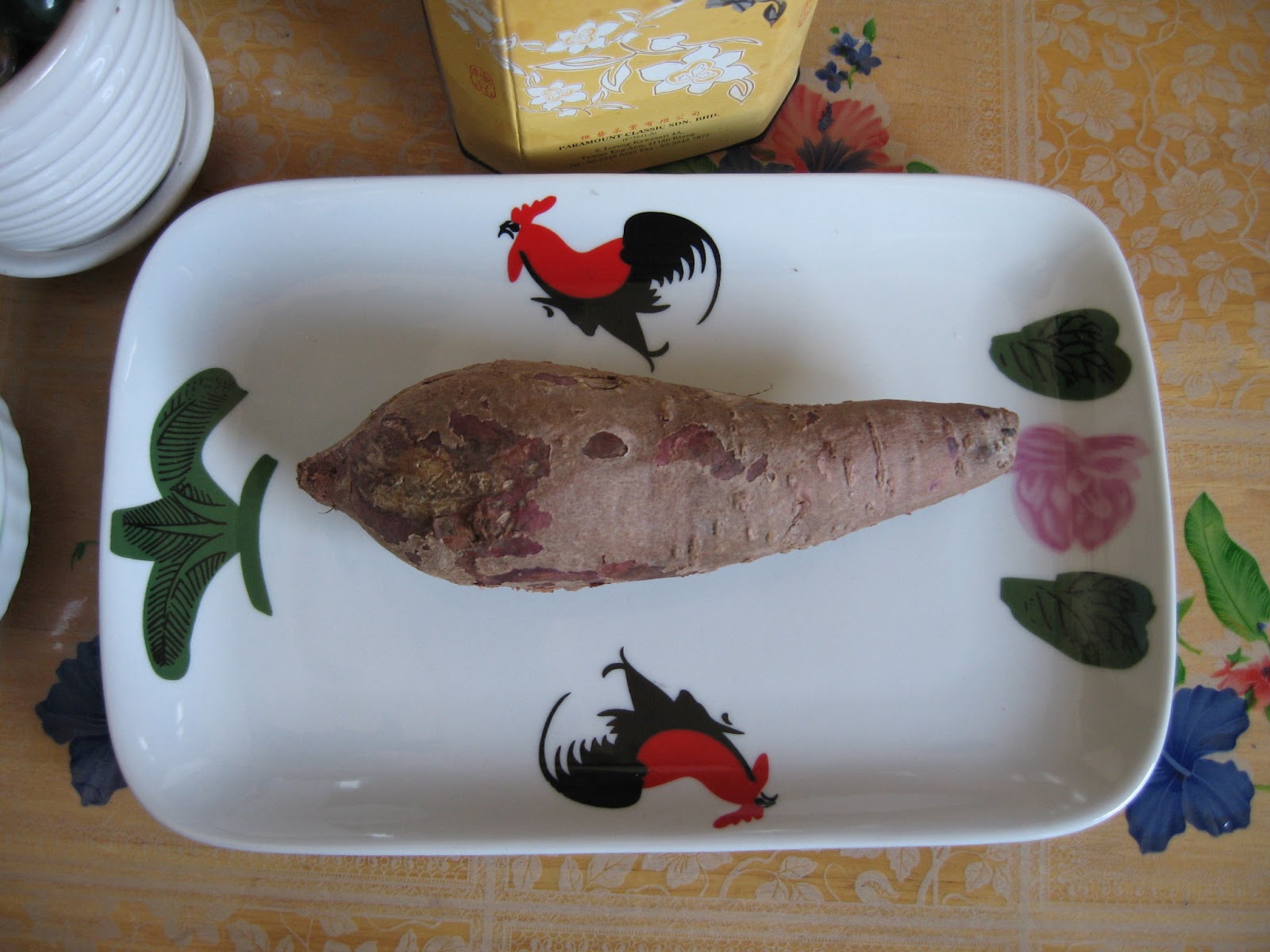 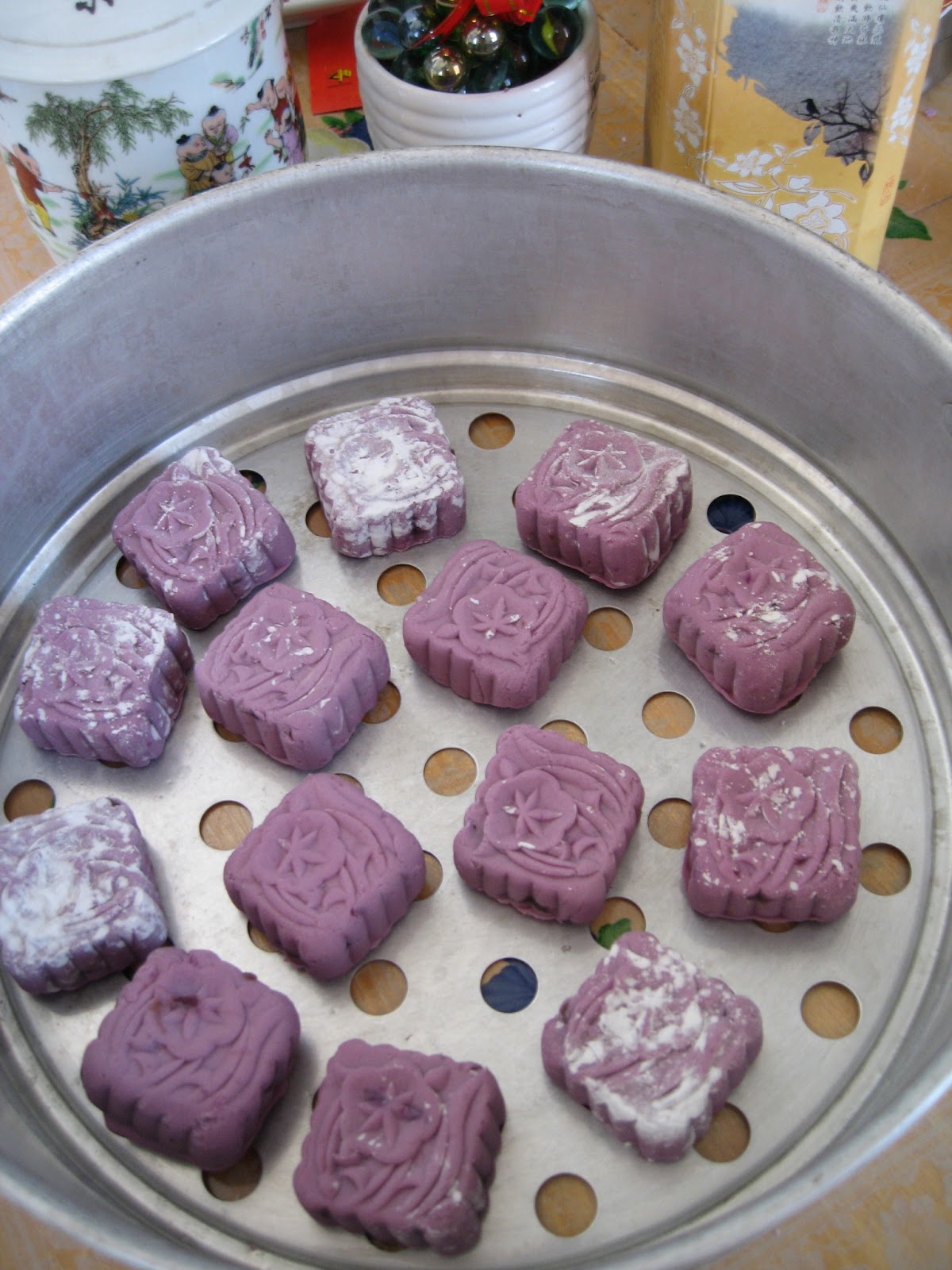 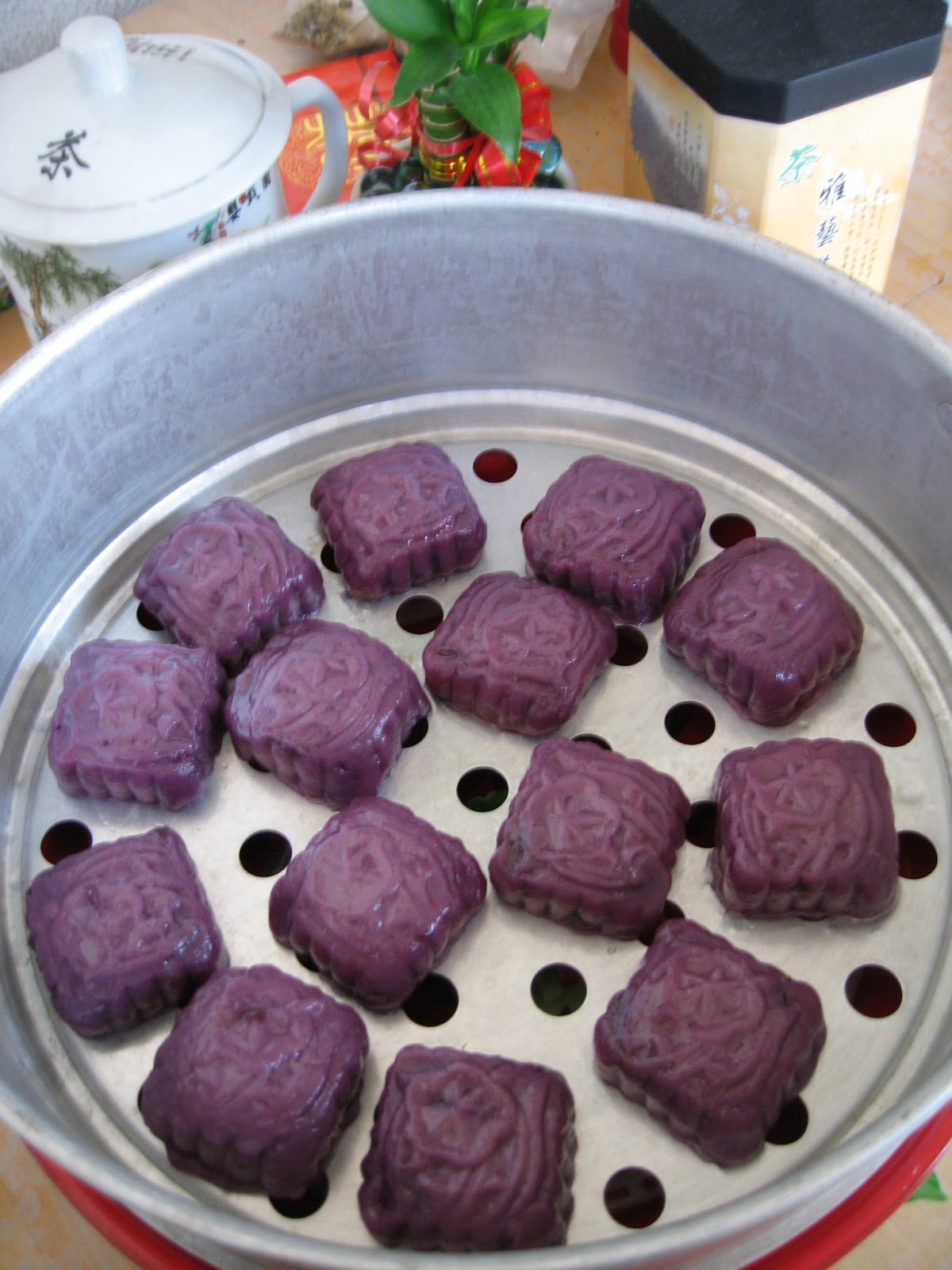 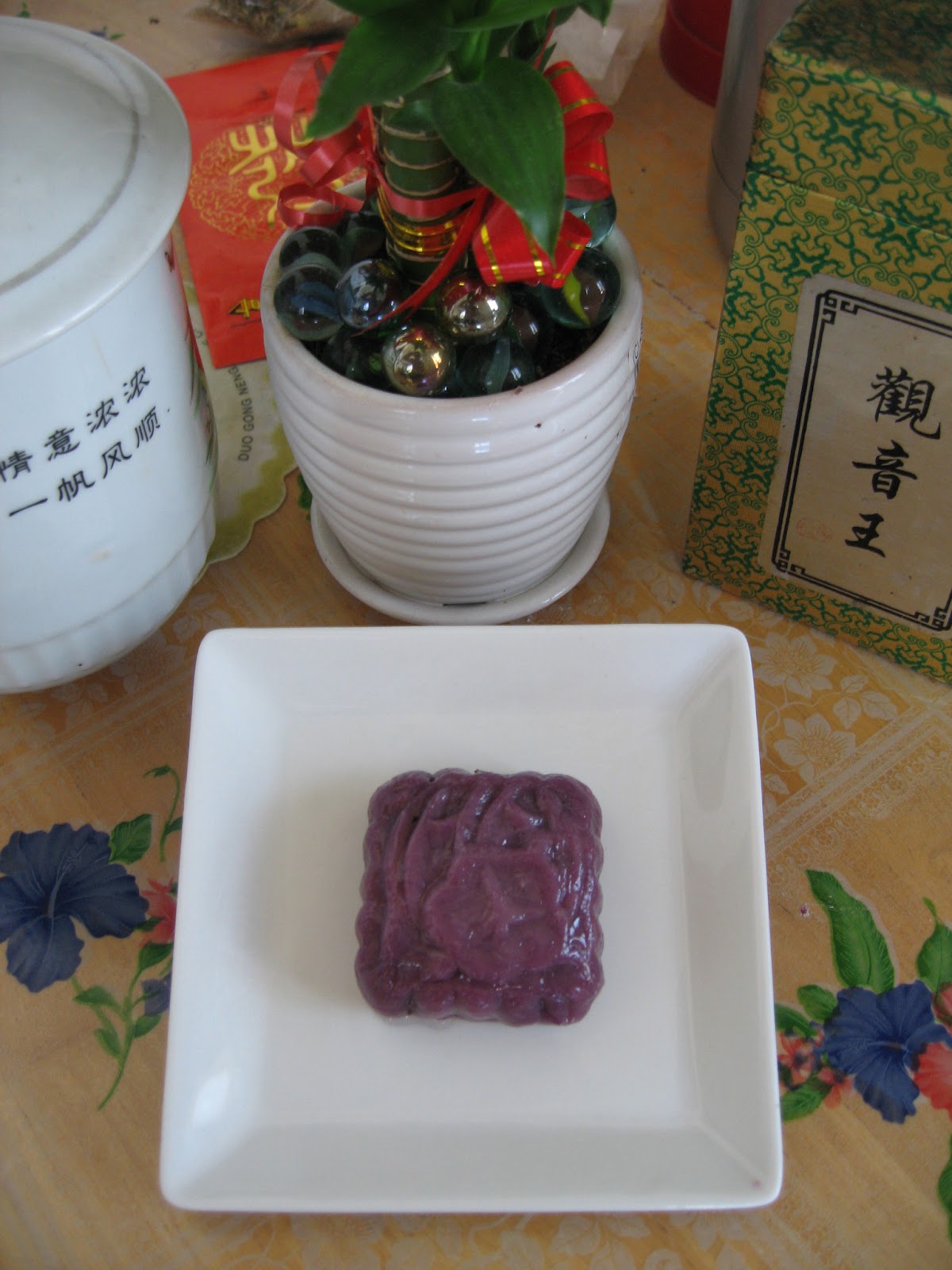 The skin remained soft and tasty even after several hours