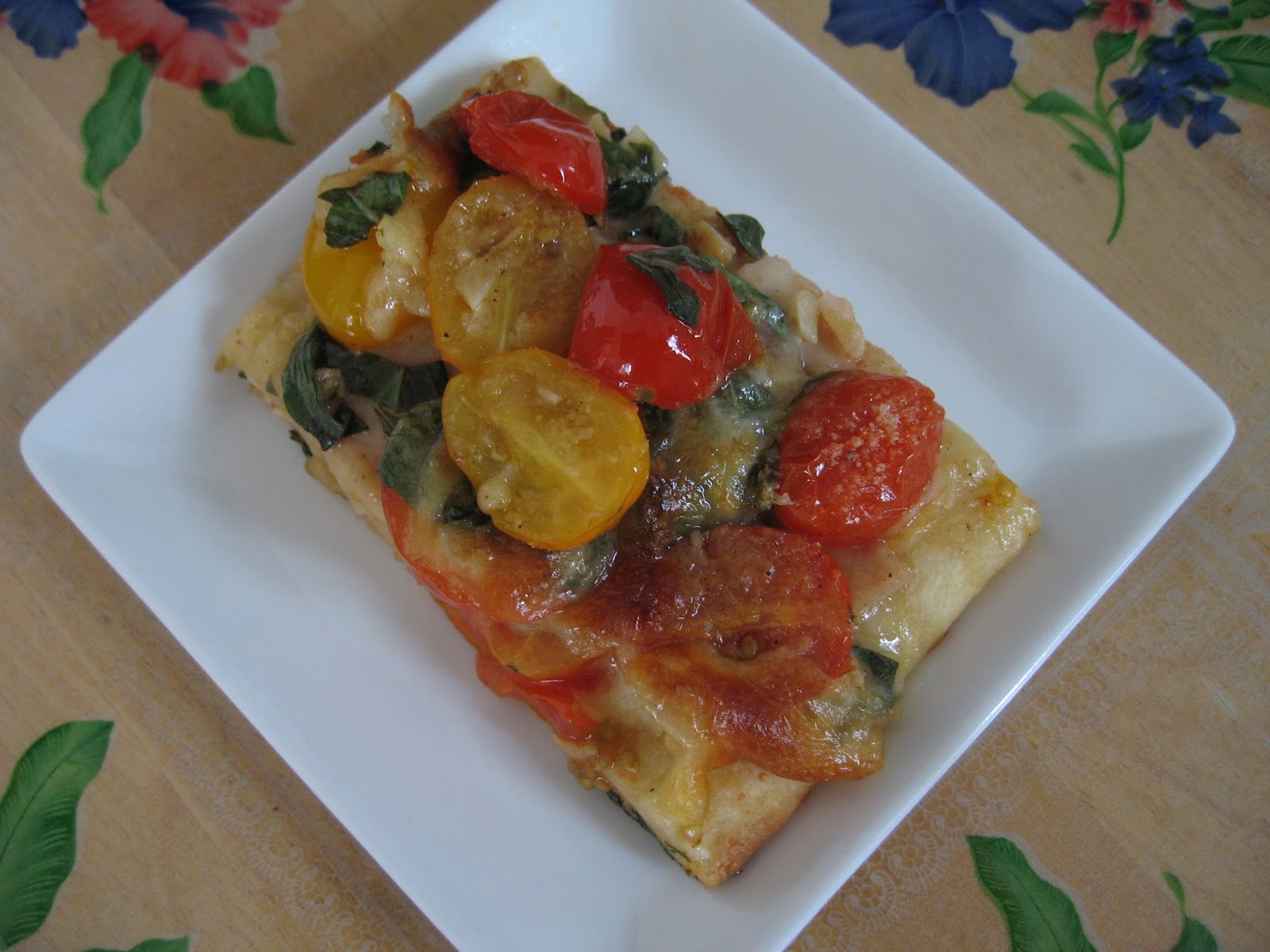 
After reading Mich's post I hopped over to The Pioneer Woman's pizza recipes as I was intrigue by the pizza crust that requires more than 24 hours to proof. And after reading Ree's posts on pizzas,  I had a hard time deciding which pizza to make because all the featured pizzas looked awesome!

Pizza Ree-a is all vegetables. I adapted the original recipe. I added ham to cater to my family's taste buds. I prefer a plain base, so I omitted using pesto as a spread.  And I baked the cherry tomatoes together with the crust instead of pouring them over the baked crust and is supposed to be eaten as tomato-basil salad.


Ingredients For The Crust


Preparation Instructions For The Crust


1.  Sprinkle yeast over 3/4 cup warm (not lukewarm) water. Let stand for a few minutes.
2.  In a mixer, combine flour and salt. With the mixer running on low speed, drizzle in olive oil until combined with flour.
3.  Next, pour in yeast/water mixture and mix until just combined, and the dough comes together in a sticky mass.
4.  Coat a separate mixing bowl with a light drizzle of olive oil, and form the dough into a ball.
5.  Toss to coat dough in olive oil, then cover the bowl tightly with plastic wrap and store in the fridge until you need it.

Note :  I used only Mozzarella and Parmesan cheese


1.  In a small skillet, heat olive oil over medium-high heat.
2.  Add garlic and stir, lightly frying for about a minute, removing before the garlic gets too brown. Pour into a mixing bowl and allow to cool slightly.
3.  Add tomatoes, Worcestershire sauce, basil, salt and pepper to the bowl.
4.  Toss to combine, then taste and add more basil if needed, and more salt if needed. Set aside.
5.  Roll out the pizza dough as thin as it will go and transfer to an oiled baking tray. Drizzle a little olive oil on the dough and smear it around with your fingers.
6.  Sprinkle with salt and pepper.
7.  Sprinkle with Mozzarella and Parmesan cheese.
8.  Place pieces of ham on top.
9. Spoon the tomato-basil mixture on top. Sprinkle with more cheese.
10.  Bake pizza for 12-15 minutes at 200 degree C or until crust is golden.
11. Cut into squares or rectangles and serve! 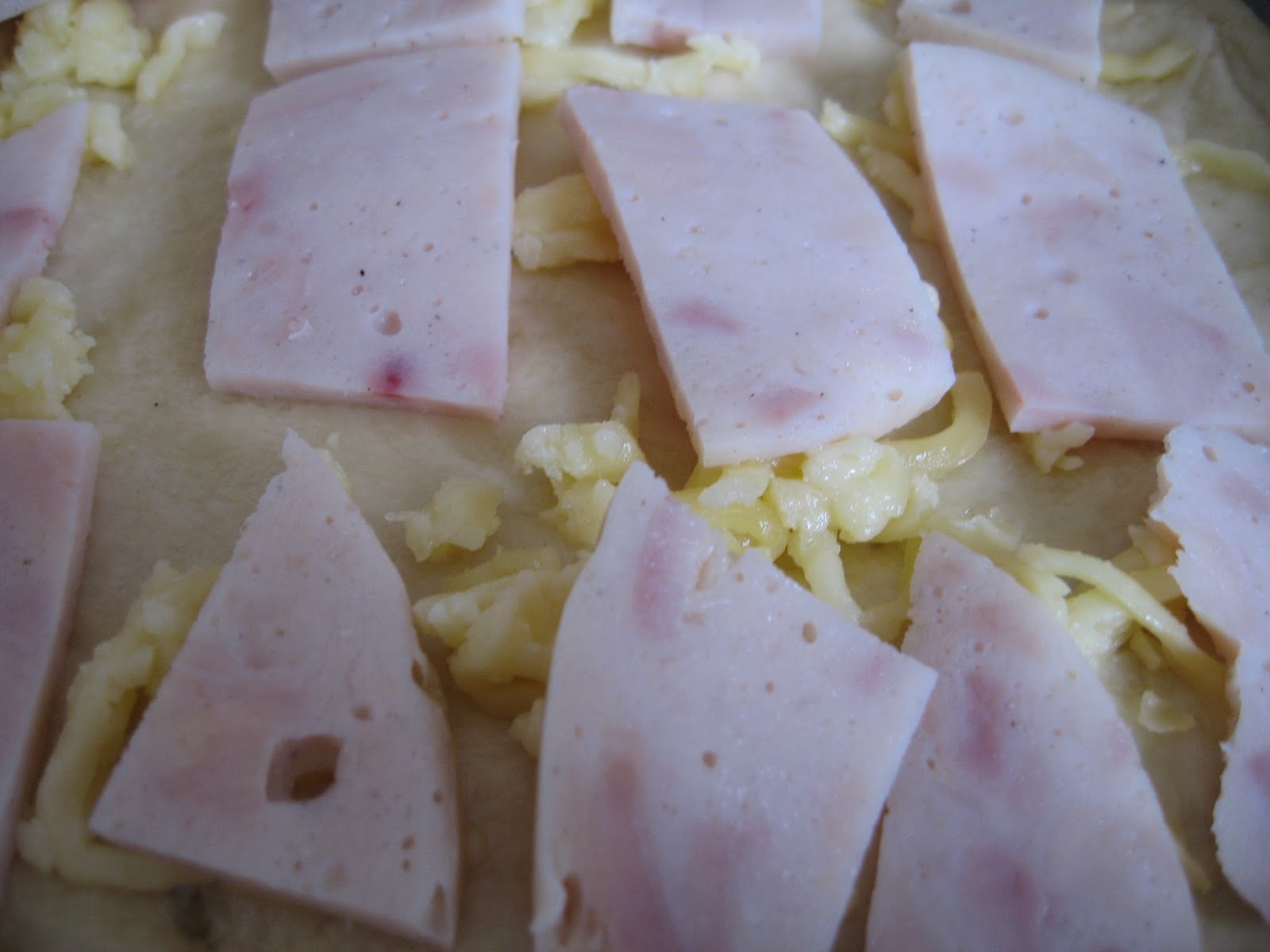 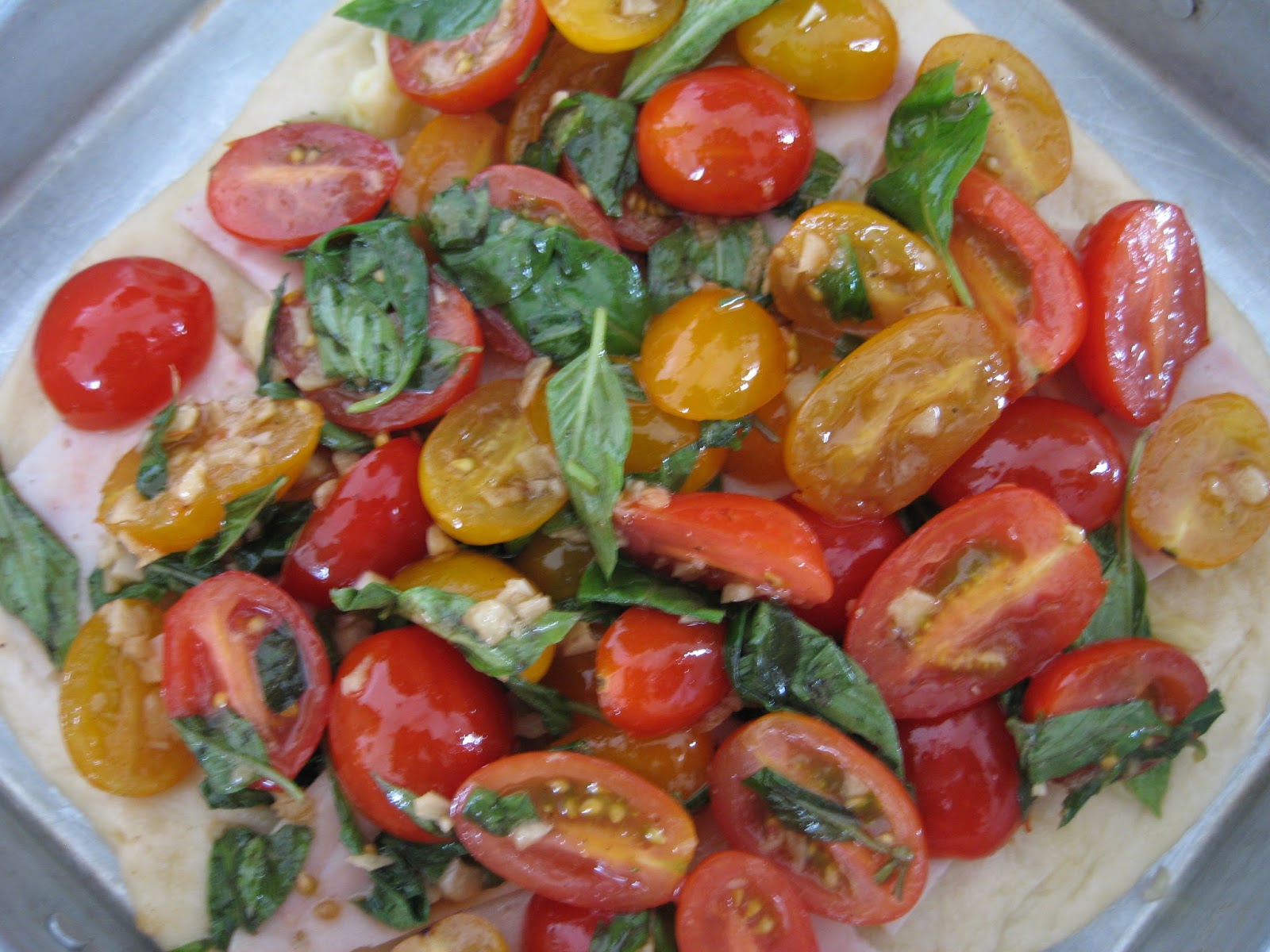 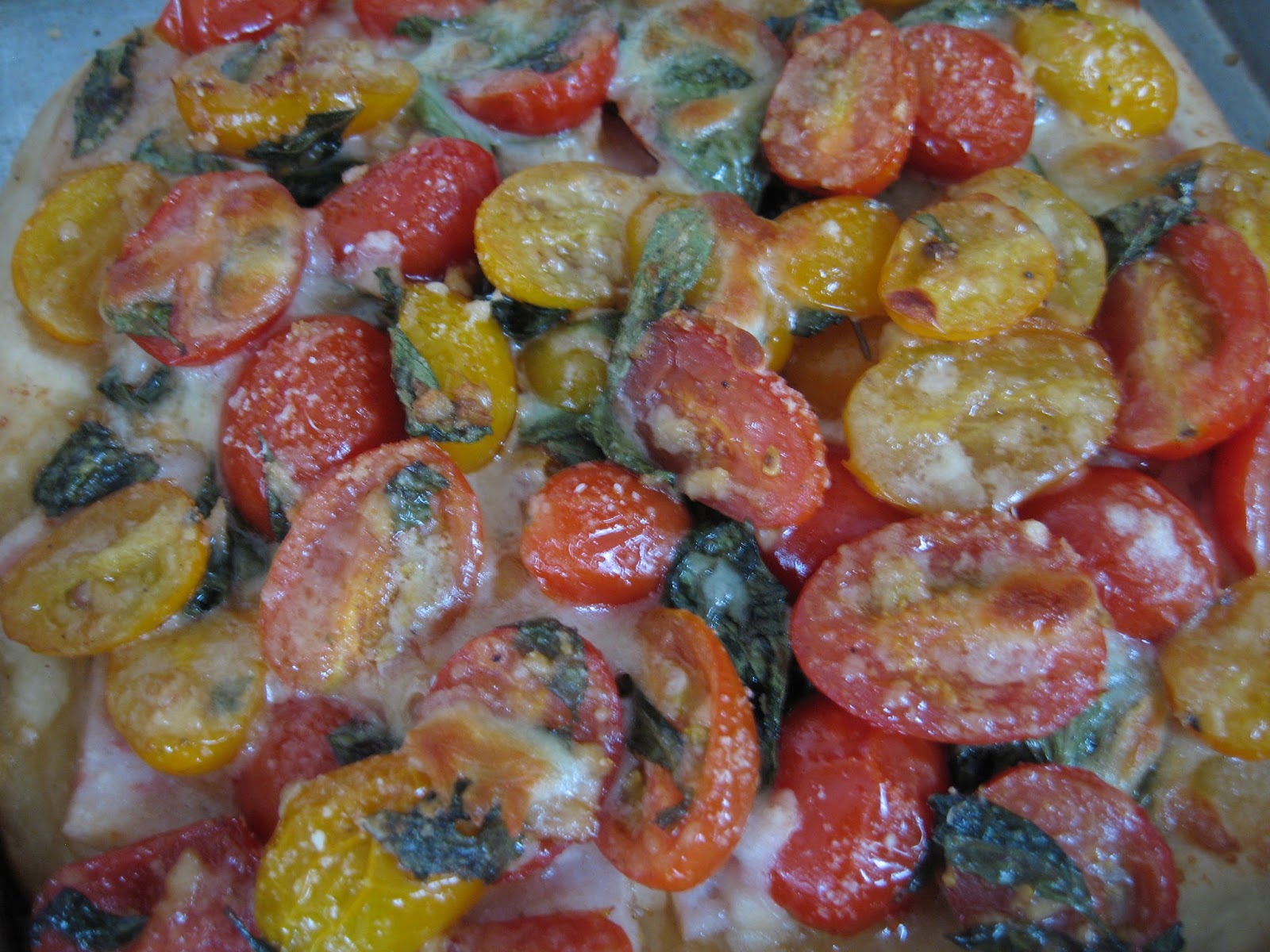 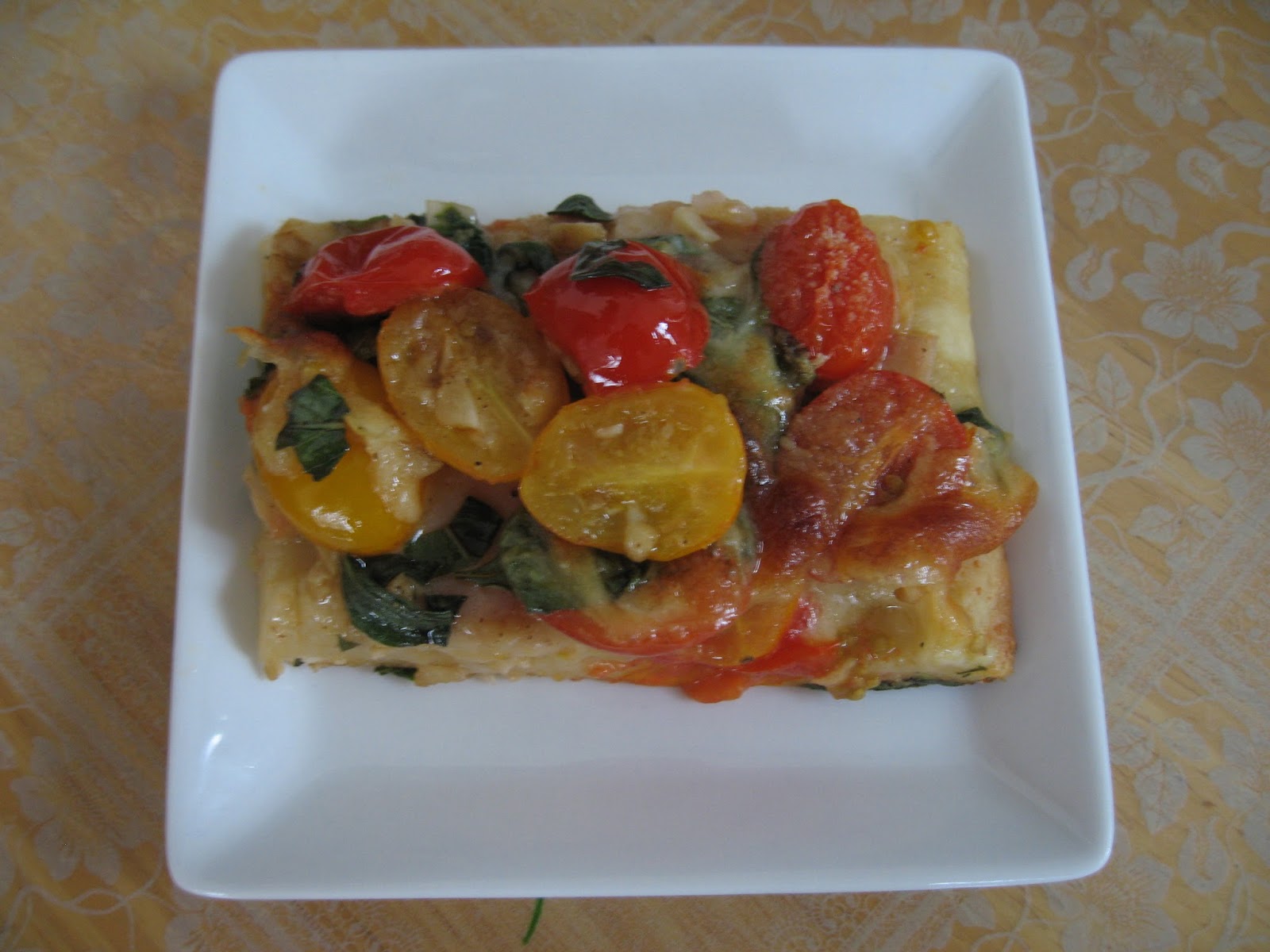 A slice of the awesome pizza 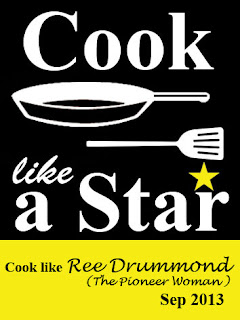 Hosted by Baby Sumo of Eat Your Heart Out,
Zoe from Bake For Happy Kids and Mich from Piece of Cake

I am also submitting this post to  Aspiring Bakers #35: A Palate for Pizza (September 2013) hosted by Joey from Little accidents in the Kitchen