At around 10-45 p.m. the tour bus took us downhill from the The Peak to Tsim Sha Tsui. The night scene and neon lights from the buildings across the Causeway Bay were spectacular.

We stopped here for only a couple of minutes just for us to take a couple of snapshots of the night scene. We were in Kowloon looking across the sea at Hong Kong Island's business hub. 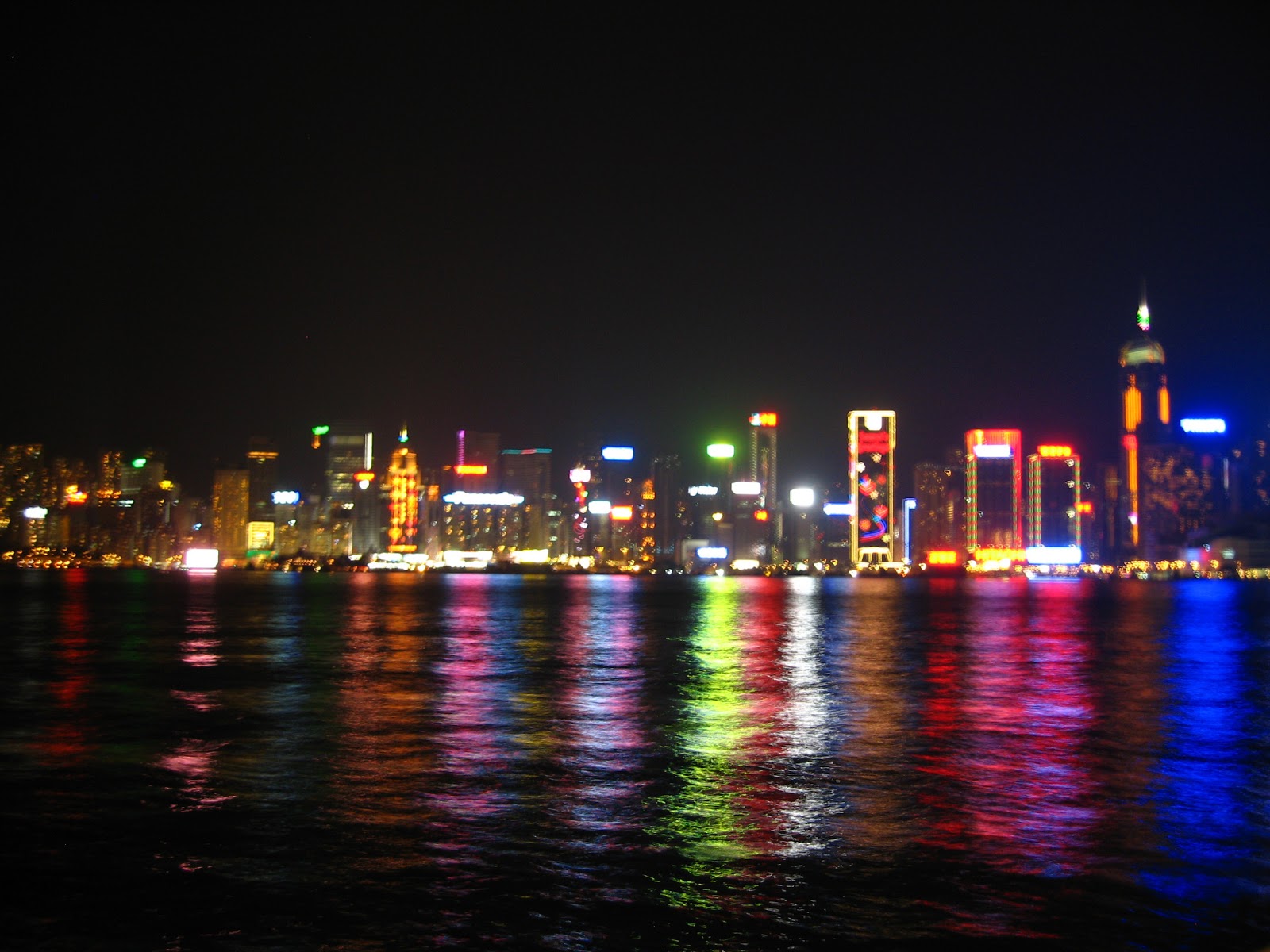 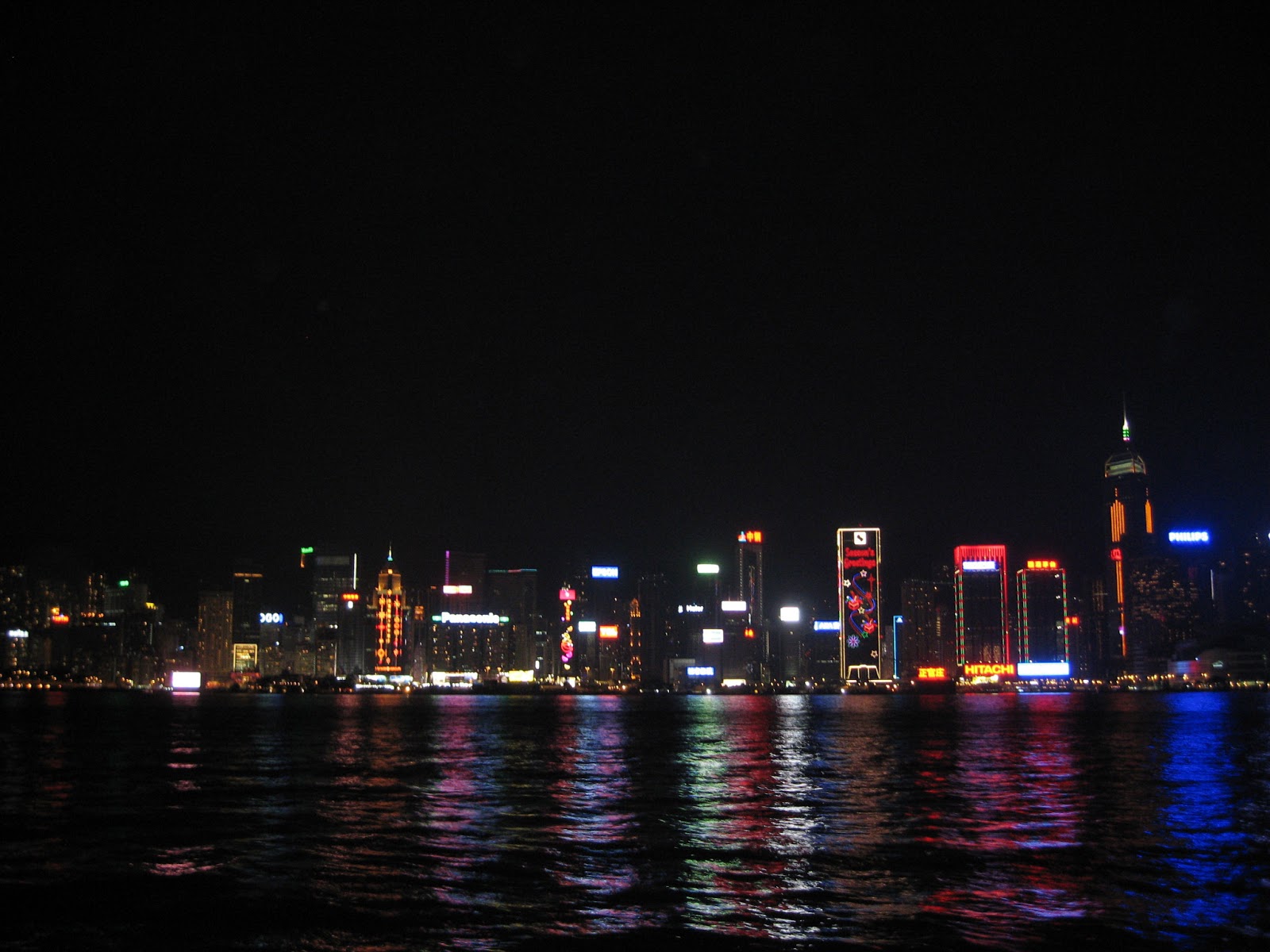 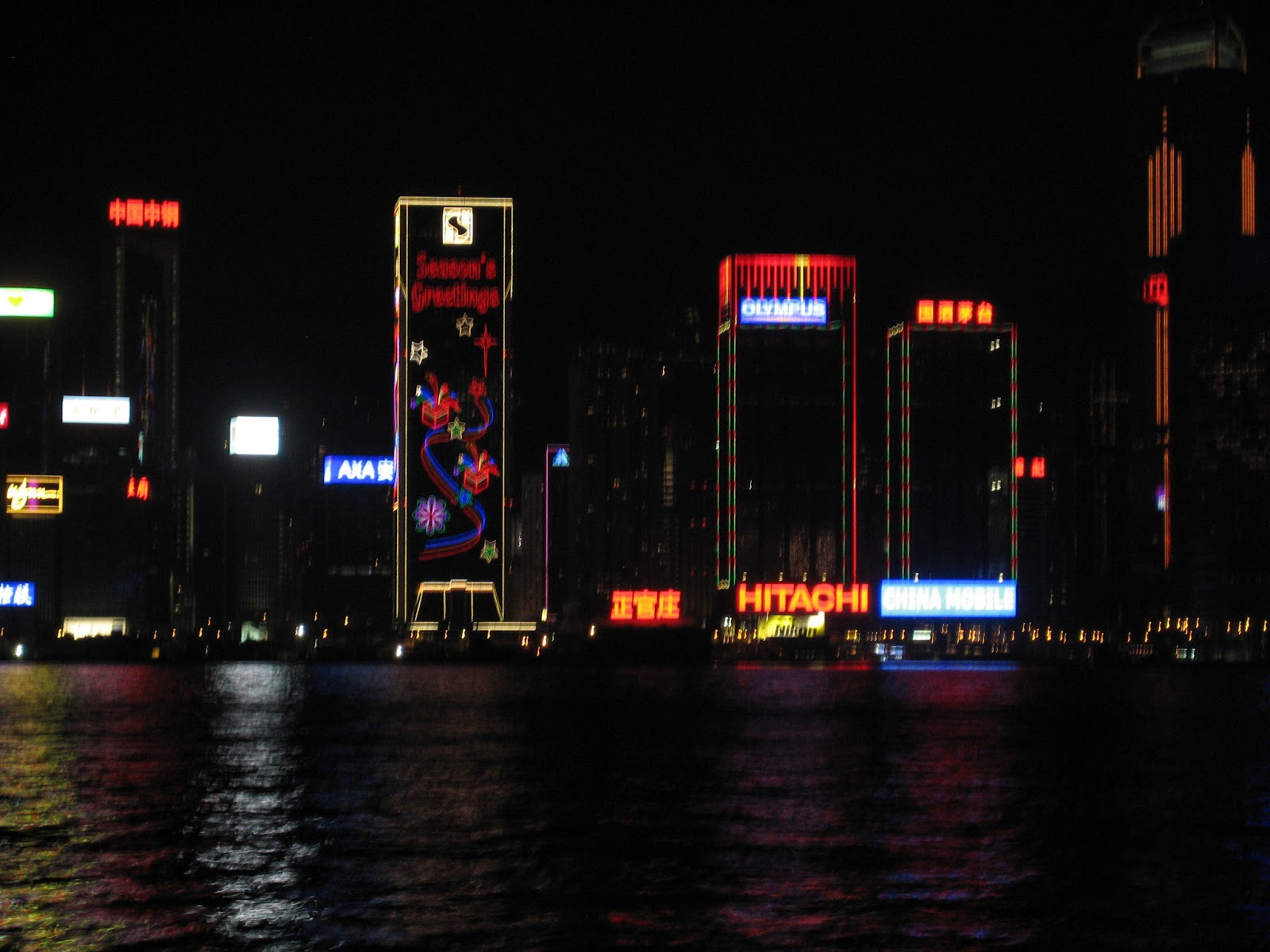 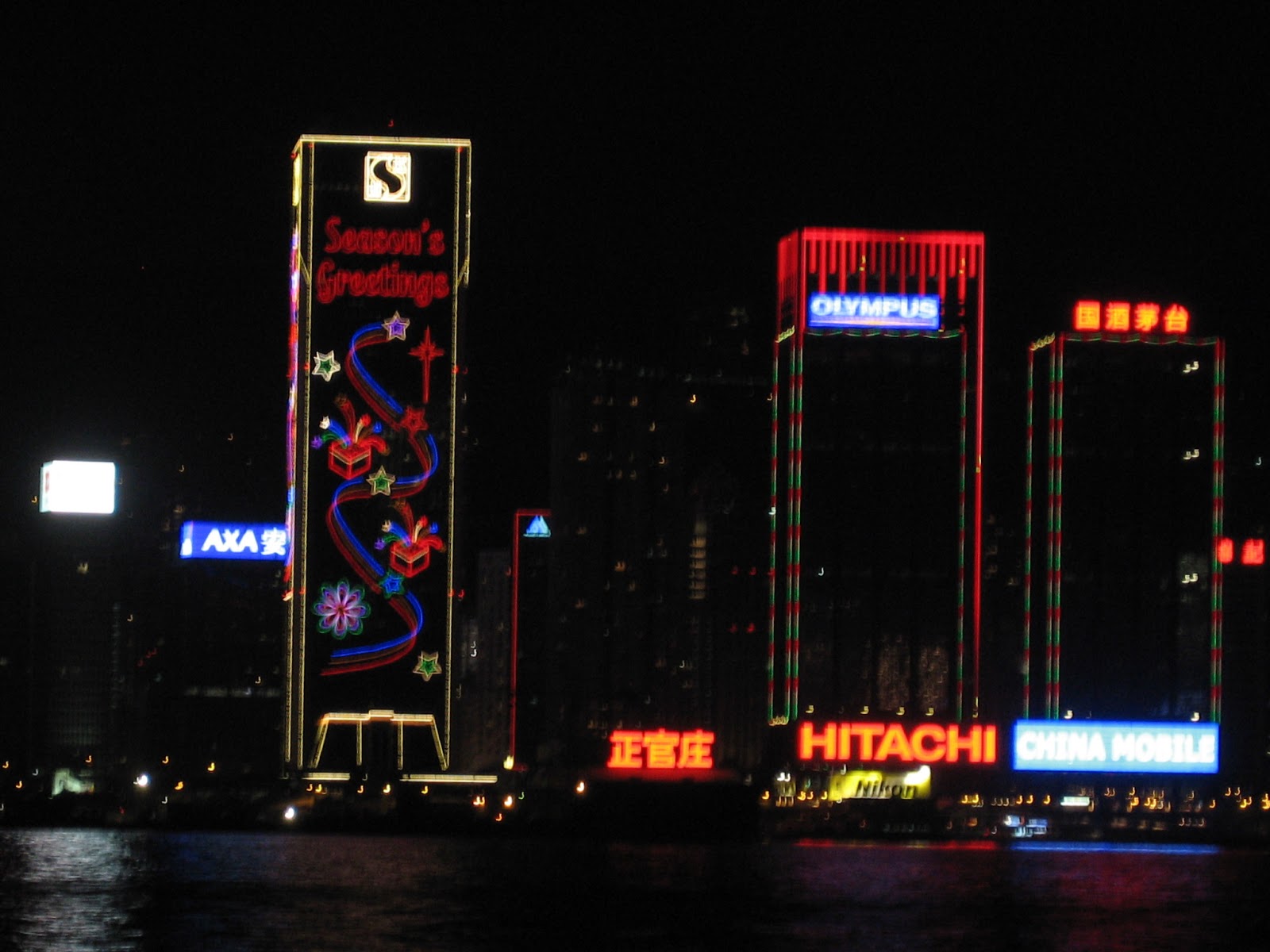 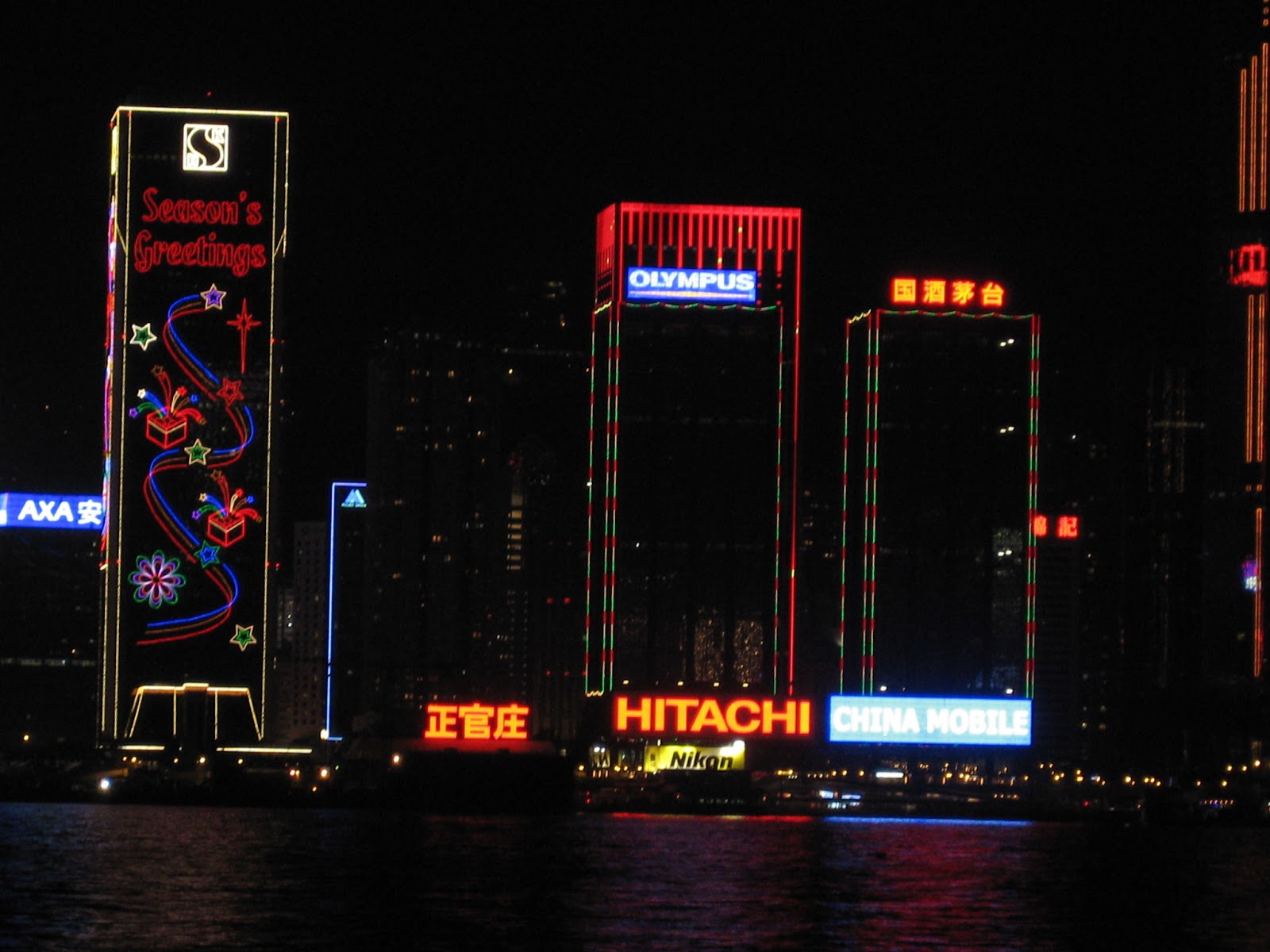 From Tsim Sha Tsui, we went to Hong Kong's famous "ladies' market" in Mongkok. It was already past 11-00 P.M. and most of the stalls were already closing for the night but yet the crowd of people still mingling around this night spot was astounding.

While at the nui yan kai （女人街） aka ladies' market, SK managed to find something he liked for supper, a bowl of fresh prawn sui gow wonton noodle. Food in Hong Kong is not cheap as that bowl of noodle set SK back HKD30, which worked out to be about RM15. In K.L. such noodle costs at most RM 5 to RM6. As to the taste, well, like they say, food in Guangdong is the best. The noodle was crunchy, the prawns succulent and the soup fantastic.

Actually, at the ladies' market we were searching high and low for another eatery which we tried back in 2009 when we were in Hong Kong for the first time. We really like the food there but as we were not familiar with the area we didn't manage to locate it. But as luck would have it, when we were leaving the area in the tour coach and after making a turn or two the eatery came into view but just too bad, I guess we were fated not to dine there this time round. Better luck next time. 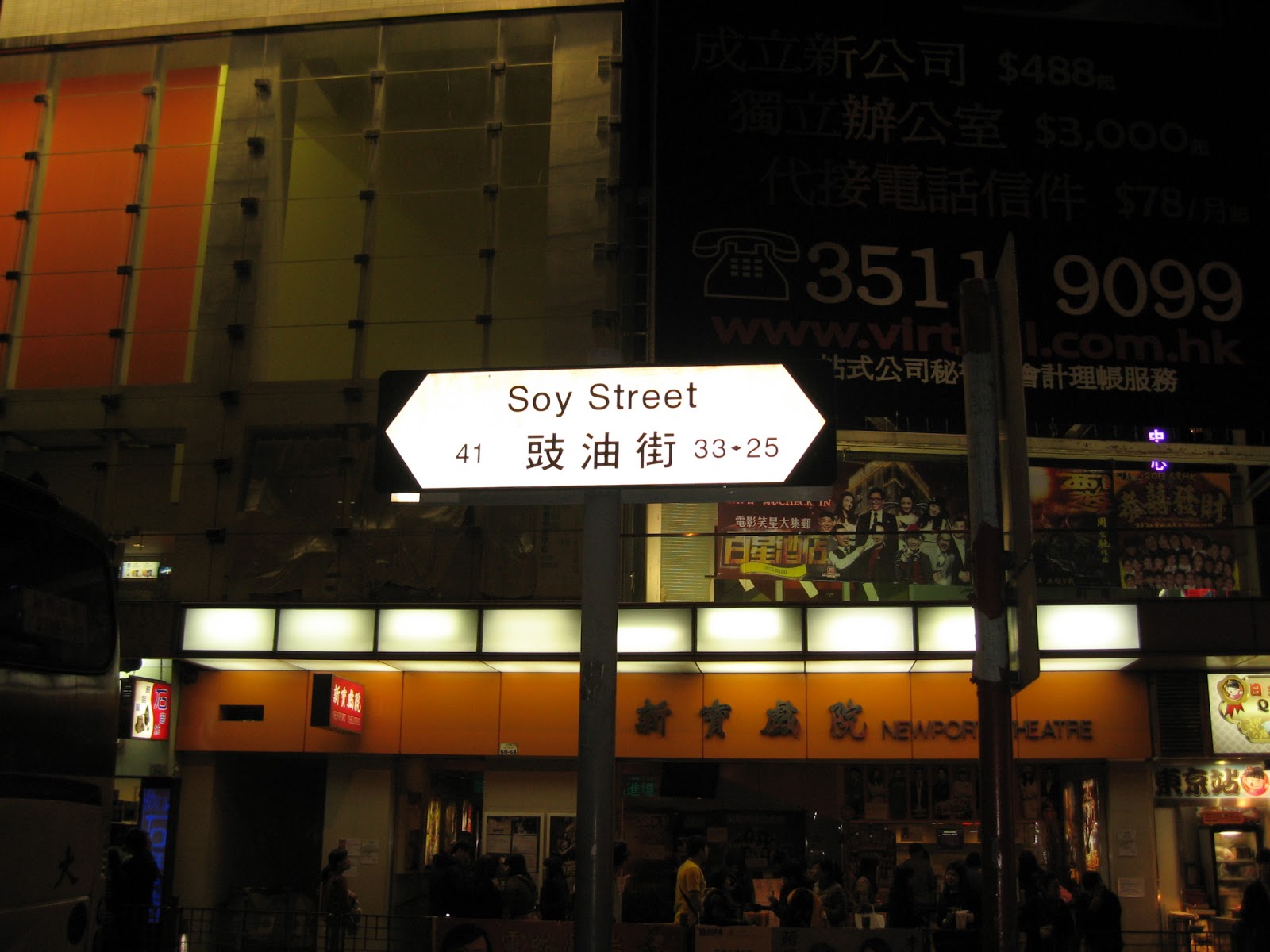 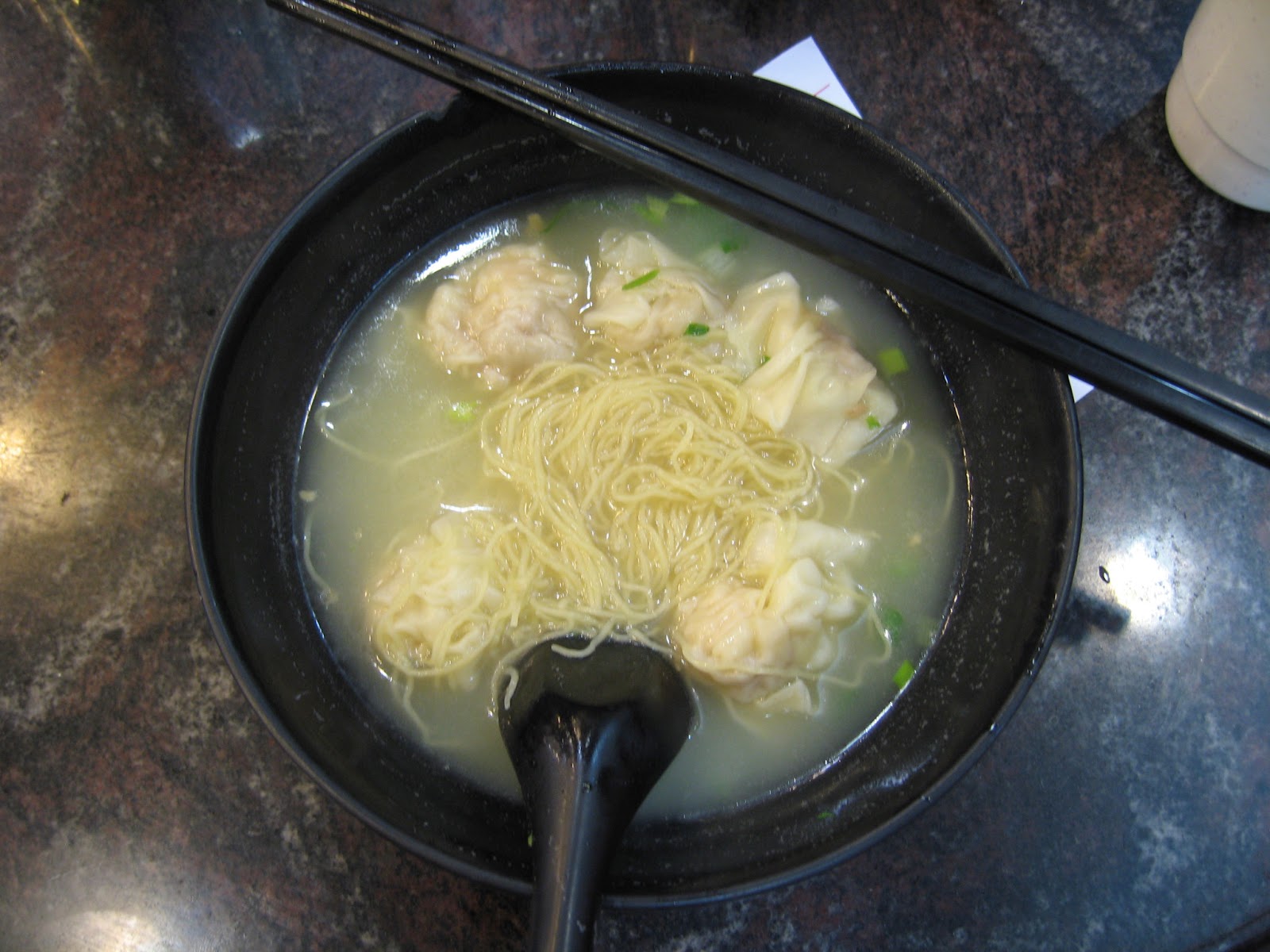 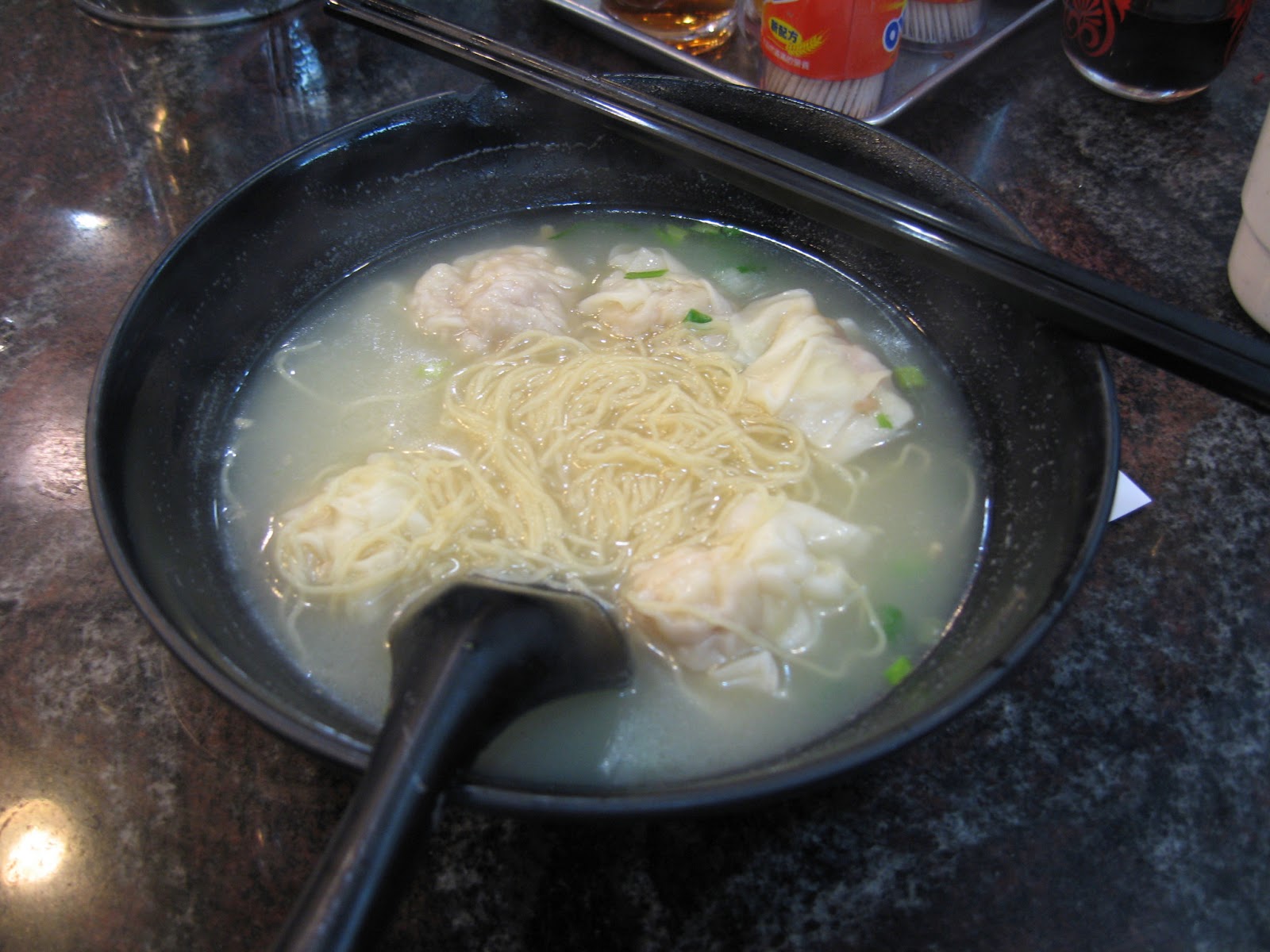 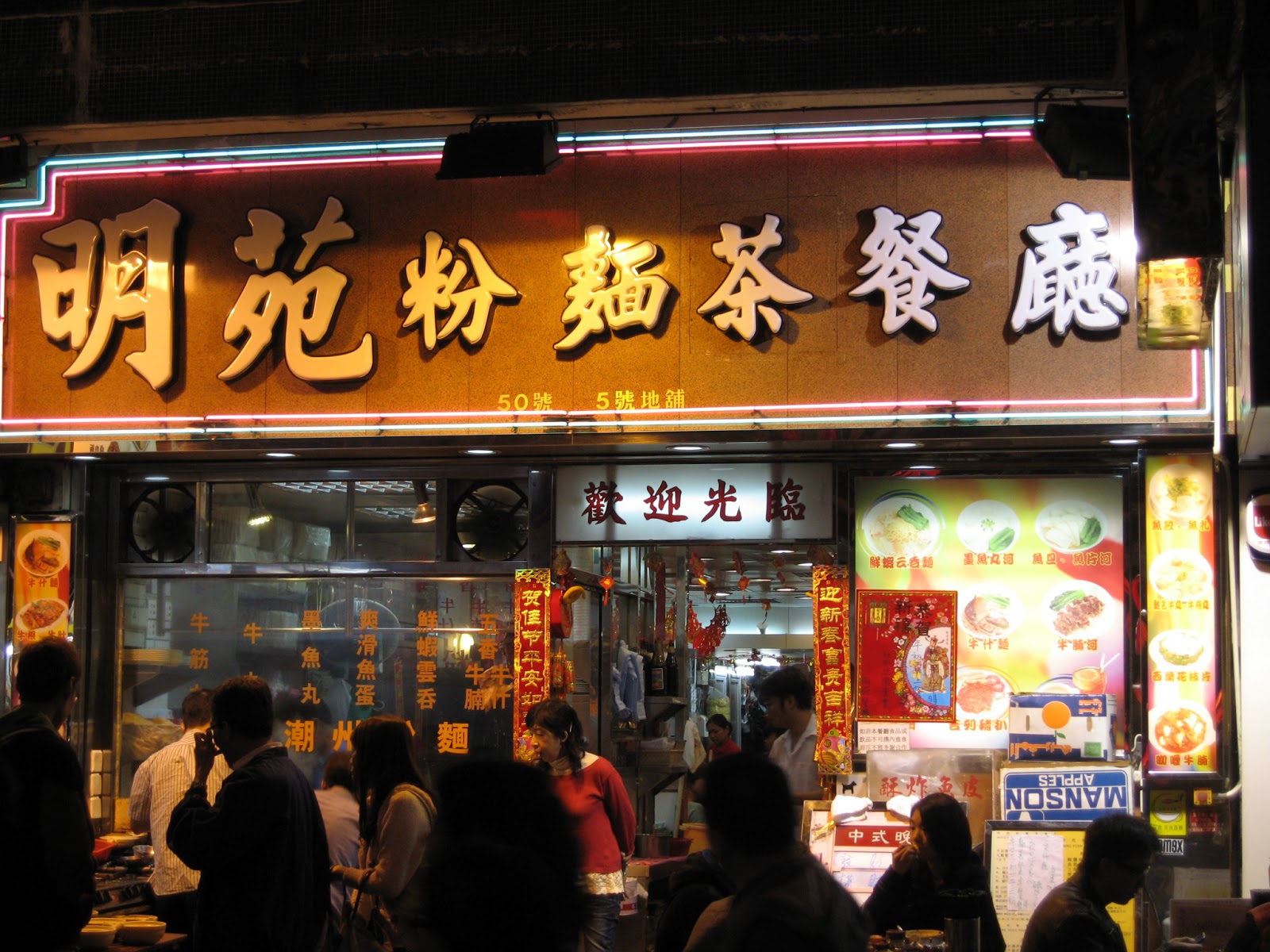 We checked into the Panda hotel past midnight. The Panda hotel is in Tsuen Wan, Kowloon. The rooms were reasonably large unlike those hostels in the city centre where there was little room to manoeuvre and the tendency to knock your head against the double-decker bed was high because back in 2009 we did put up at such hostels at the expense of the well-being of our  heads. Tsuen Wan maybe a little far from the shopping district but the hotel does provide a shuttle bus service to and from the tourist and shopping areas. 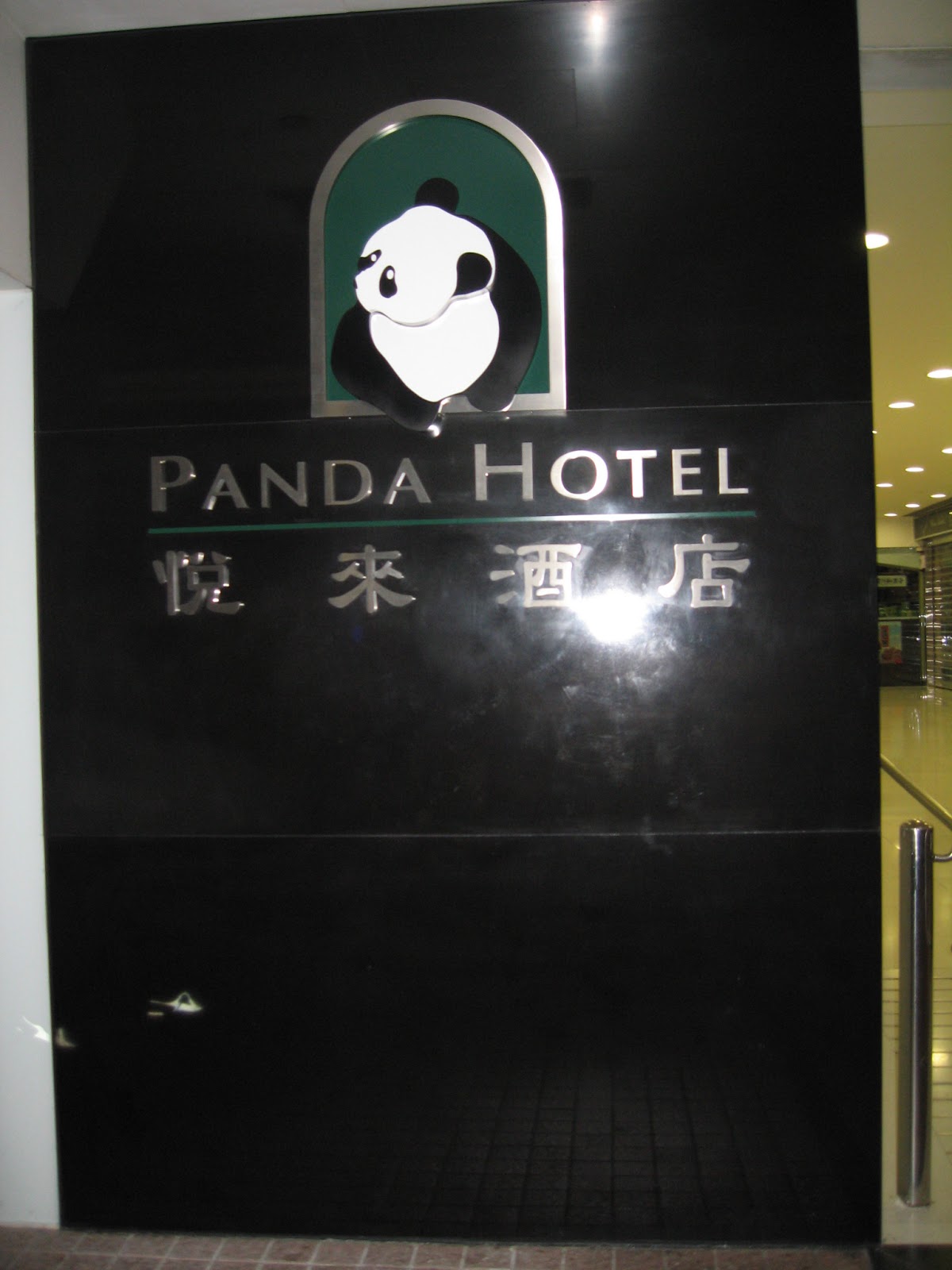 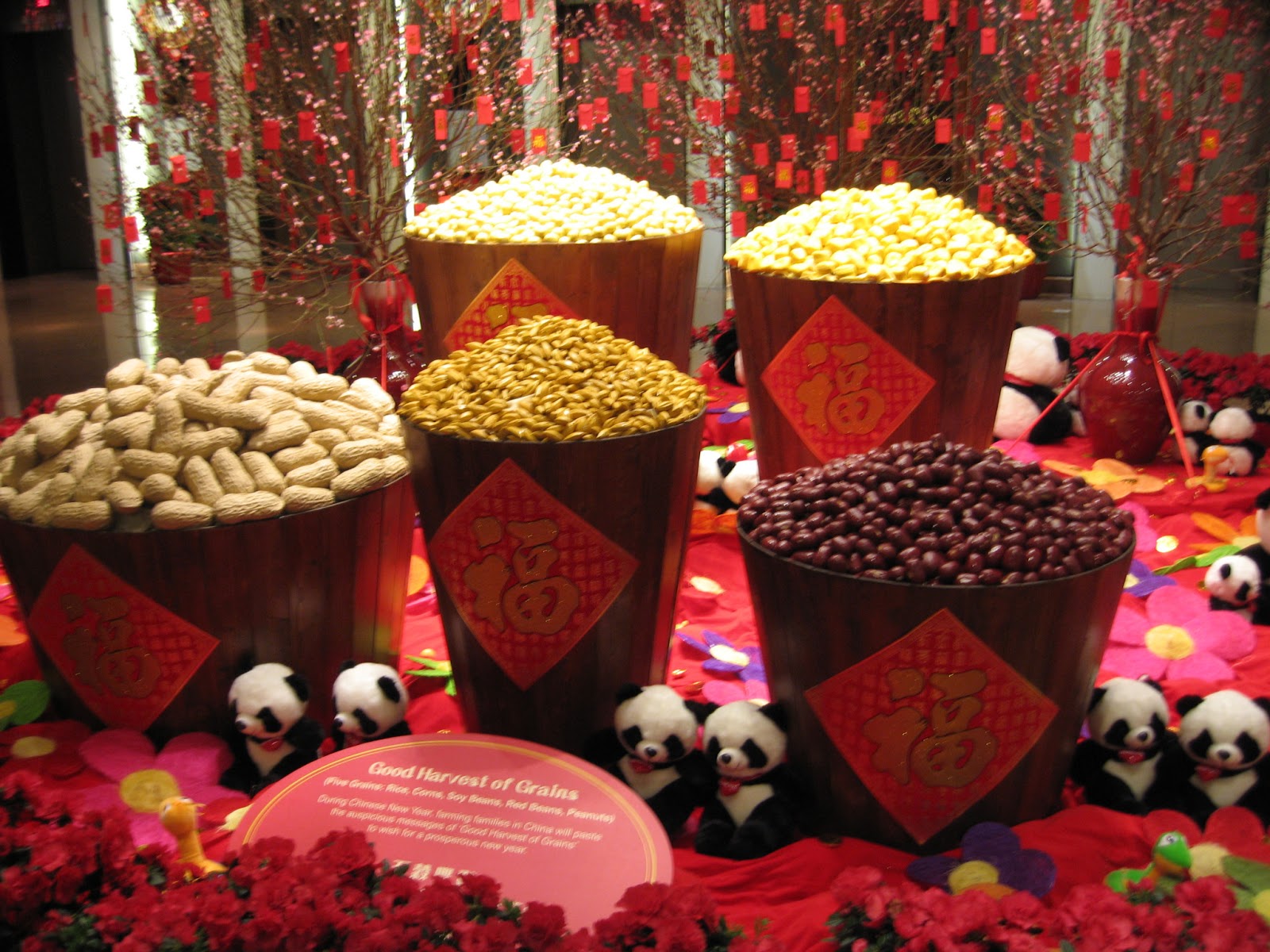 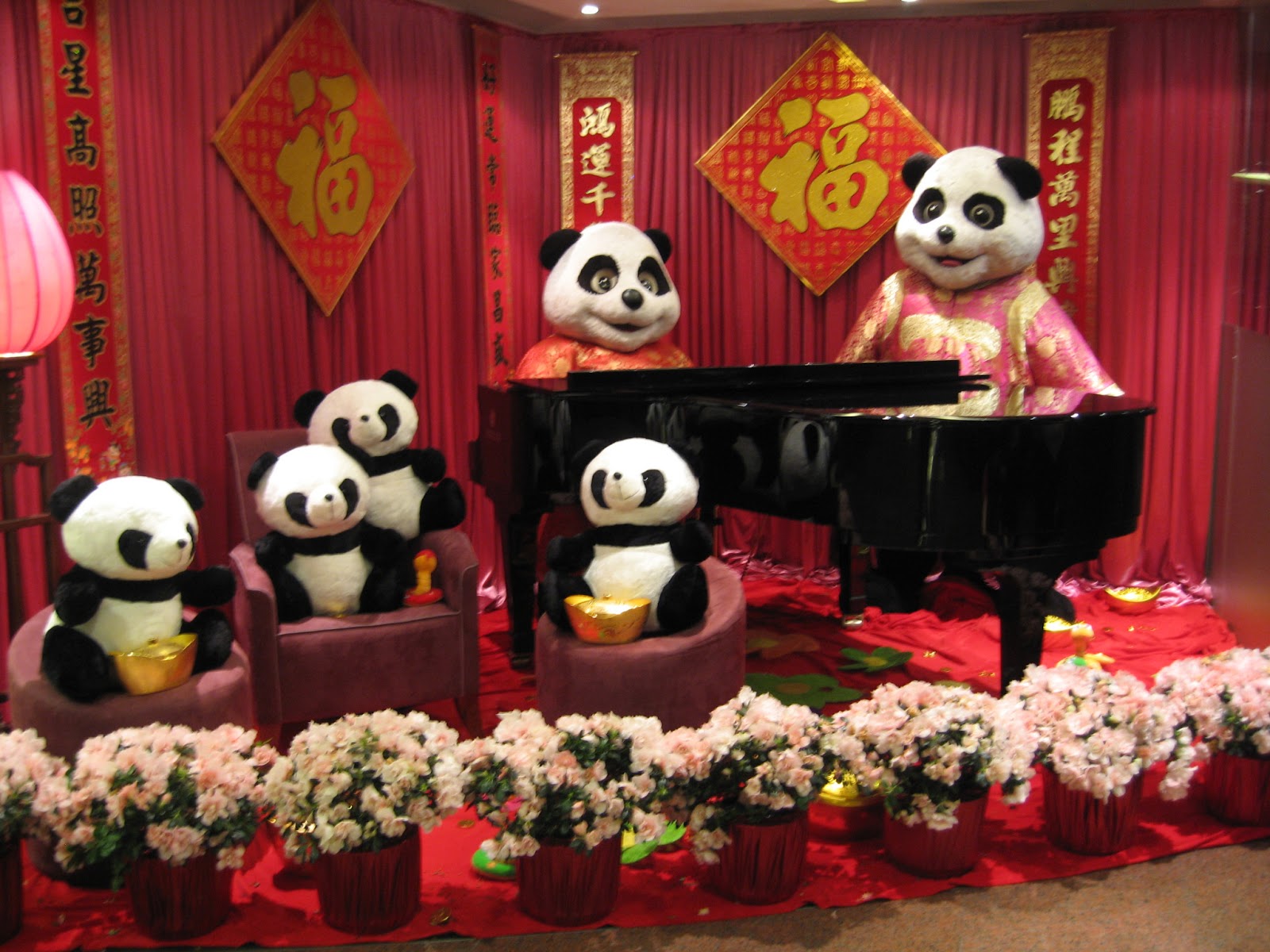 Chinese New Year decorations in the lobby of the Panda hotel