This morning we were given a very brief tour of Guangzhou's Yue Xiu Park, just a very small part of the garden where the five-goat statue is situated. 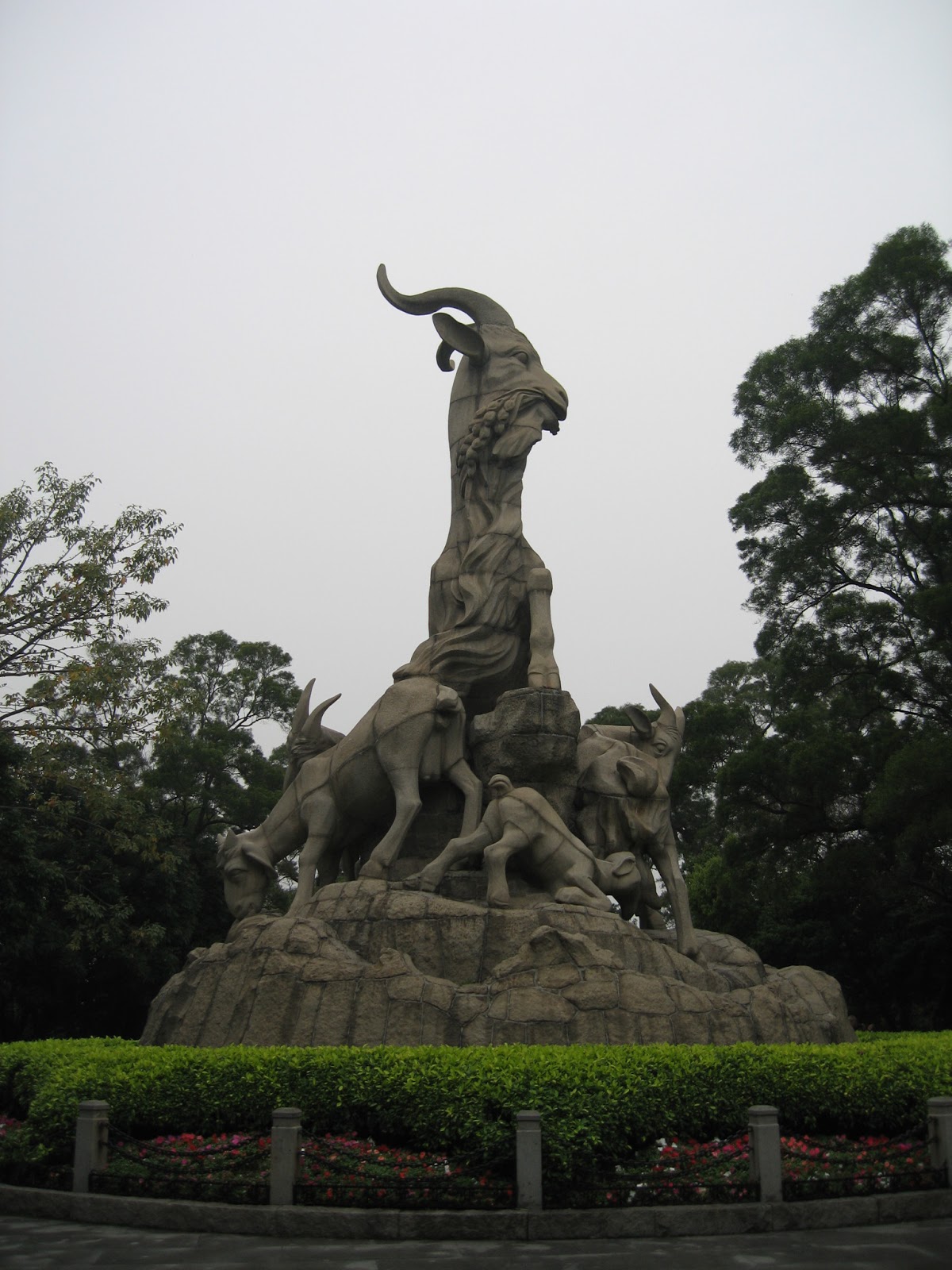 From there, the coach took us to Panyu. The first stop was at Yu Yin Garden to see the restored mansion of a high official who lived during the Manchu dynasty. 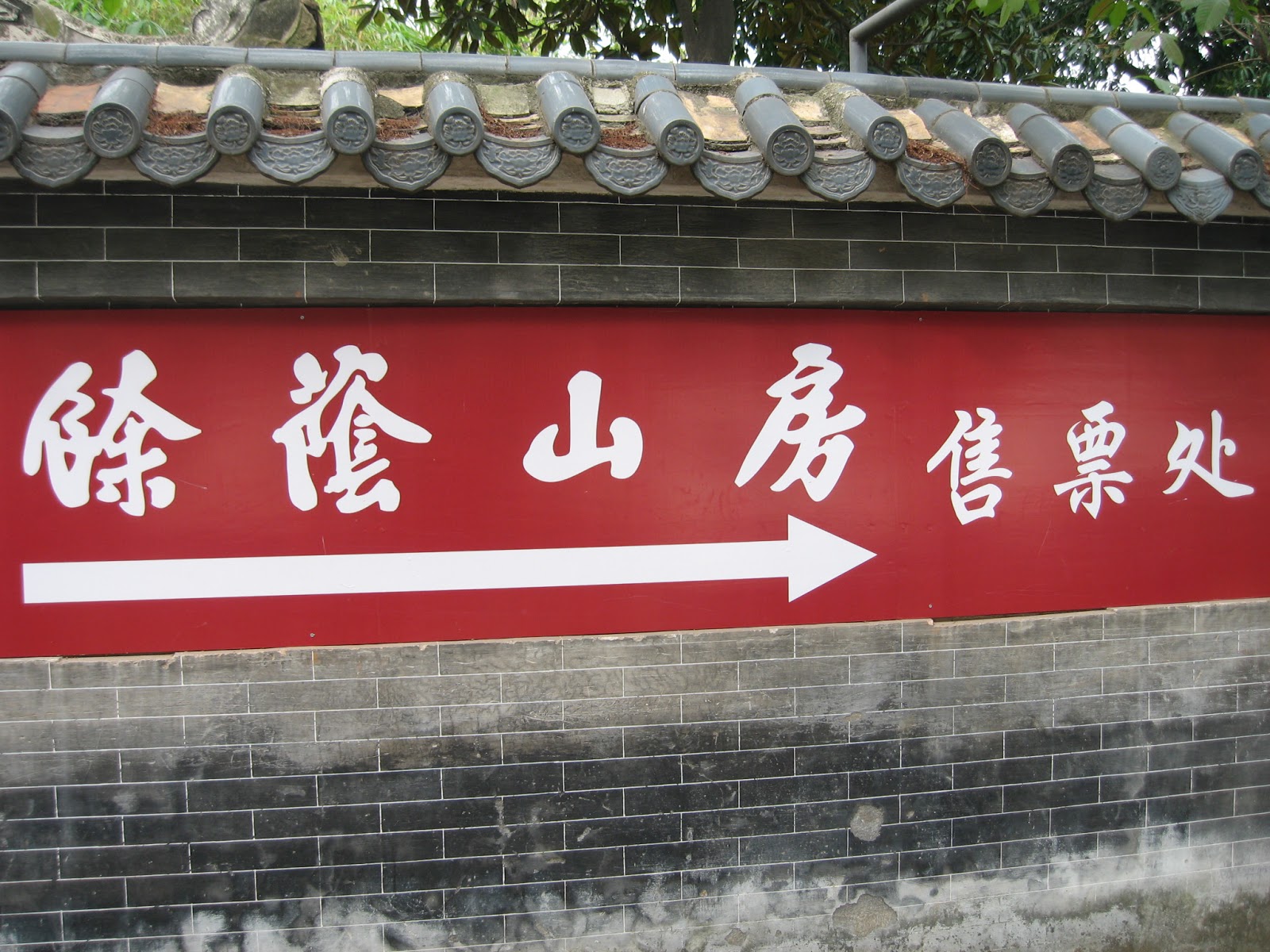 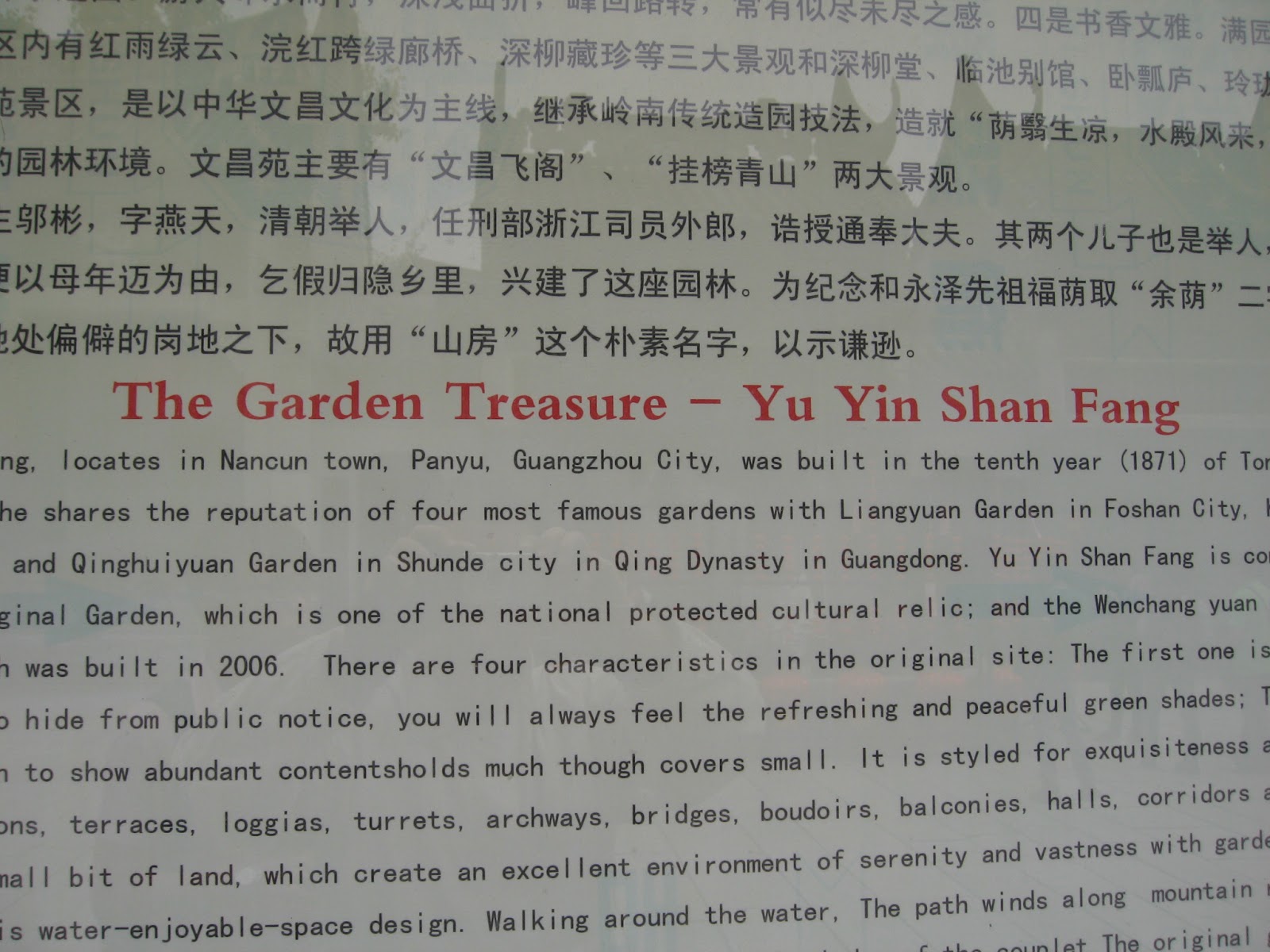 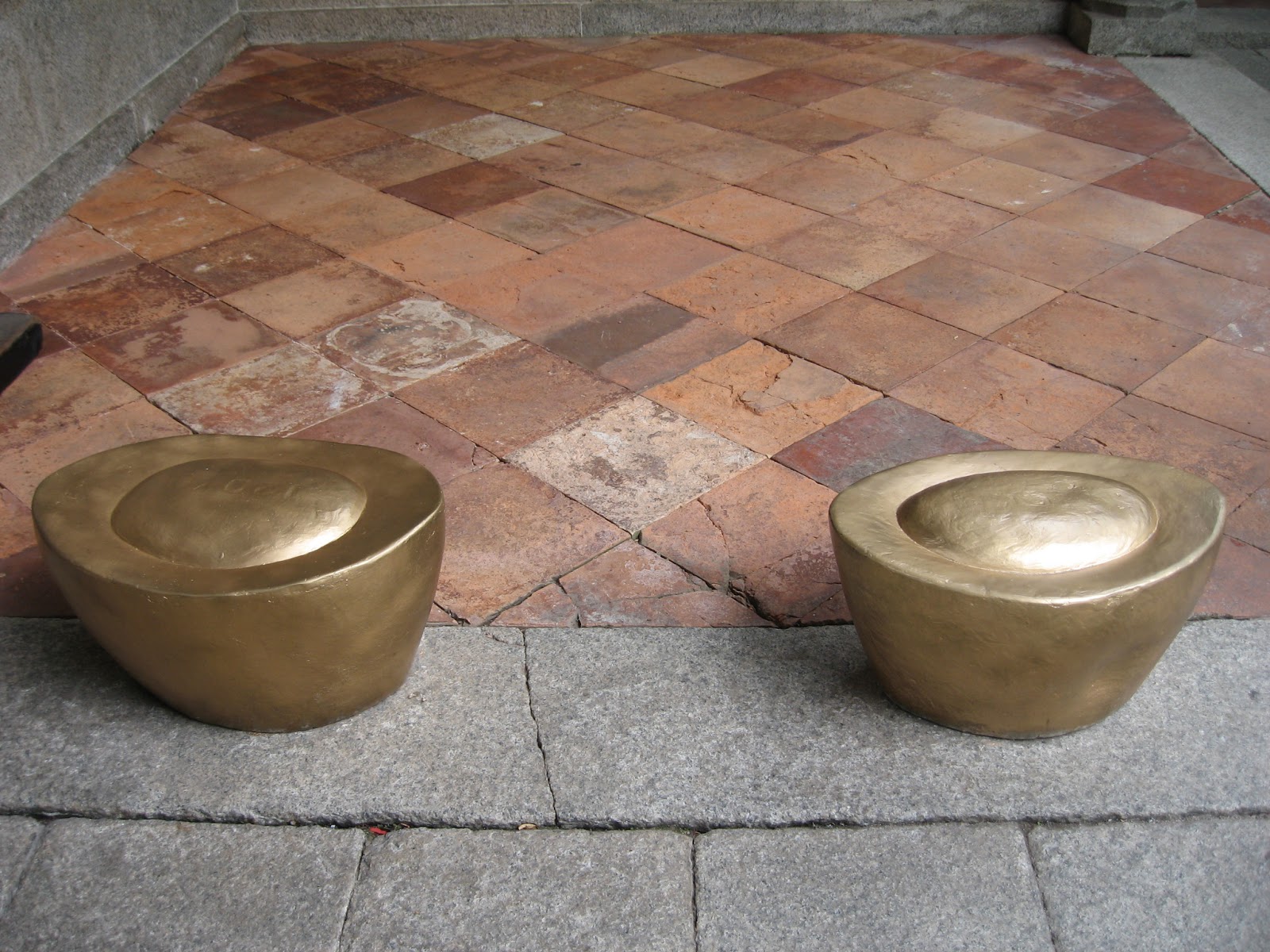 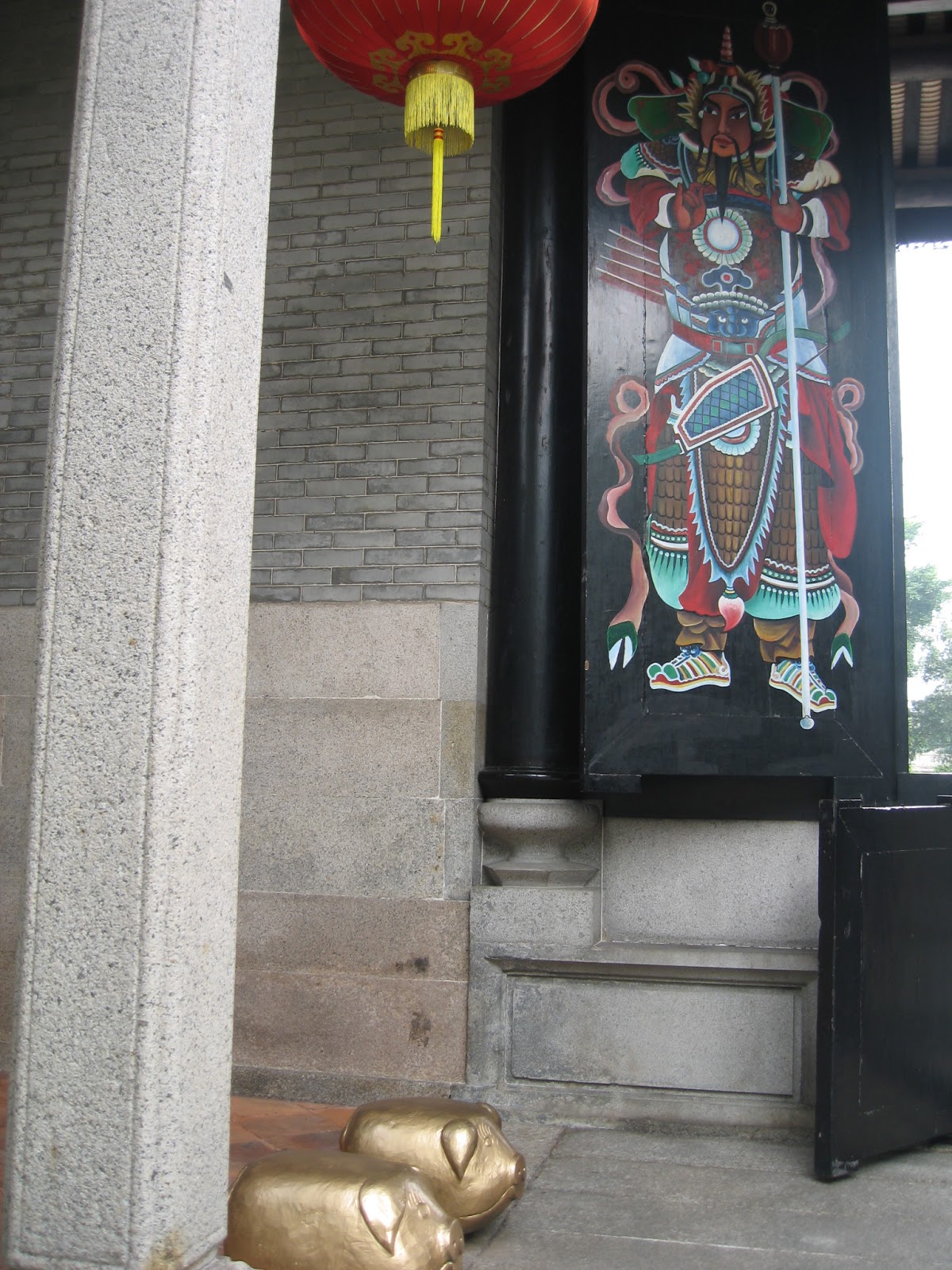 The massive door from the roof top to the floor. The door is divided into two sections.
The top section was opened only during festivals or to receive VIPs.
The bottom section is opened for daily use and one has to stoop in order to enter from the bottom section. This way one is forced to bow to the ancestral alter which was placed strategically in the hall at the opposite end of this massive door 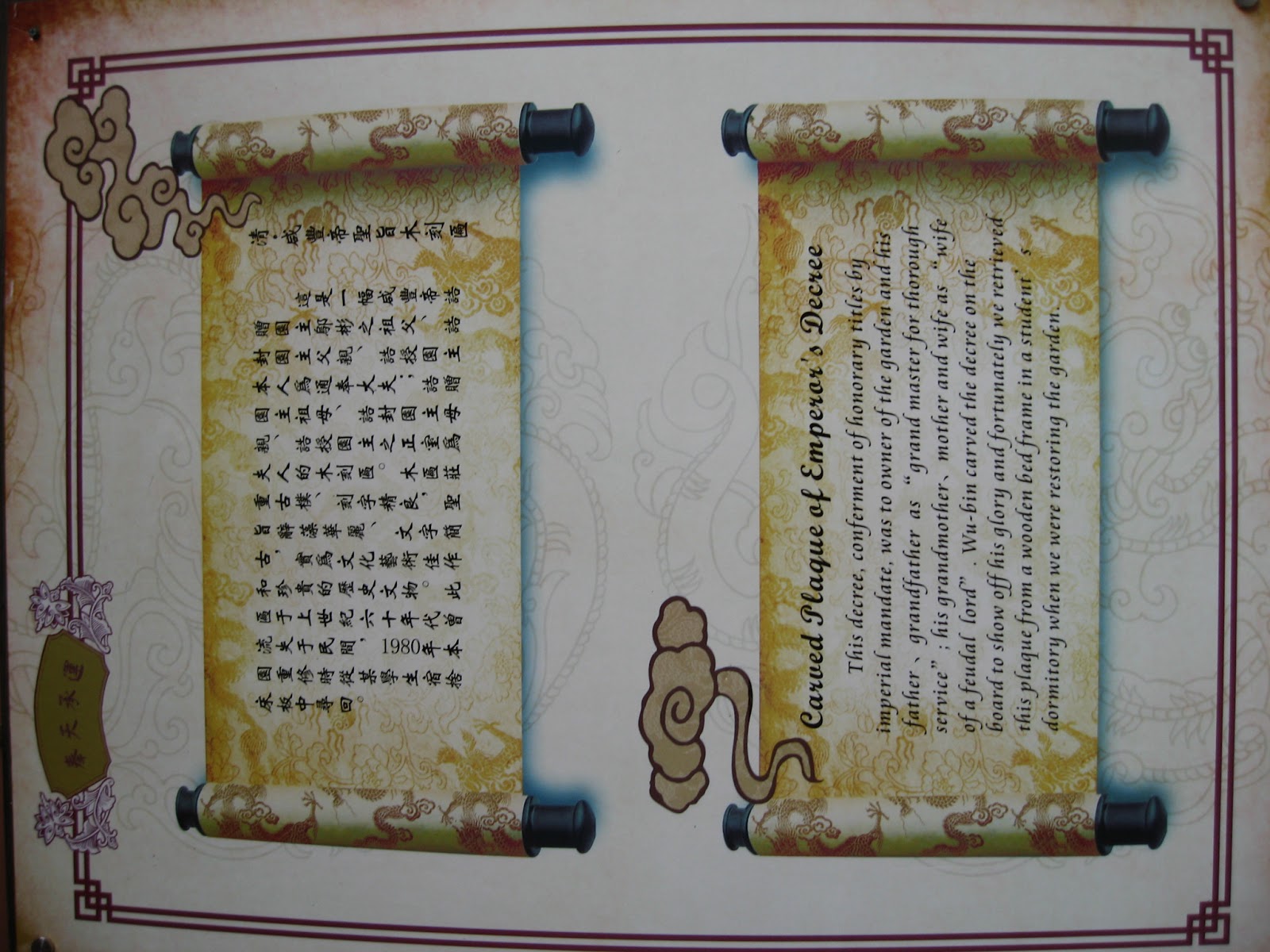 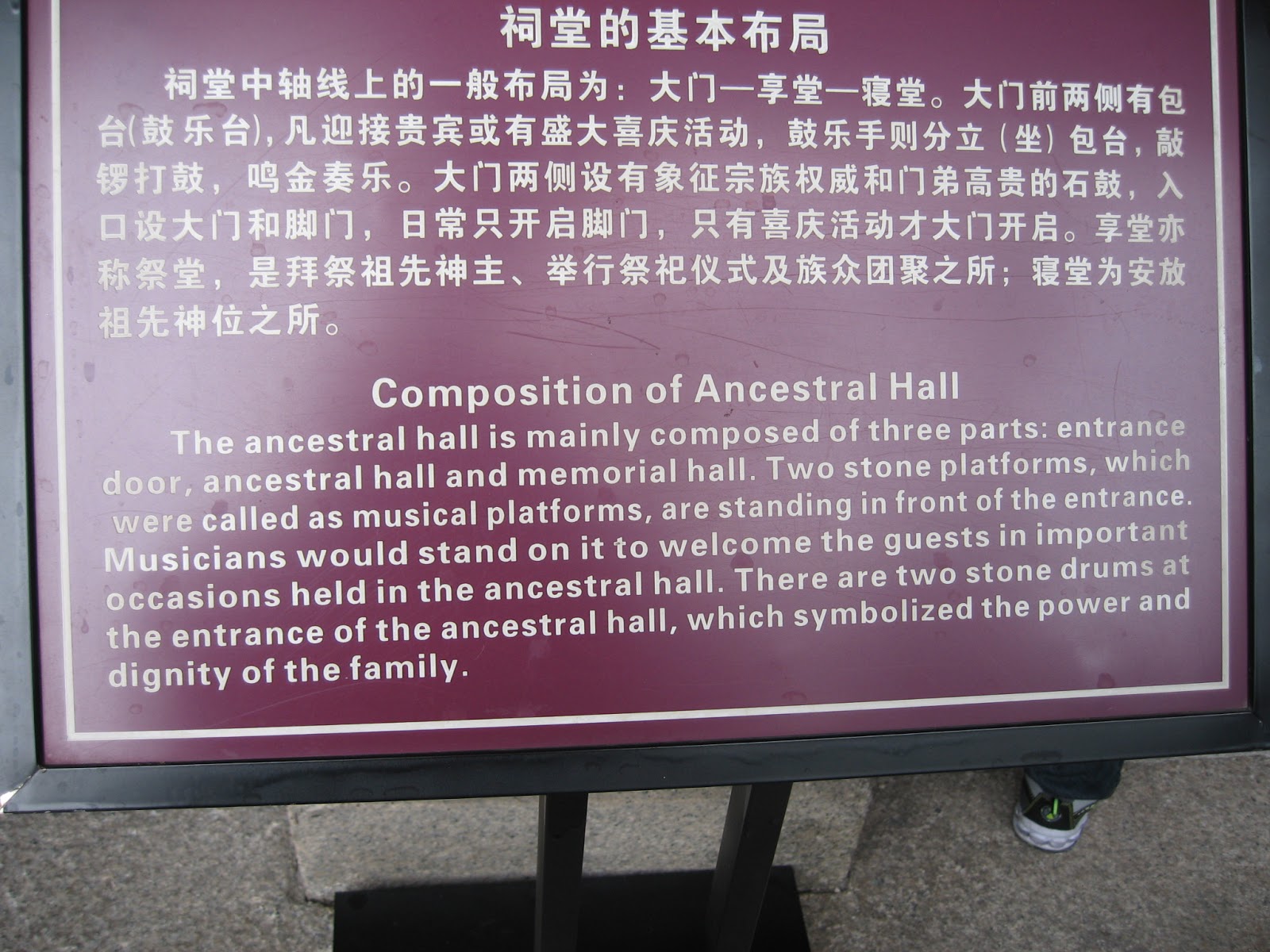 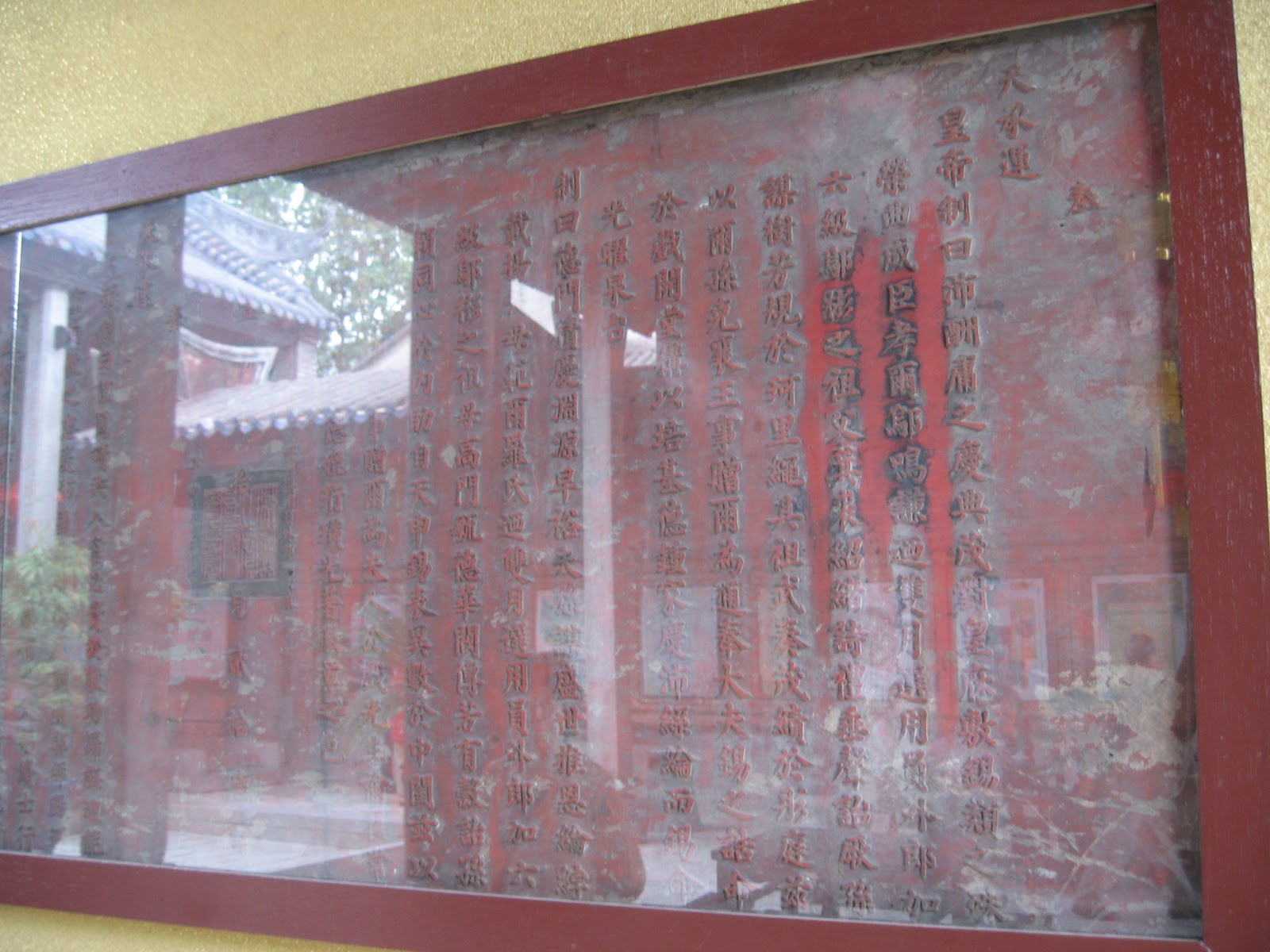 Half of the plaque 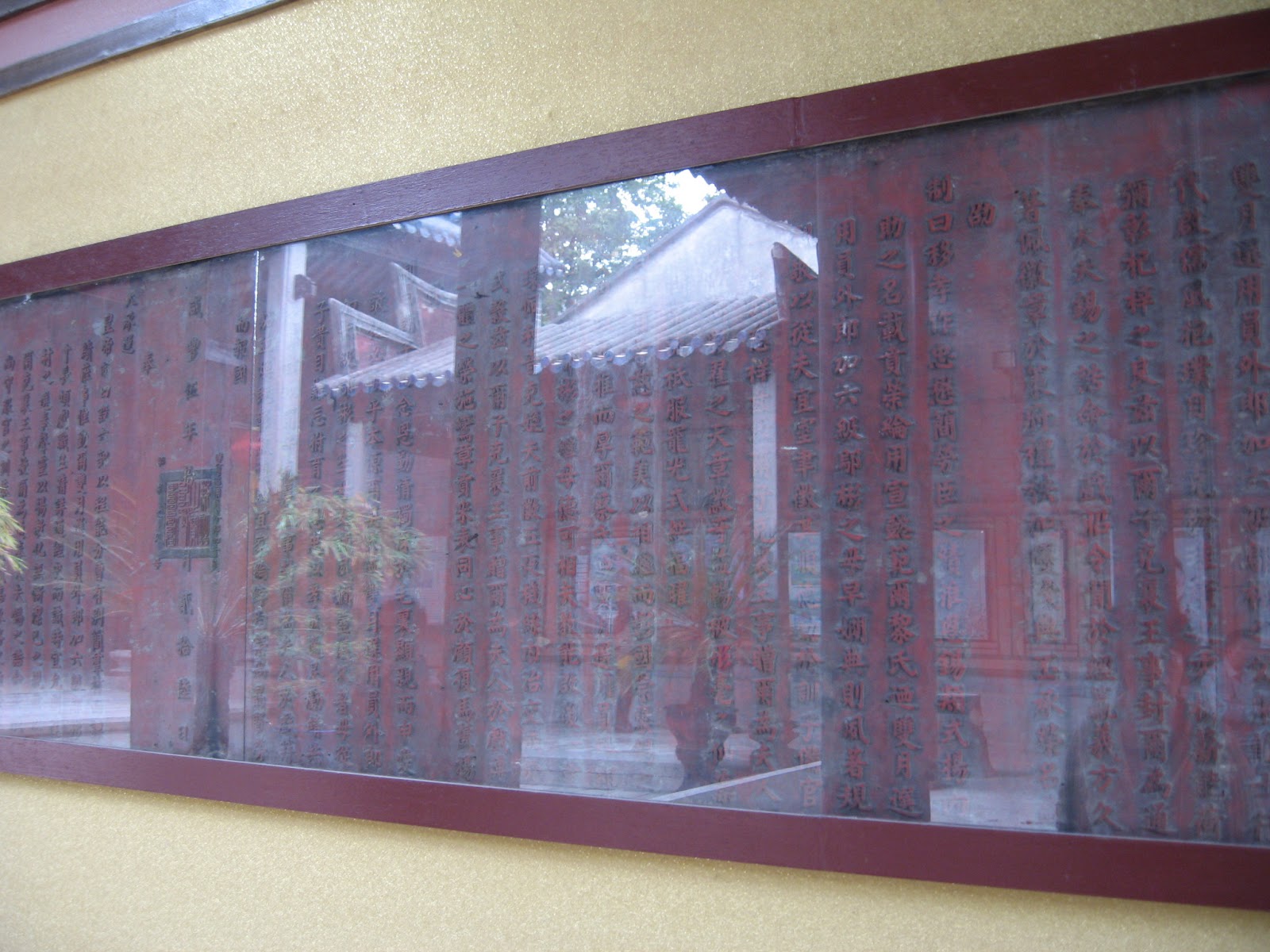 The other half of the plaque 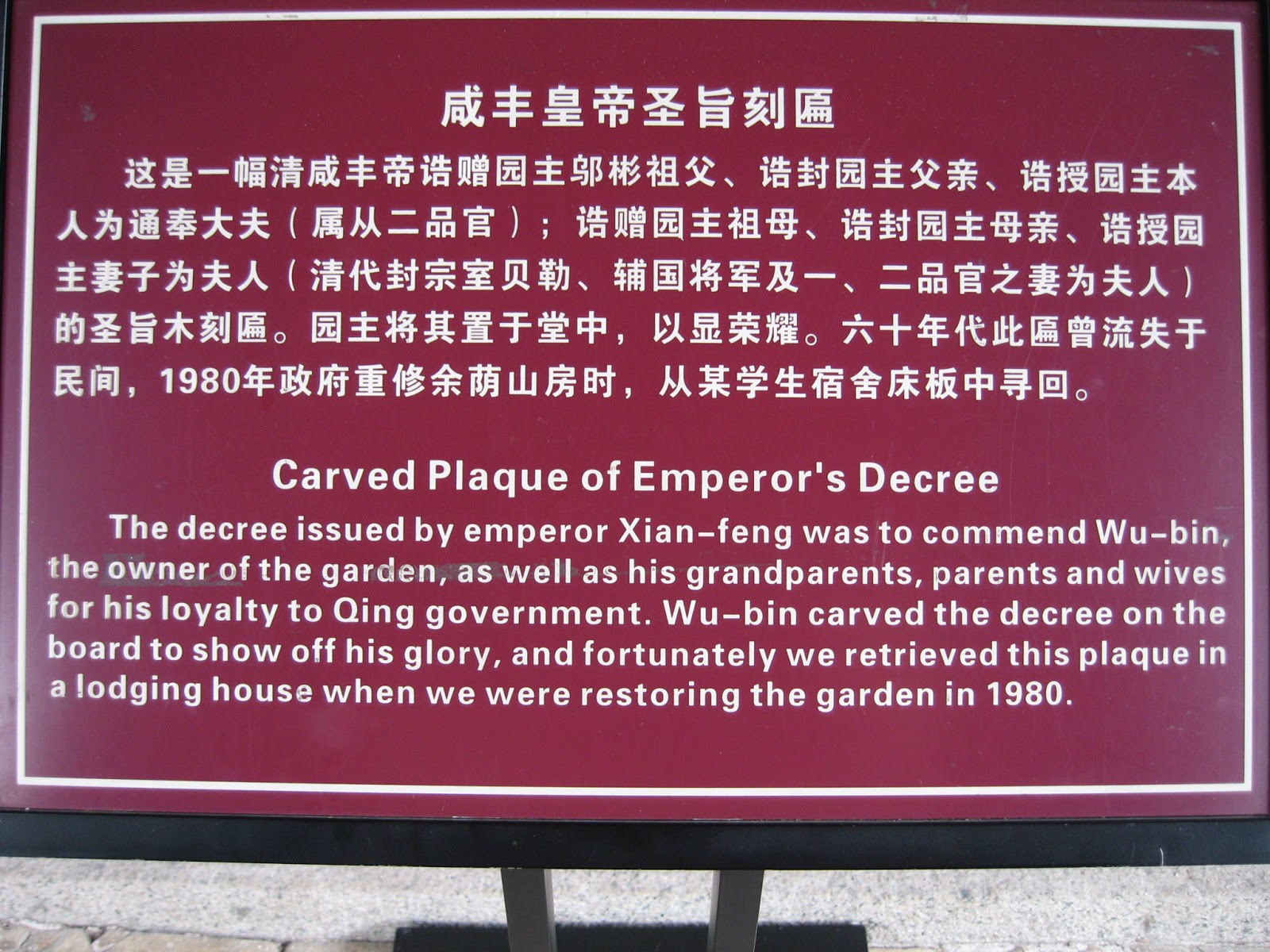 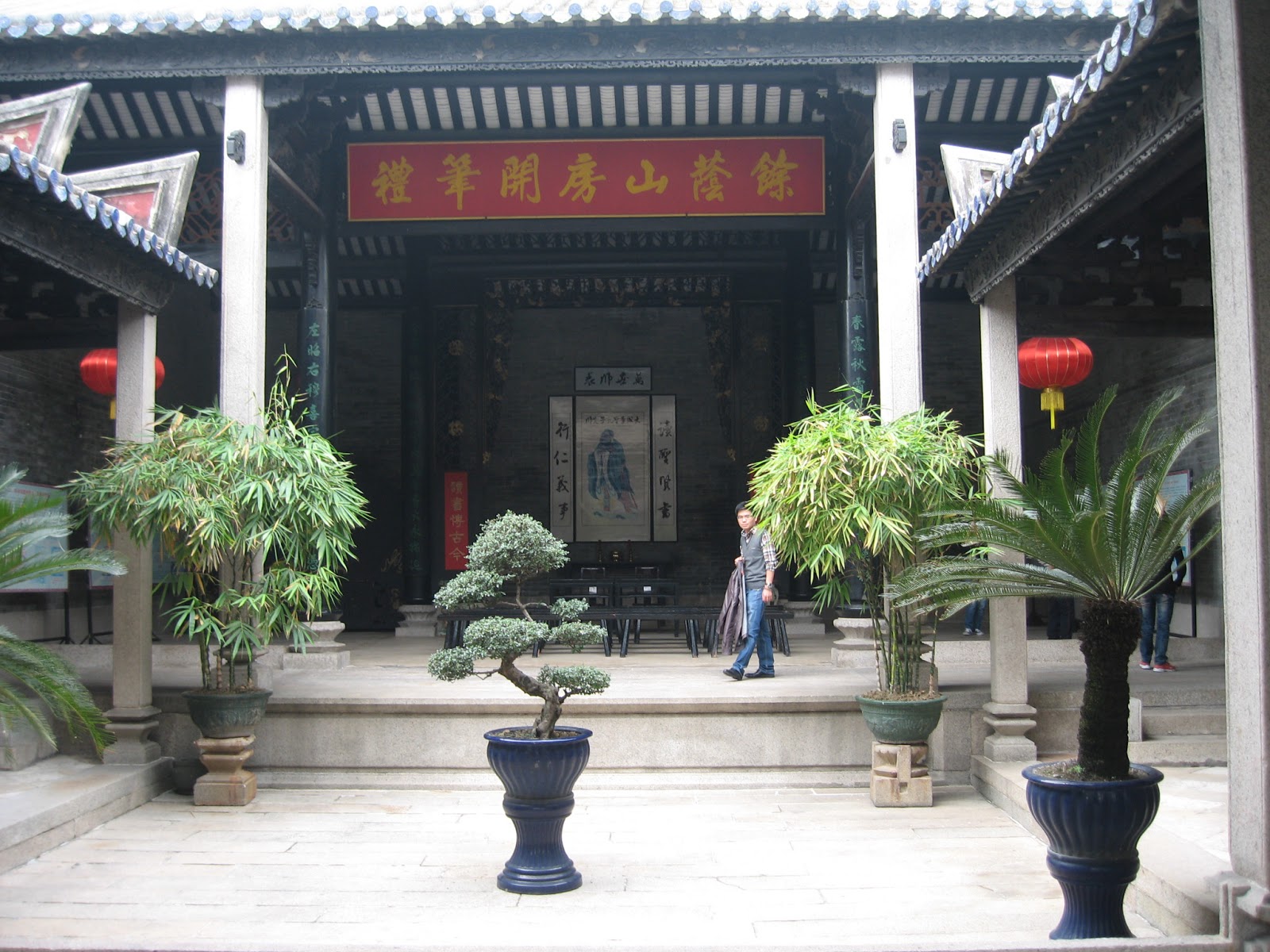 The courtyard of the mansion 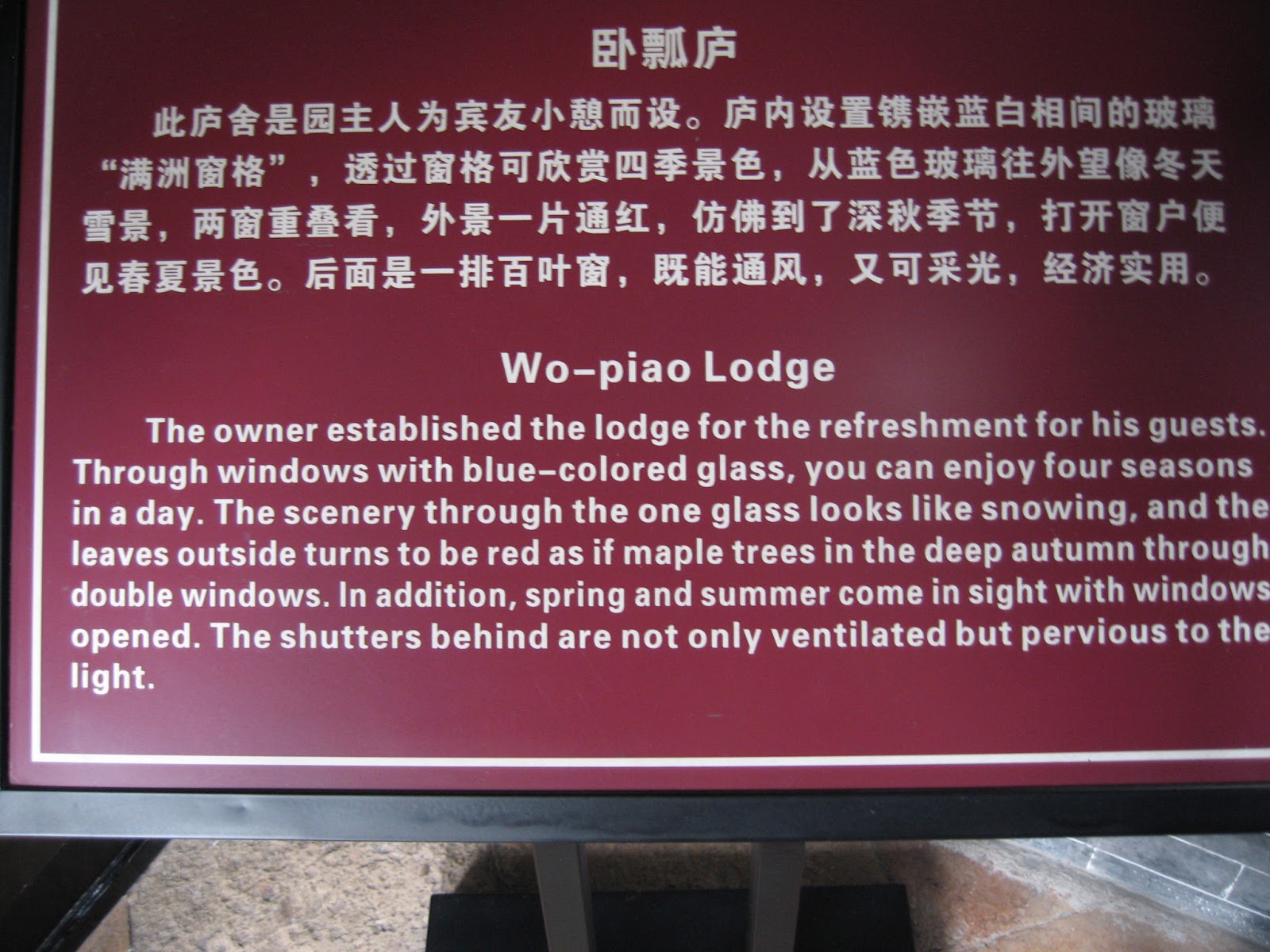 This is about the frosted glass windows mentioned below 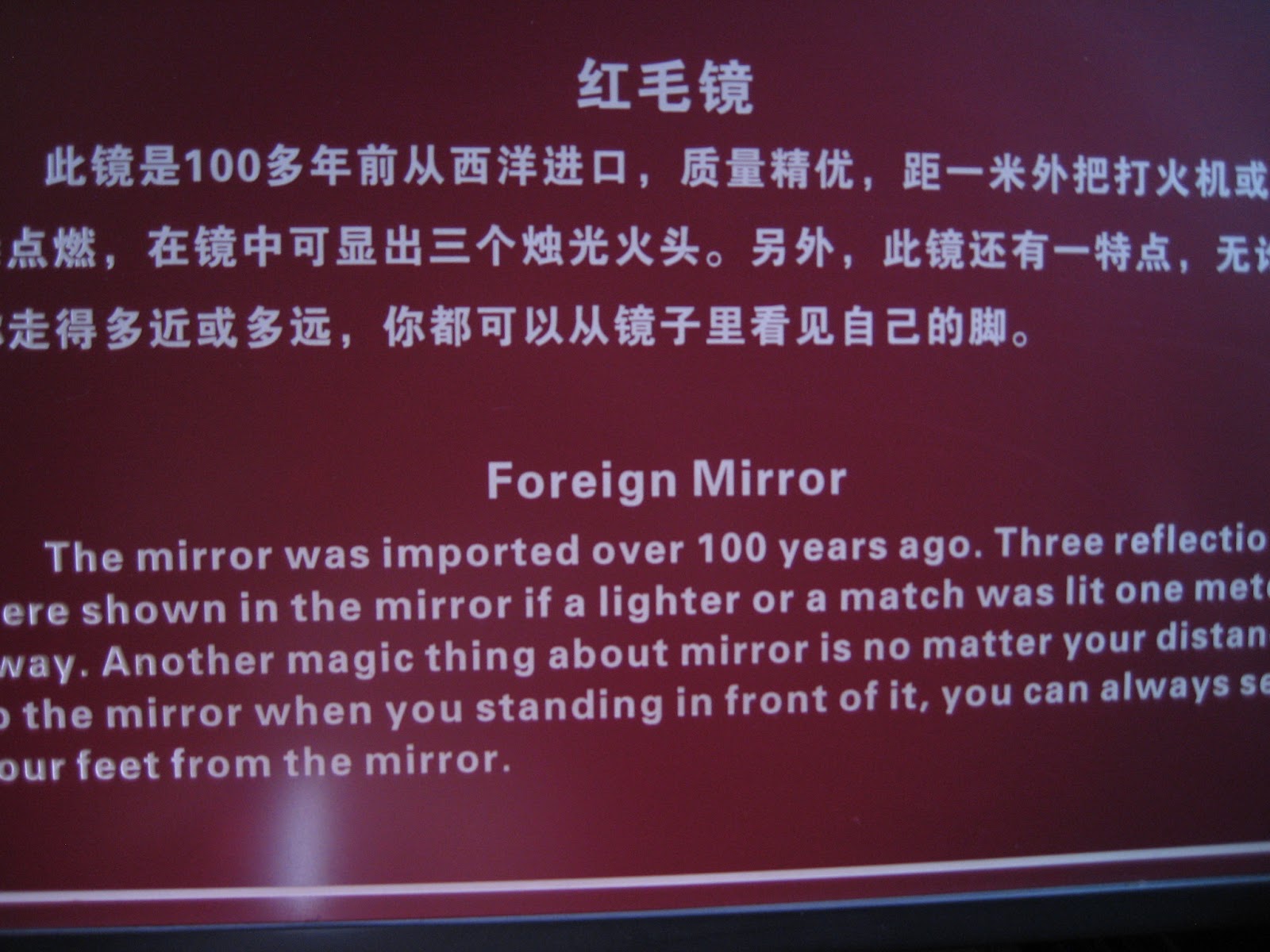 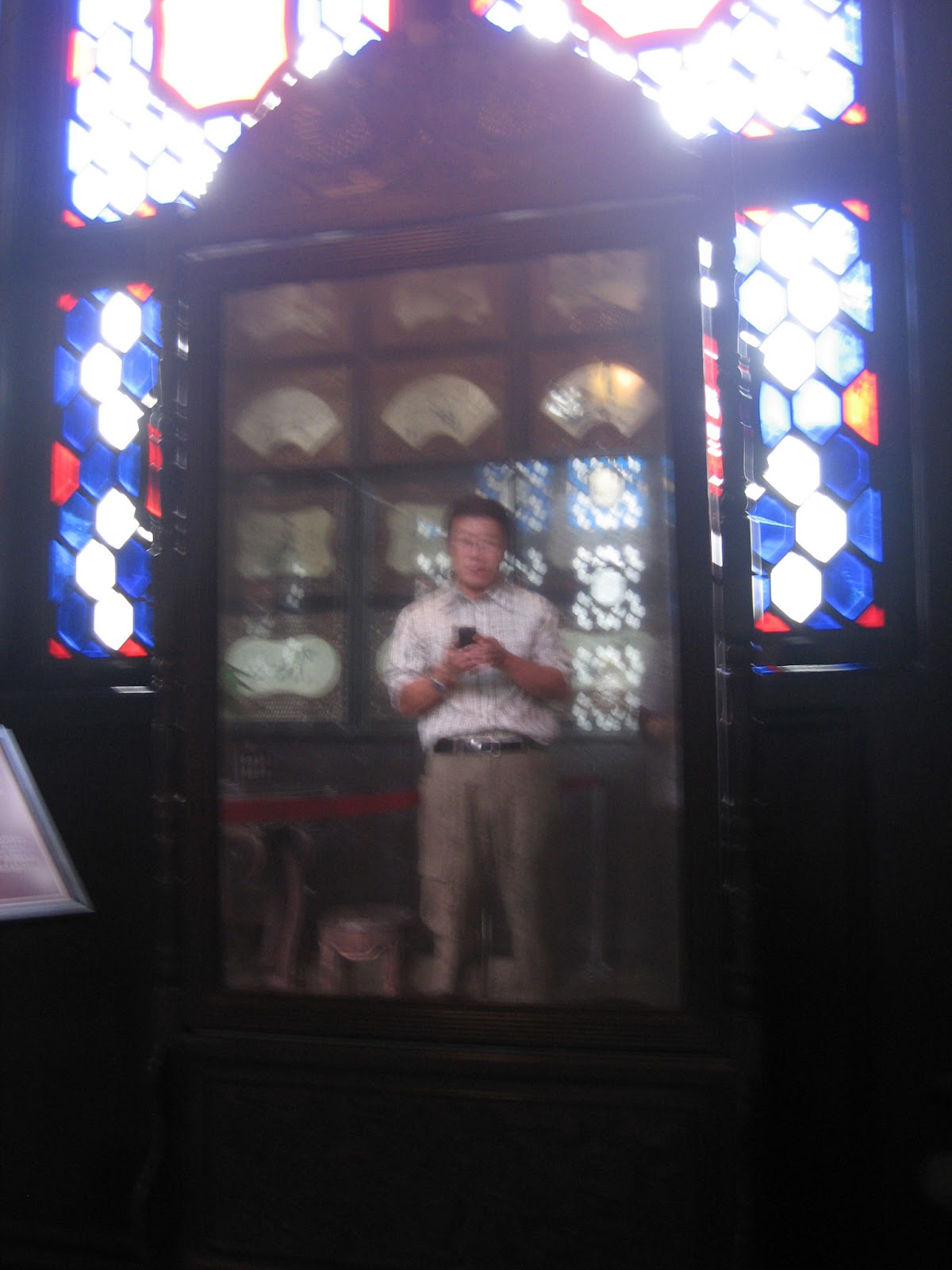 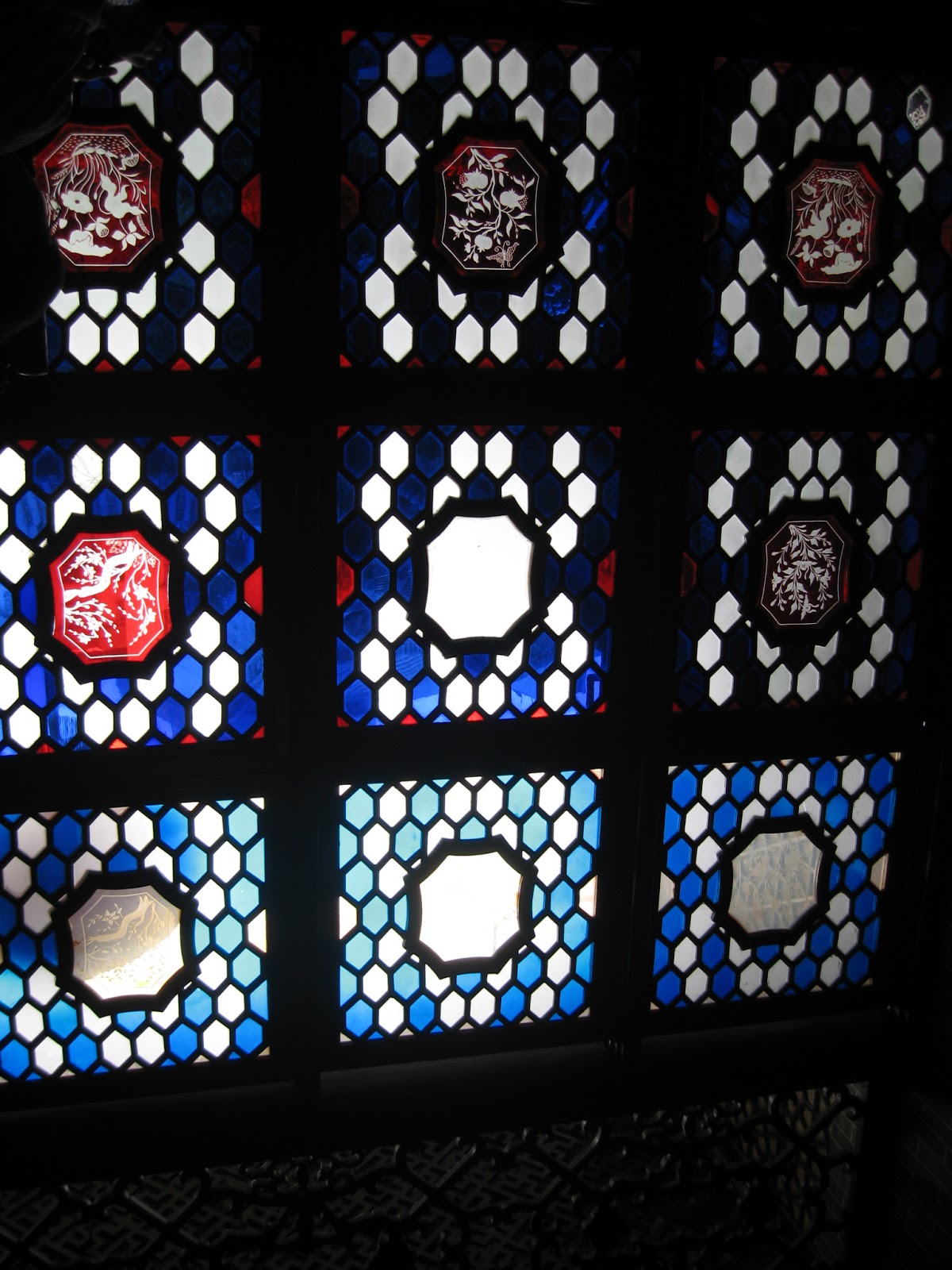 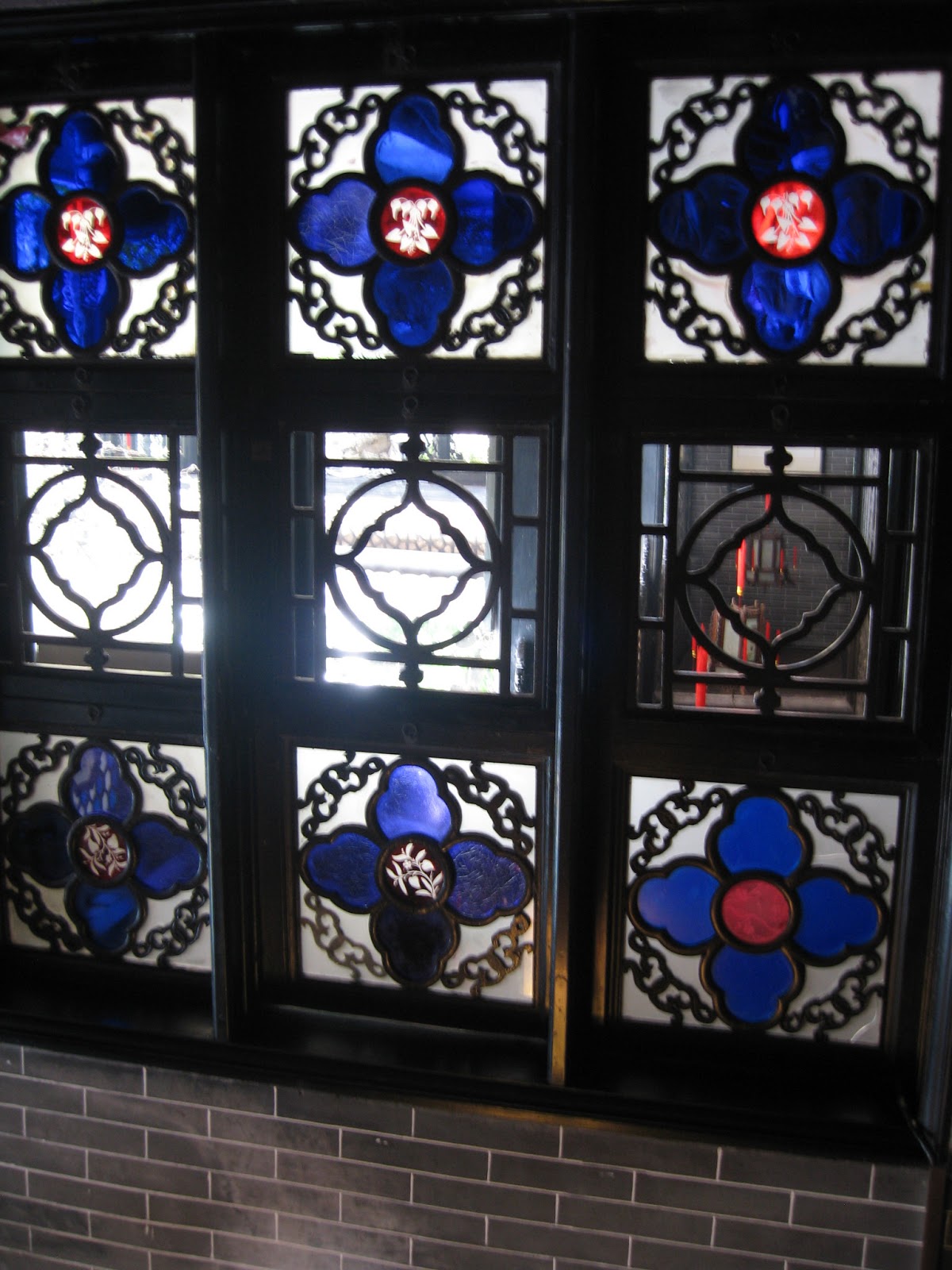 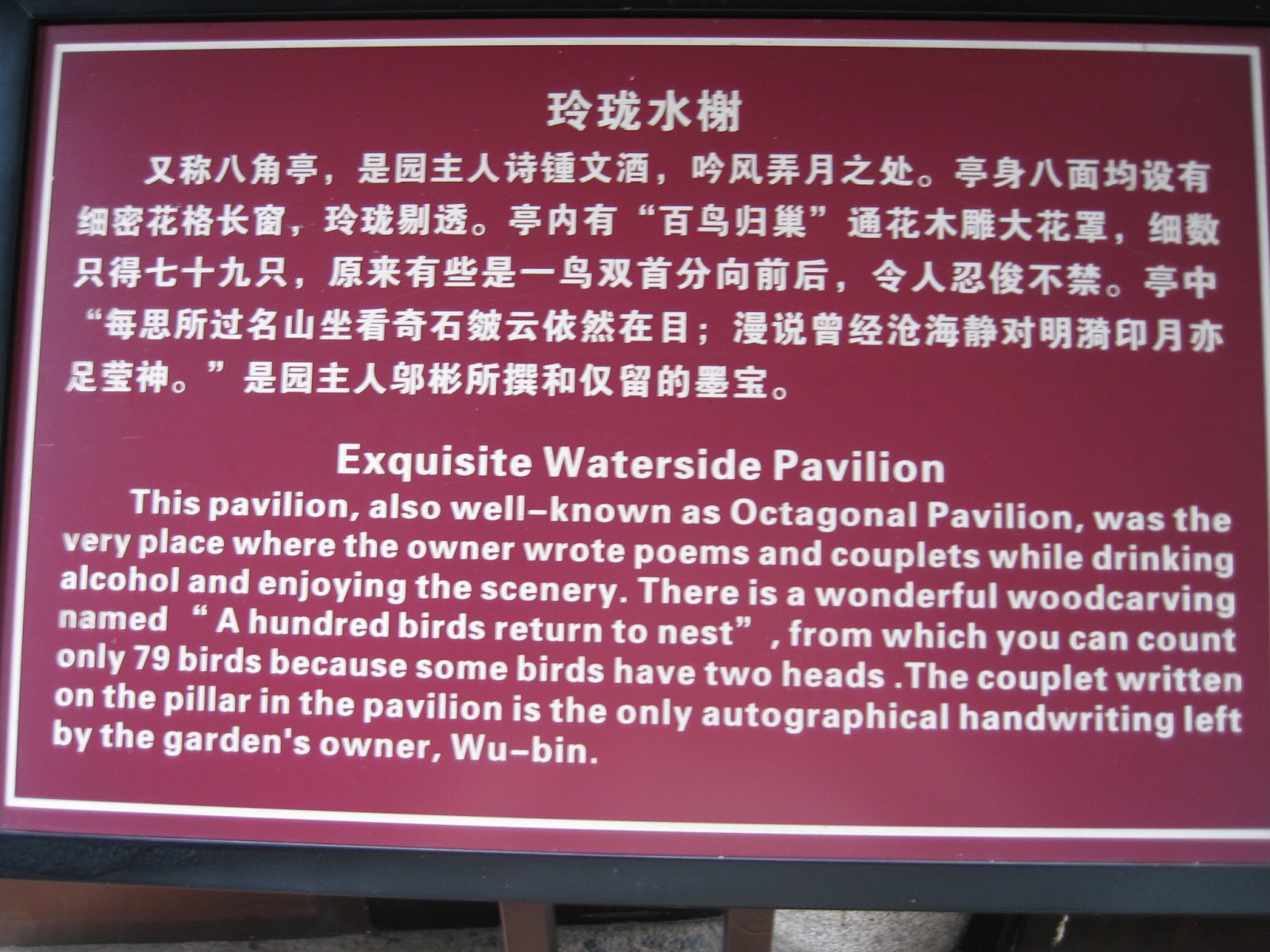 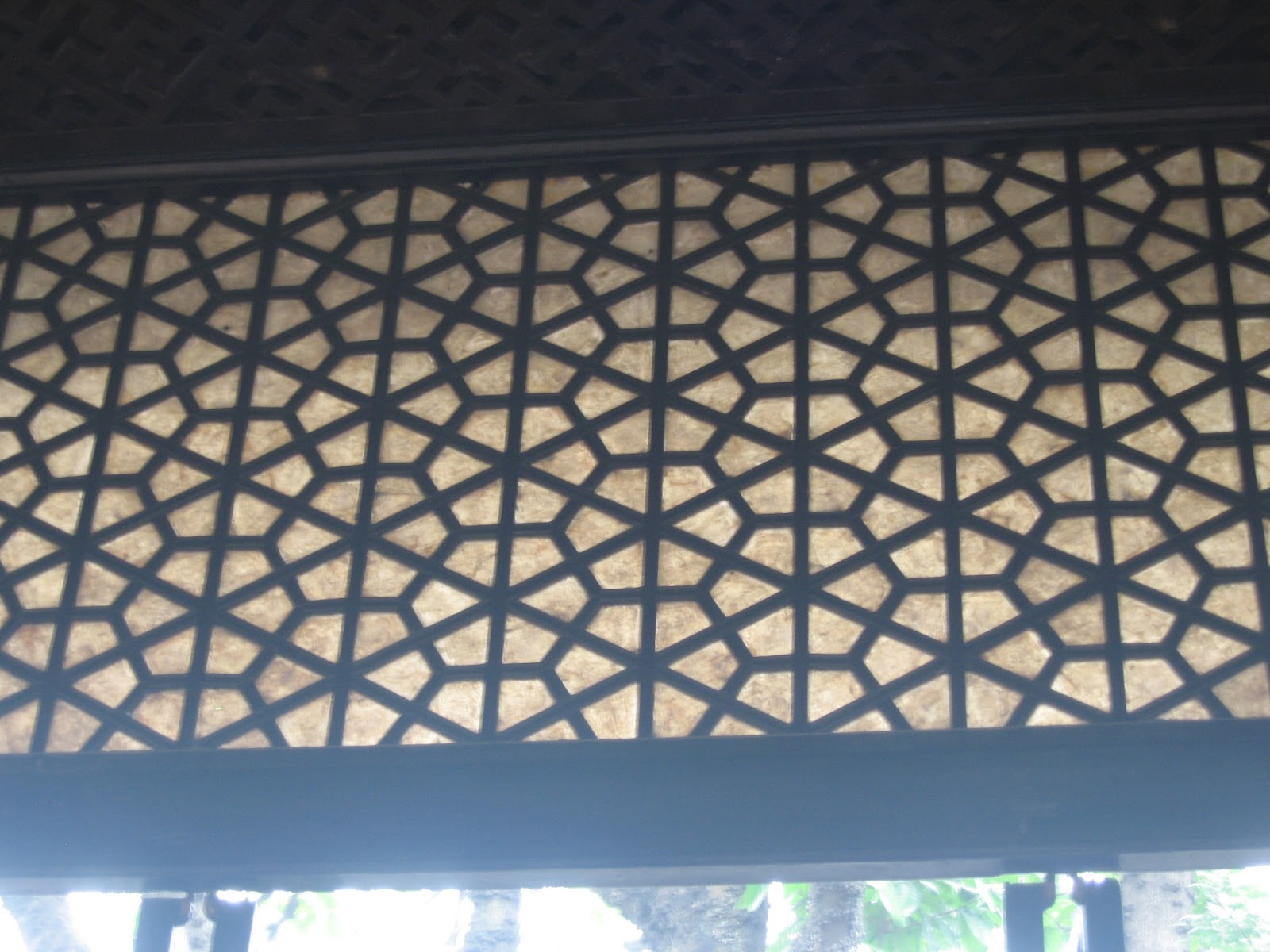 This screen is made from the shell of clams 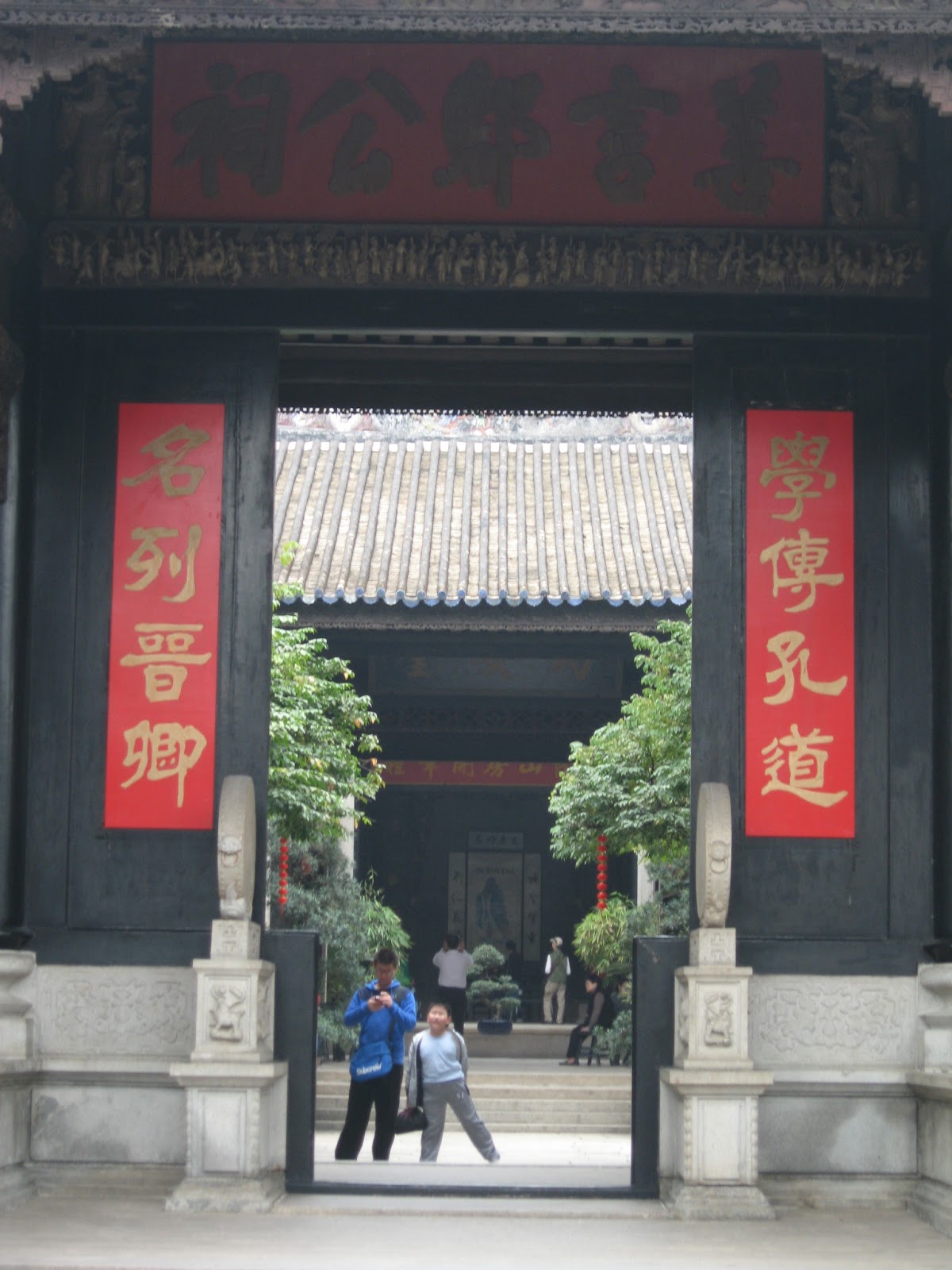 The entrance to the high official's mansion