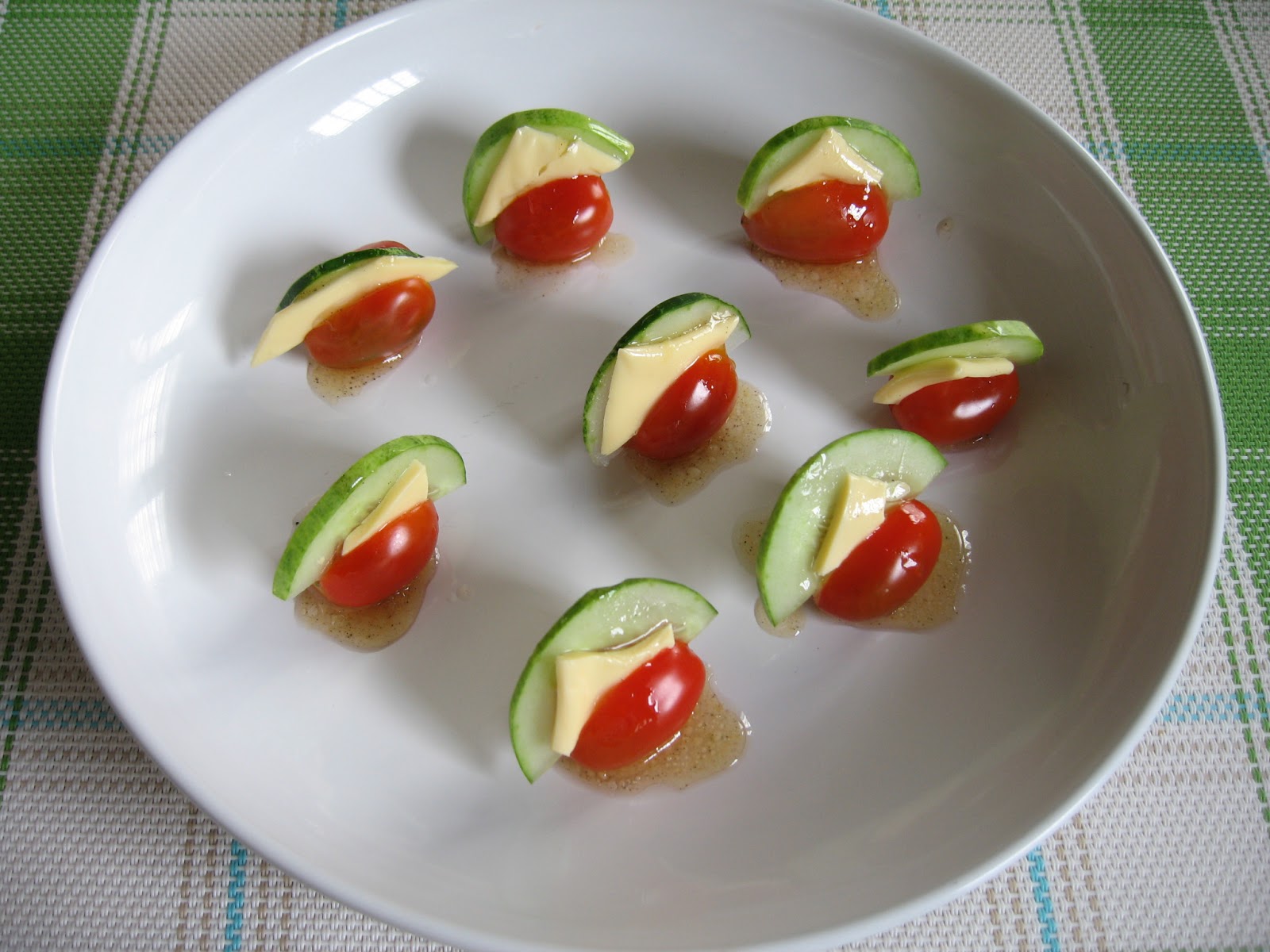 
These pretty little morsels were assembled by my teenaged son, YS. I was surprised when YS walked into the kitchen and announced that he wanted to help by cutting some vegetables. One thing led to another and he ended up cutting and assembling this salad. I would say his fingers are more nimble than mine which are comparatively stiffer due to ageing. Top marks to YS as I sincerely think he has done a good job for someone who has never lifted a finger to help in the kitchen!

YS gave his thumbs up to this salad ! 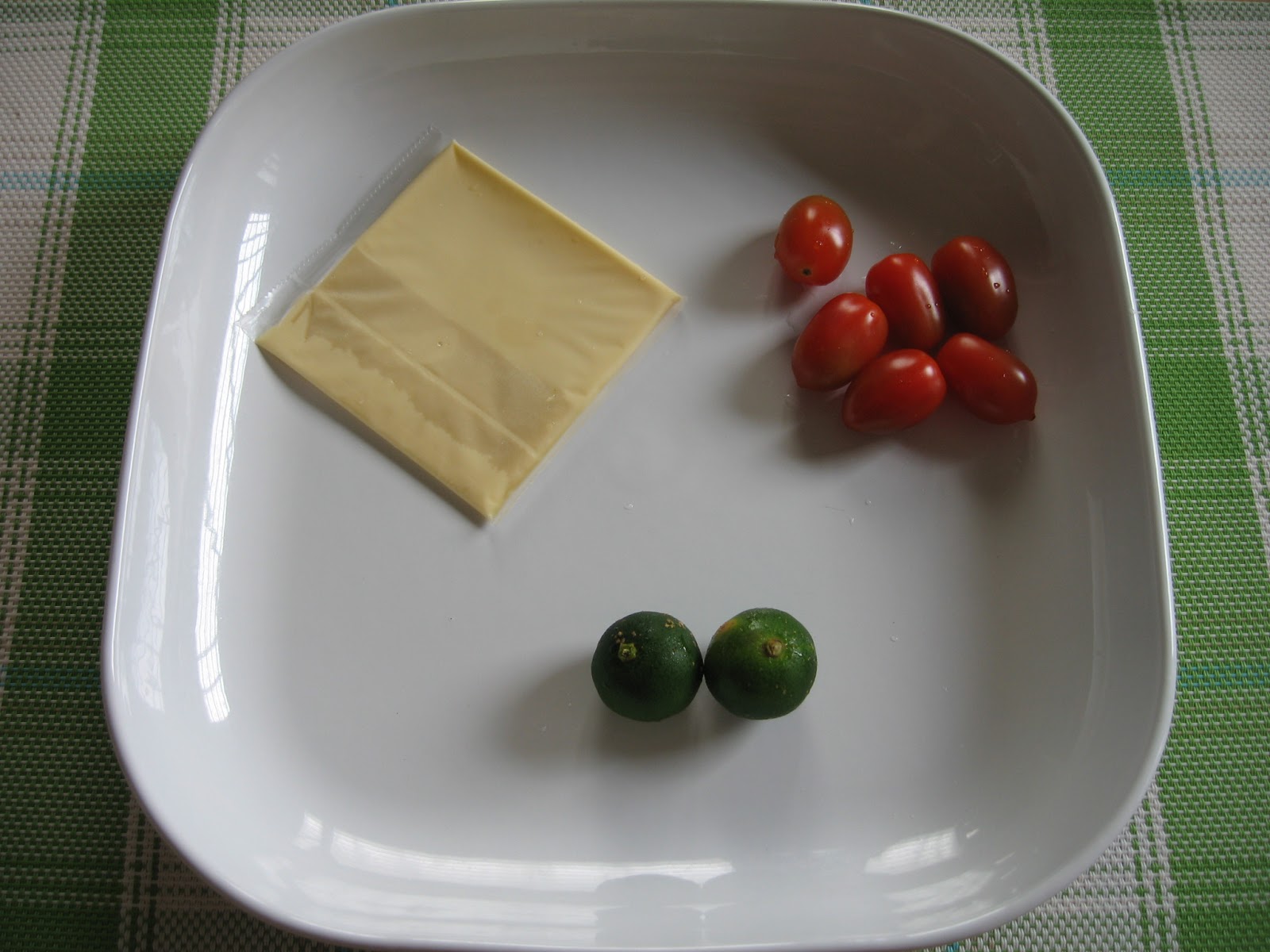 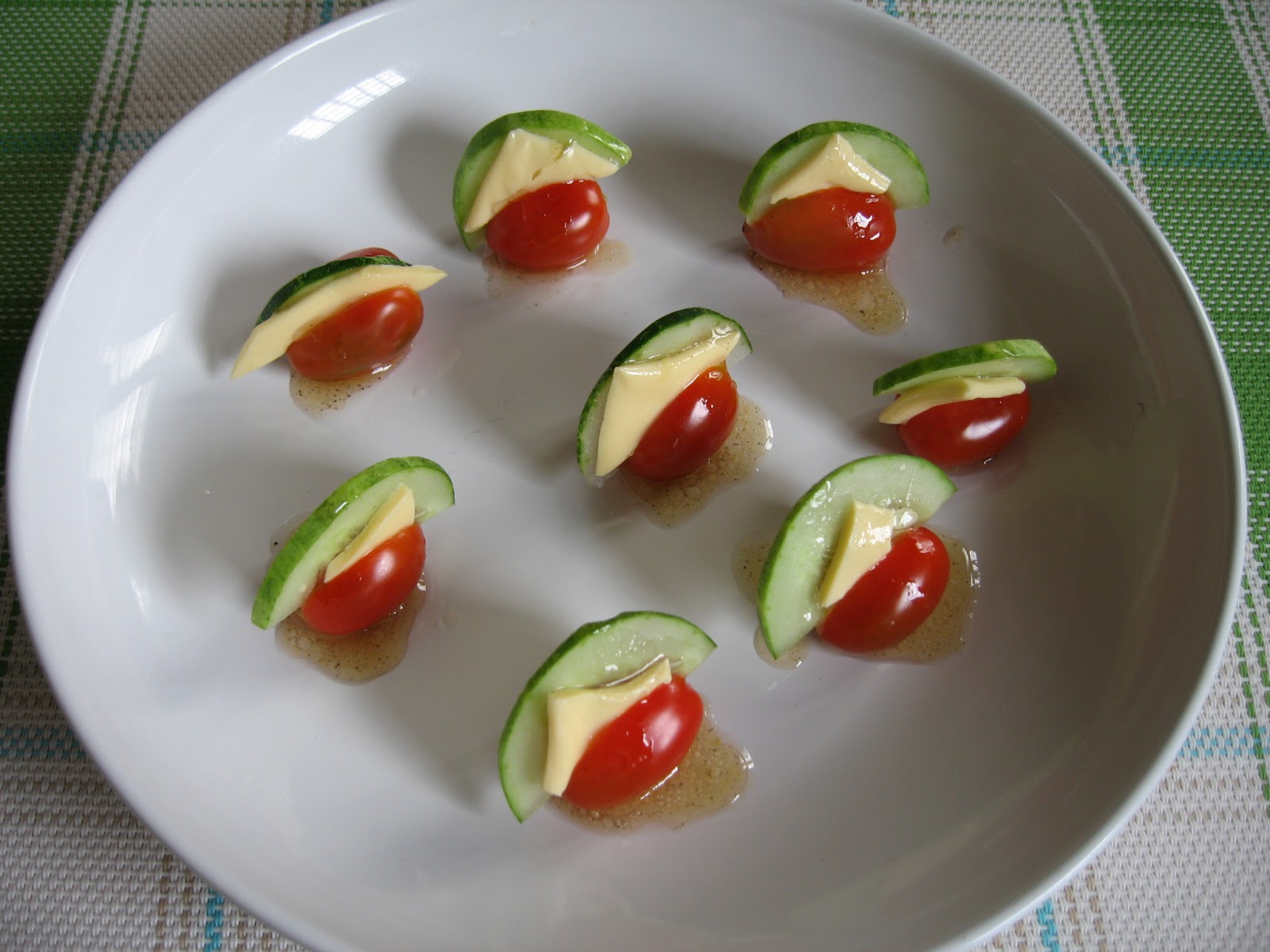 I am submitting his post to Mui Mui of My Little Favourite DIY
who is hosting the event for March 2013 under Little Thumbs Up.

The theme for March is "tomato"