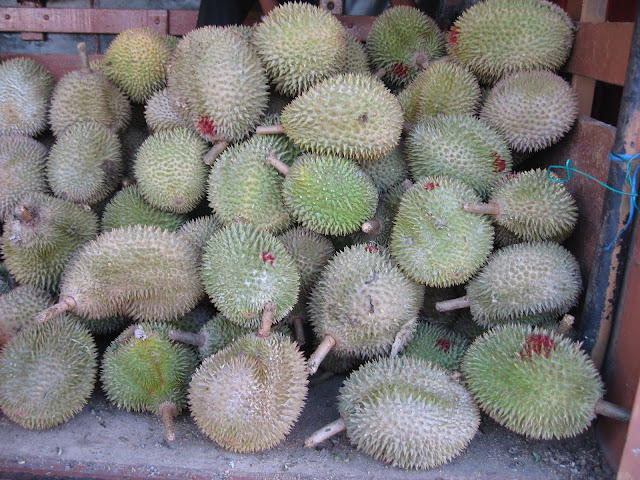 This picture of a lorry load of bud grafted durians was taken in the Kepong Baru morning market, in Kuala Lumpur which is the biggest for miles around and is usually jam-packed from morning till noon. The durian orchard owner is from the state of Pahang, with its highlands is the most suitable place for durian growing.

There is no bumper harvest this year thus pushing up prices for the various varieties of bud grafted durians. As shown in the price listed on a piece of cardboard. The best variety is known as the Musang King (or 猫山王）grade 'A' at RM18 per kg.  Followed by RM12 per kg for the normal Musang King. Then you have the ubiquitous D24 variety at RM6 per kg. The D24 X.O. variety is being retailed at RM7 per kg. The D88 type is being sold at RM8 per kg. And there are other variations whose names I can't make out being offered at various prices.

It is widely believed that durians and hard liquor don't mix. That is, you don't consume one and follow by the other immediately. The result could be fatal. 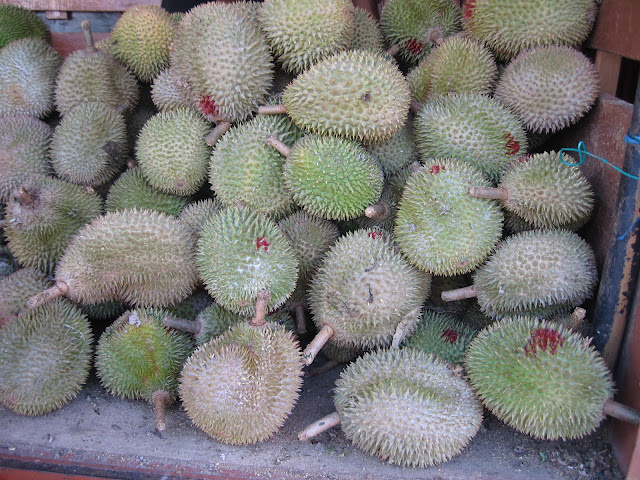 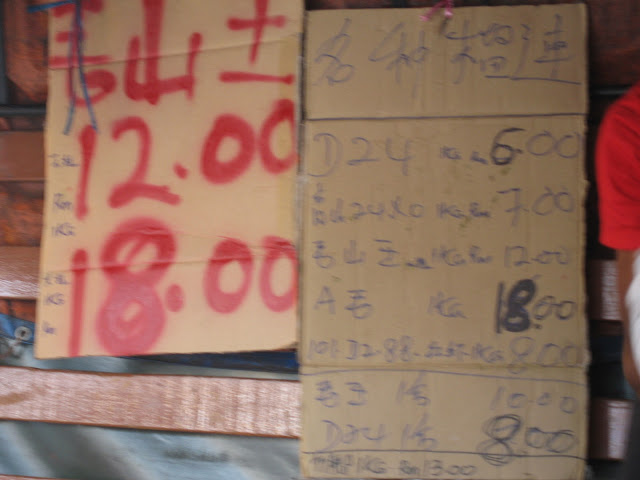 The price list for the day and I was told the price of the Musang King is going up by RM2 the next day and the next until the season is over. 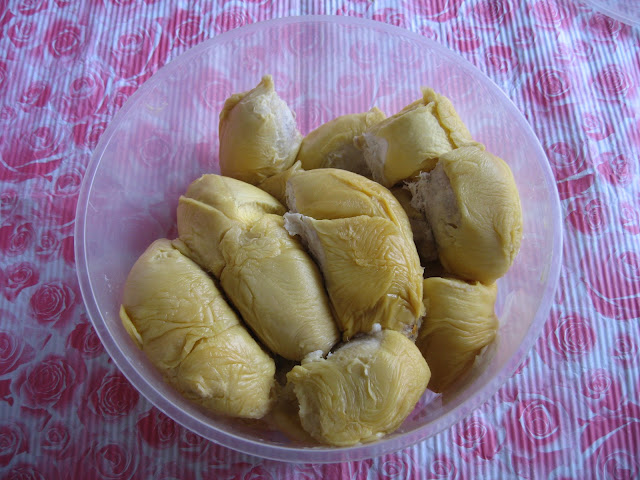 The durian seller's policy is to open up the durians and put them into Styrofoam containers and those that are unripe are discarded and replaced at no extra charge. 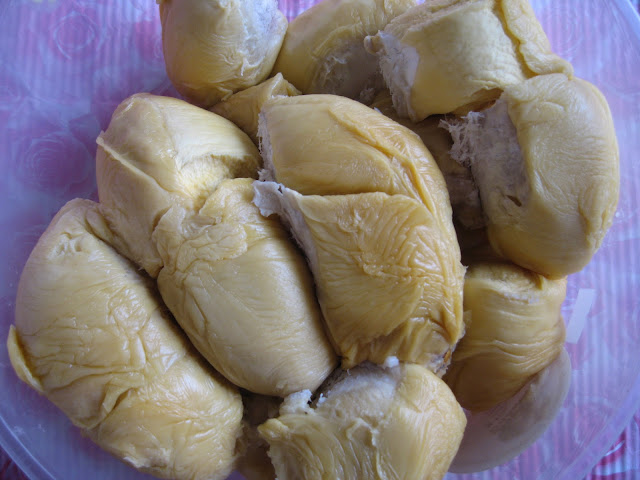