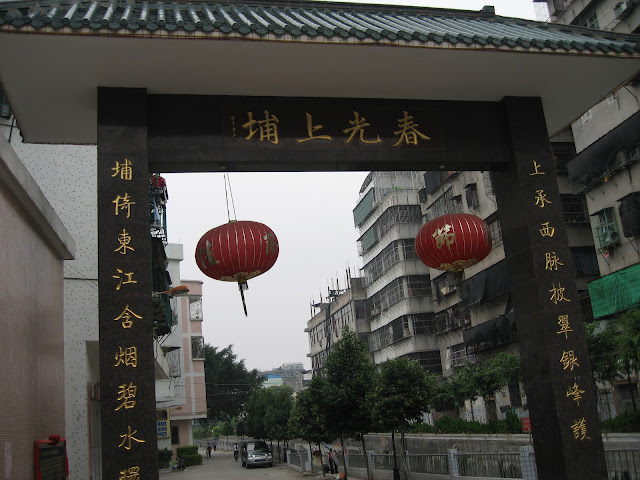 In April 2006 SK, his family members and I went back to Chaozhou. We put up with KS's cousin for the duration of the visit. It was the second time we went back to Chaozhou. Sk's cousin is the son of SK's third uncle on SK's side. In other words SK's father and SK's cousin's father are brothers. SK's cousin lives in Chaozhou city and he is a retired government servant. SK's cousin has three sons and two daughters and they are all married and living in the vicinity. This arch is just next to the building where SK's cousin lives. Chaozhou city is a medium-sized city and is not well-developed with few tall buildings. It is more of an administrative centre than a commercial one and life there moves in the slow lane. 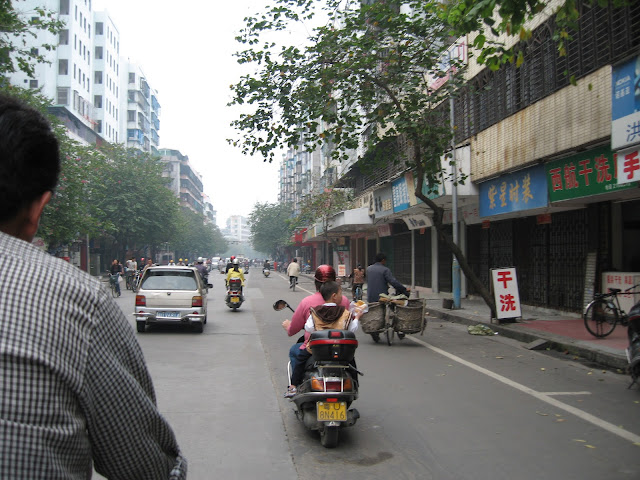 Traffic is light and chaotic most of the time. 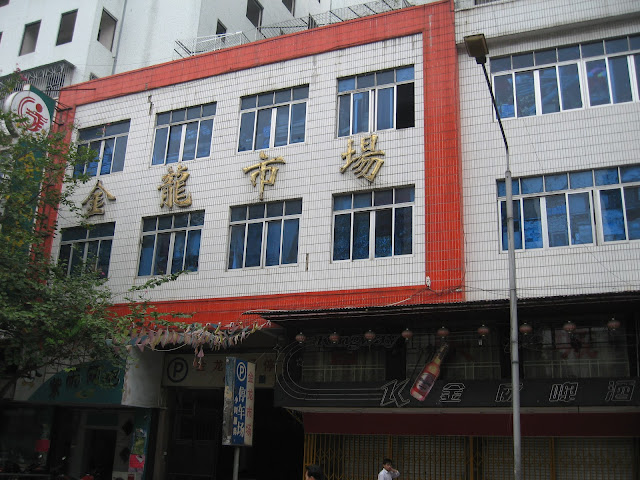 The Golden Dragon shopping complex where we bought quite a bit of paintings and ornaments. 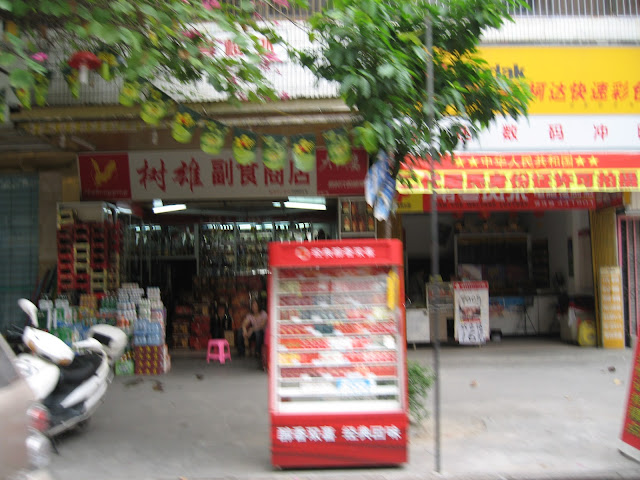 A liquor store and an eatery next to each other 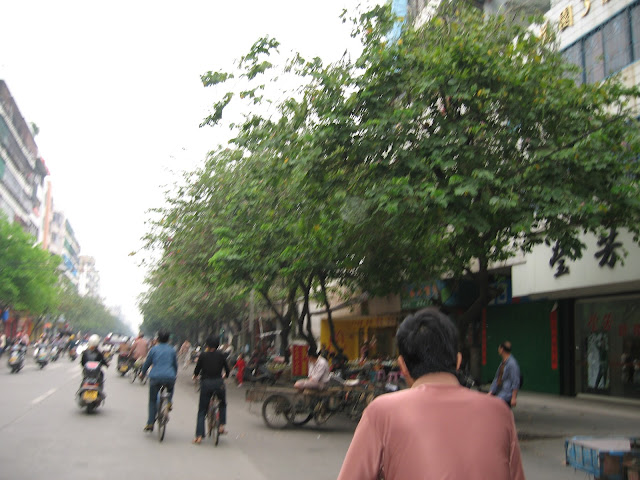 We were riding a tricycle when taking these photos 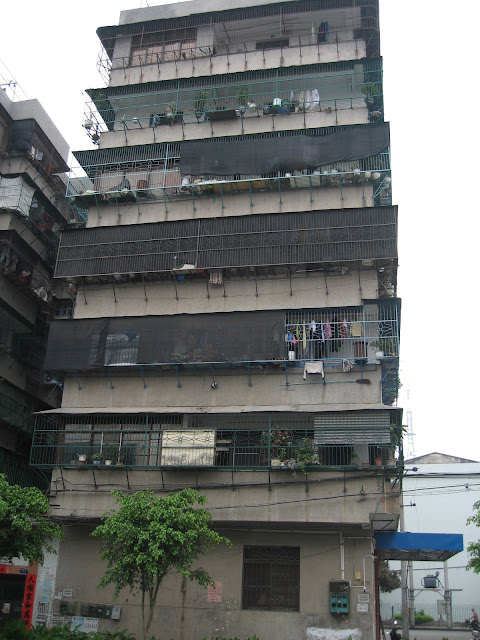 The building where my cousin lives. He is on the 6th floor and the building is not serviced by a lift 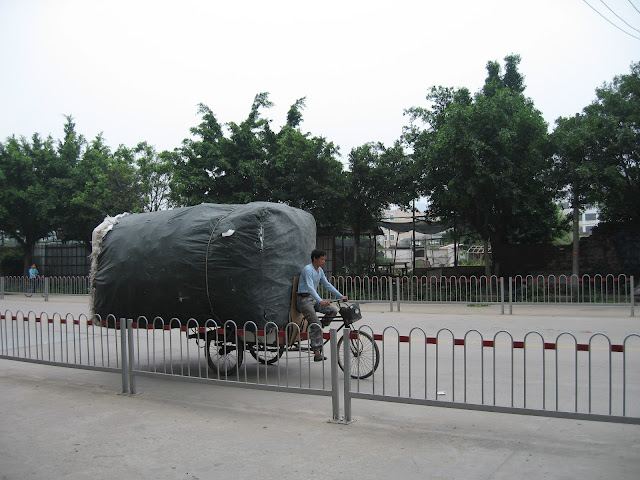 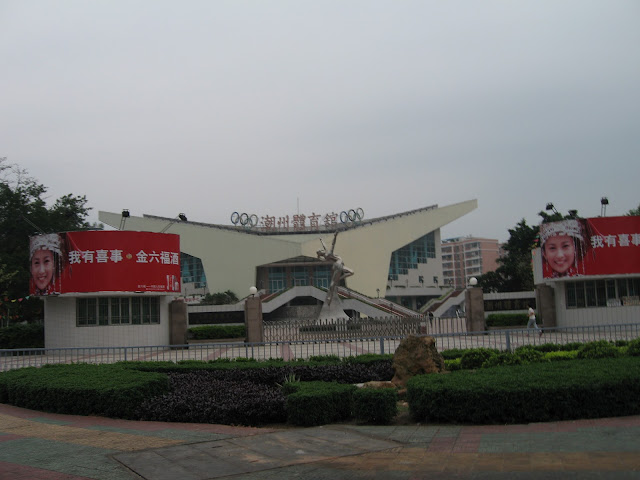 This is the sports stadium. 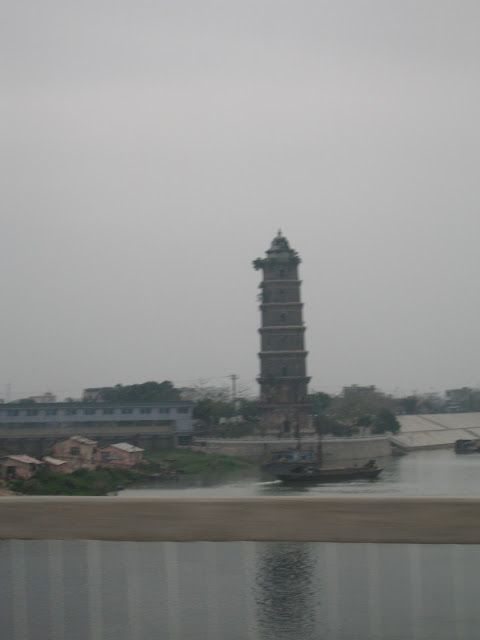 This is the pagoda next to the Han River that flows through Chaozhou city. Legend has it that as long as the pagoda stands next to the river it will never flood because it had been fengshuied to protect the city from inundation
Posted by Unknown at 06:13