We took the MRT from Taipei Main Station to Danshui. The train ride took about 40 minutes. Danshui lies to the north of Taipei. The town is very small. The commercial area consists of a few rows of shops selling traditional local foods, Taiwanese snacks and souvenirs. Every street in the commercial area was packed with people and the shops were having very brisk business.

Our visit was on a Saturday. The large crowd appeared to comprise of both the local Taiwanese from out of town as well as foreign tourists. It was a scene typical of a busy bazaar. We saw local Taiwanese families strolling in the shops and park, families eating in restaurants, doting grandparents with grandchildren running around in the park and harassed young mothers trying to pacify their bawling kids. Towards the evening, the street artists and musicians made their appearances. Their performances attracted huge crowd of people.
The main attraction seems to be Danshui's beautiful sunset. So, we hung around the park waiting for dusk to come. We browsed  through the shops, snacking on their local delicacies on display and the seafood tidbits which could be bought from the shops lining all the way to the wharf. 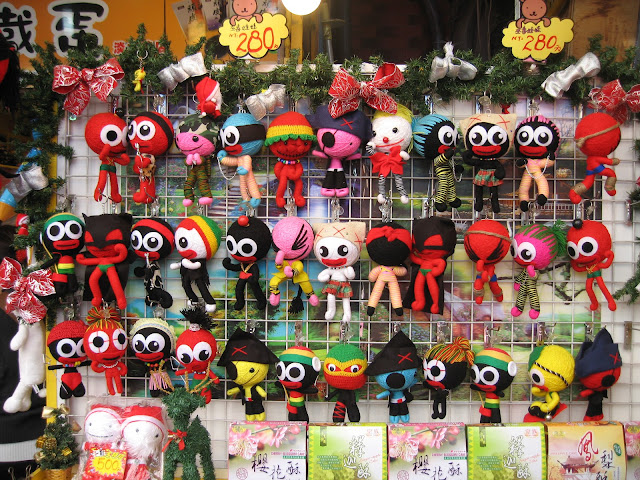 This store sells pretty crafted Voodoo dolls. We bought several of these Voodoo dolls as souvenirs 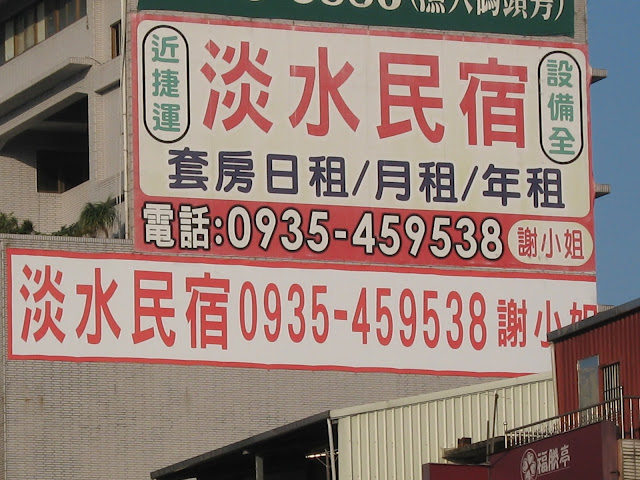 Danshui is full of hostels offering cheap rooms. This is only one of the many signboards offering rooms to let. Hostels are known as min su in Taiwan and they are exceptionally popular.

Tired of strolling the streets and shops and laden with shopping bags, we decided to have an early dinner before viewing the sunset. So once again we strolled through the streets looking for the best  seafood restaurant that caught our fancy.  We finally decided on a shop nearer to the wharf where we kept  hearing a guy repeating himself extolling the virtue of something through 'shou gong ba mao'. We finally understood what message he was trying to convey to the public. It seemed that the mussels that he was selling had hair-like substances removed manually which means all the unwanted stuff was properly removed.

Here's the food we had in Danshui :

I wish I had a camcorder with me then to capture the setting sun. It happened very fast. In a matter of few minutes the sun had gone down over the horizon. It was beautiful.

Boats are for hire for those who wish to view the sunset far out in the sea.

The stages of the Danshui sunset as captured by my camera : 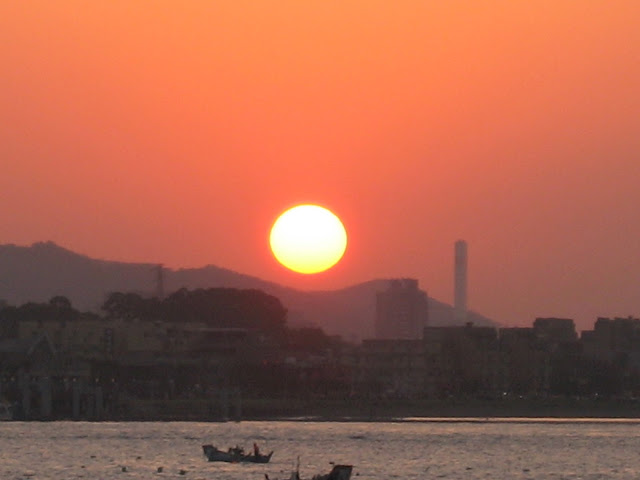 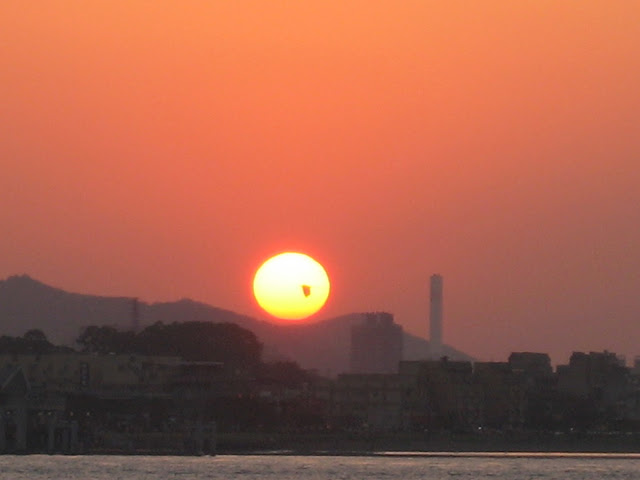 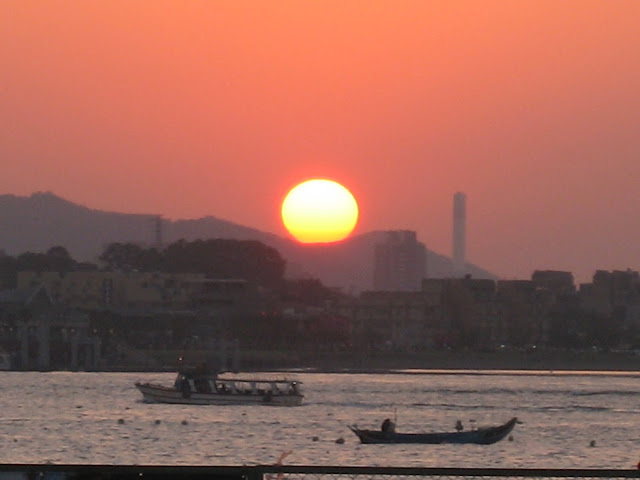 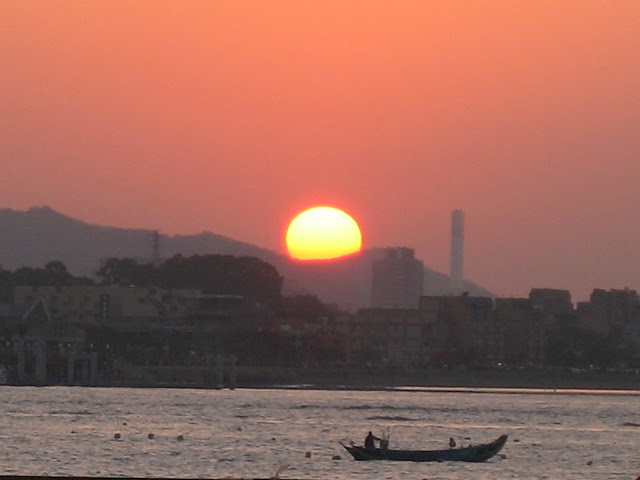 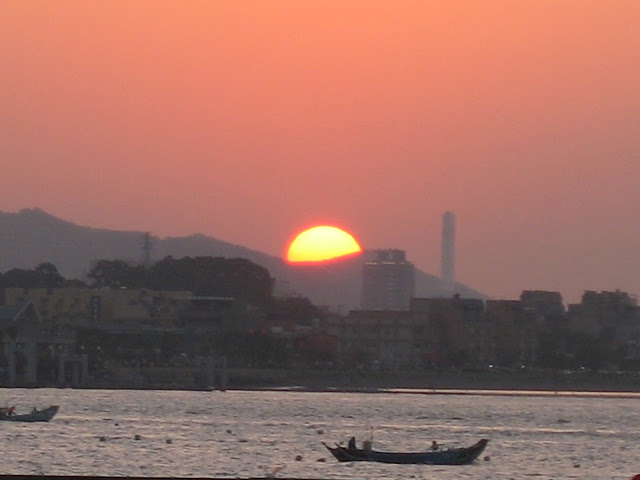 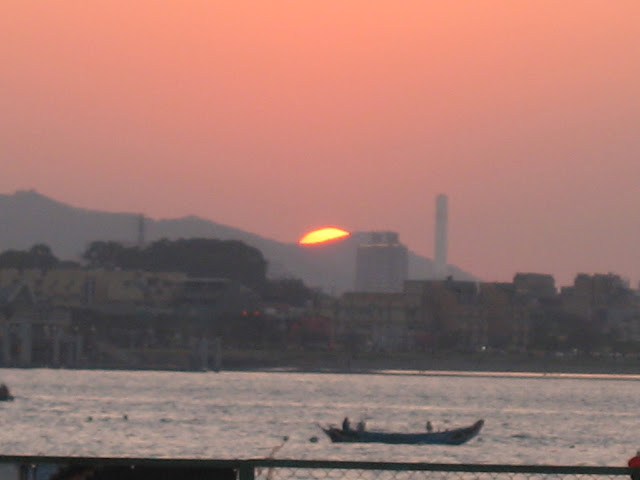 A Beautiful Sight to Behold !